Now the key film festivals are behind us, we’re starting to get a sense for what films may be considered on awards terms, as we creep ever closer to the biggest ceremonies of the year. Which means one thing – movies are getting better again (yay!). Here’s our list of the five you simply won’t want to miss this October…

I mean, we all sort of expected this would be good, but I don’t think we could’ve anticipated it being this good. Critics are going crazy for Denis Villeneuve’s sequel to the Ridley Scott masterpiece – with what seems to be a sci-fi masterpiece of his own. Breathtaking effects, a strong narrative and impressive performances from Ryan Gosling, Harrison Ford and Jared Leto could well make this the very best blockbuster of the year – despite the fact it’s ever so slightly out of blockbuster season.

Think Captain Fantastic but with more grit, The Glass Castle thrives in its two lead performances, bringing out a remarkable turn from Brie Larson and yet another excellent, nuanced performance from the always-impressive Woody Harrelson, who could get some awards buzz for this one. It’s the tale of a real life dysfunctional family, revelling in the very notion that we’re a little messed up, and sometimes that’s nothing to be ashamed of. 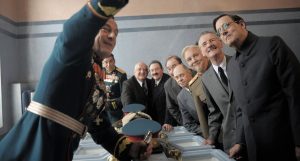 The Death of Stalin

Armando Iannuci turns the Stanlism into a complete and utter farce – and there aren’t many sentences that enticing when it comes to selling a movie. Add to the fact Steve Buscemi is in, and you’re looking at one of the most eagerly anticipated comedies of the year. With a stellar cast assembled, and a film that remains gloriously faithful to the director’s sensibilities as a comic filmmaker, expect to laugh consistently throughout this movie, but be warned, things get very dark. And yet it’s still funny. 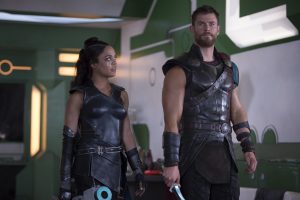 It feels like a while since we had a Marvel movie to look forward to, and there aren’t many in the pipeline as exciting at this one. Perhaps it’s the quality of the Thor films that have preceded it, or maybe it’s that Taika Waititi is at the helm, either way it would come as a huge surprise if the MCU weren’t sitting on yet another triumph. 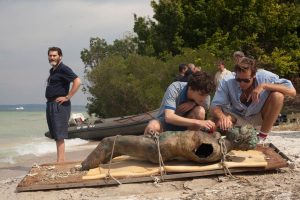 Potentially the best film to have been released this year – and a real contender for the Best Picture award at next year’s Oscars, Luca Guadagnino’s beautifully romantic drama is just sensational cinema. Armie Hammer is mesmerising, and the young Timothee Chalamet excels, as they play two lovers who fall for each other across a summer in Italy. It’s a real celebration of love, and at a time when hate films the news, there’s nothing better than indulging in a film of this nature. Don’t miss it, whatever you do.