A new set image has arrived from Shane Black’s The Predator. The photo is from the film’s shoot in Vancouver and gives us our first glimpse at the new creature.

And here’s a closer look: 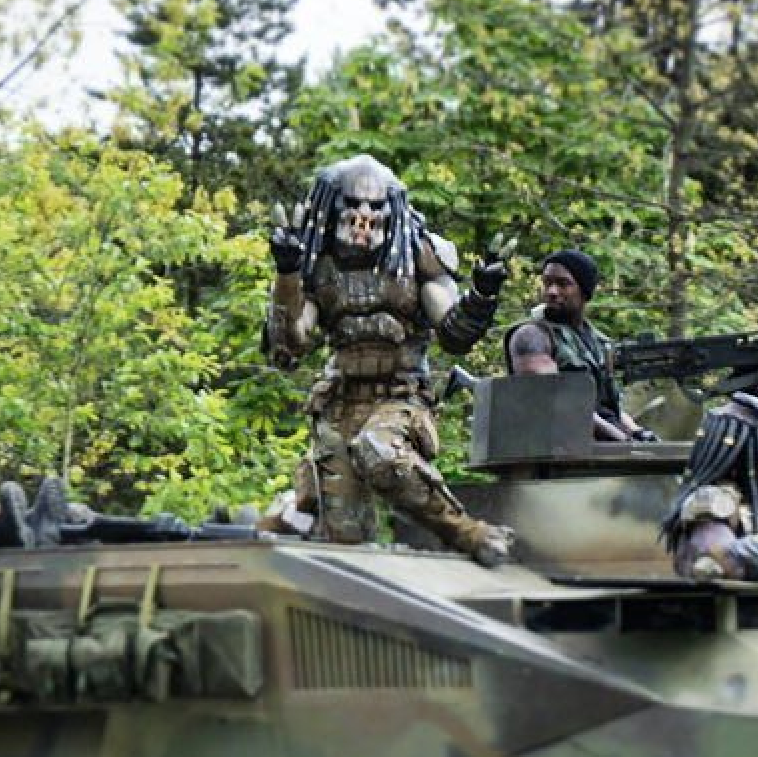 Boyd Holbrook, Olivia Munn, Trevante Rhodes, Keegan-Michael Key, Sterling K. Brown, Alfie Allen, Jacob Tremblay, and Thomas Jane are amongst the cast of the film, which is said to be set largely in suburban America. See the full main cast assembled below:

The new film follows the 1987 original, which starred Black and Schwarzenegger, before Predator 2, starring Danny Glover, hit cinemas in 1990. A third film, Predators, was released in 2010 which starred Oscar Winner Adrien Brody.