A new poster for crime drama Imperium has been released, giving us a first look at Daniel Radcliffe’s character. Check it out below via EW: 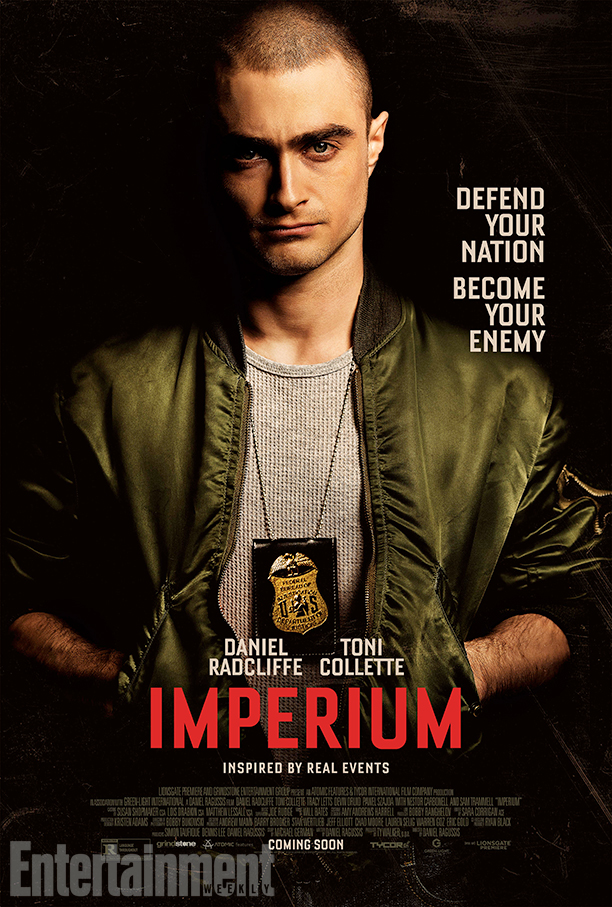 Radcliffe plays an undercover FBI agent that infiltrates a group of white supremacists to stop them from detonating a dirty bomb.

The Harry Potter actor continues to cast off his childhood image, taking on many serious roles this year with the likes of Victor Frankenstein, Now You See Me 2 and Swiss Army Man.

And we can see him as Nate Foster in Imperium when it hits screens on August 19th.