The Mouse House has officially released the first image of Emily Blunt as Mary Poppins.

The photo reveals Blunt as the titular magical nanny in director Rob Marshall’s Mary Poppins Returns, which derives inspiration from P.L. Travers’ books. While we don’t get a very good look at Blunt’s face, she’s draped in a blue coat with a brand new bag. 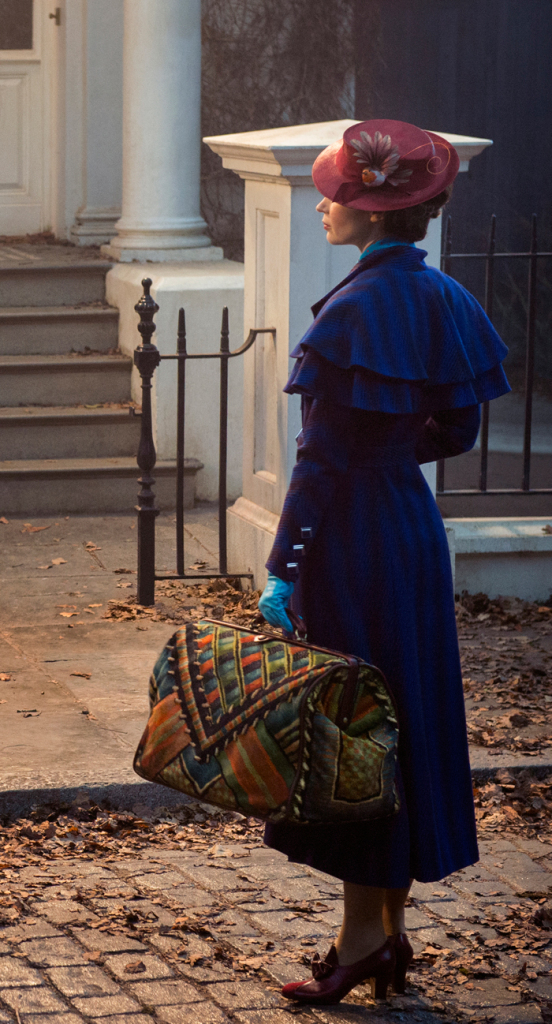 While this sequel is set 25 years after the original film, it appears that Mary herself hasn’t aged a day. However, Jane (Emily Mortimer) and Michael Banks (Ben Whishaw) are all grown up now. As the Banks family falls into a great depression, Mary Poppins returns to bring joy back into their lives. Along the way, she gets help from a lamplighter named Jack ( Lin-Manuel Miranda). The cast will additionally include Meryl Streep, Colin Firth, Angela Lansbury, and Dick Van Dyke with original songs by Marc Shaiman and Scott Wittman.

Look out for Mary Poppins Returns when it hits theaters on December 25, 2018.