It’s being predicted that the eighth film in the Fast and Furious series, The Fate of the Furious, will move the franchise into the top 10 of all time. According to Deadline, Fast and Furious 8 is expected to make between $375 million and $440 million worldwide in its opening weekend.

If it surpasses $400 million, it will beat the franchise’s current record set by Fast & Furious 7, which made $397.7 million in 2015. Domestically, analysts are forecasting a $100M-$110M debut, which is less than F7‘s $147.1M US opening. However, according to Box Office Mojo, it’s almost certain to take the series into the top 10 highest-grossing domestic movie franchises: 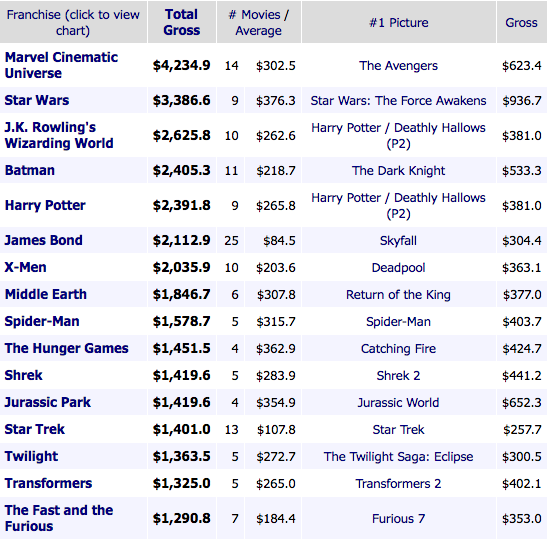 It’s currently 16th but is expected to make a similar amount domestically to the last film, which will see it overtake Spider-Man into 9th place. Worldwide it’s expected to do even better and become the 6th highest-grossing movie franchise of all time.

The Fate of the Furious crashes into theaters on 14th April.