We got a glimpse of the Wasp’s costume at the end of the original Ant-Man. Now new a image has surfaced with Evangeline Lilly wearing her superhero attire.

I am honoured to be on set today playing #TheWasp on what would be Jack Kirby's 100th birthday.
.#ThankYouJackKirby #AntManAndTheWasp pic.twitter.com/EBsV8jTK34

The latest picture shows Lilly wearing the costume’s helmet, which has a fair deal in common with Ant-Man’s. 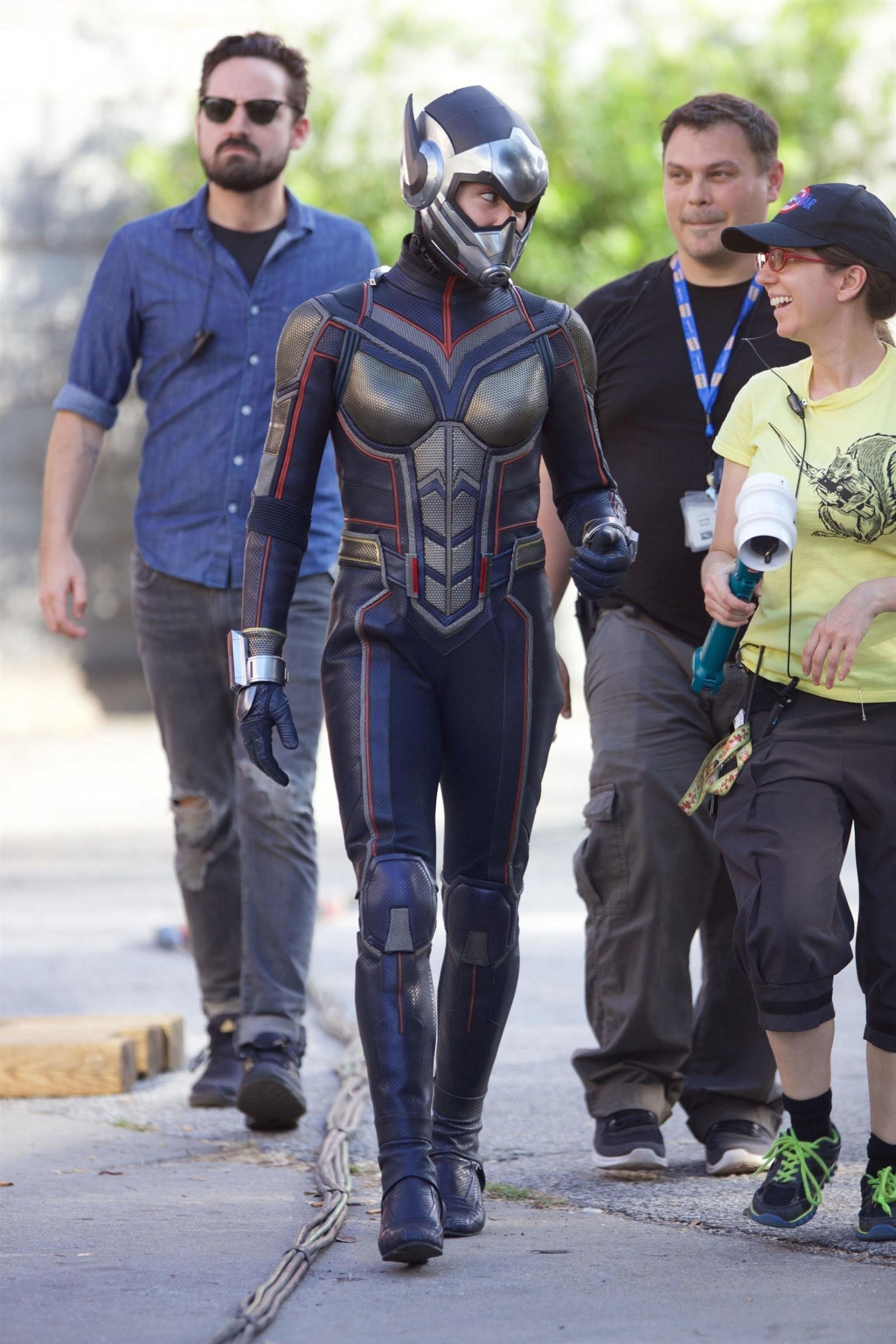