Warner Bros. Pictures have today unveiled the first poster for Dunkirk, the WWII film written and directed by Christopher Nolan (The Dark Knight Trilogy, Inception). The director’s first film since 2014’s sci-fi epic Interstellar, this one looks equally grand in scale and tells of the true events of the evacuation of Dunkirk that saved 330,000 lives. (via Collider) 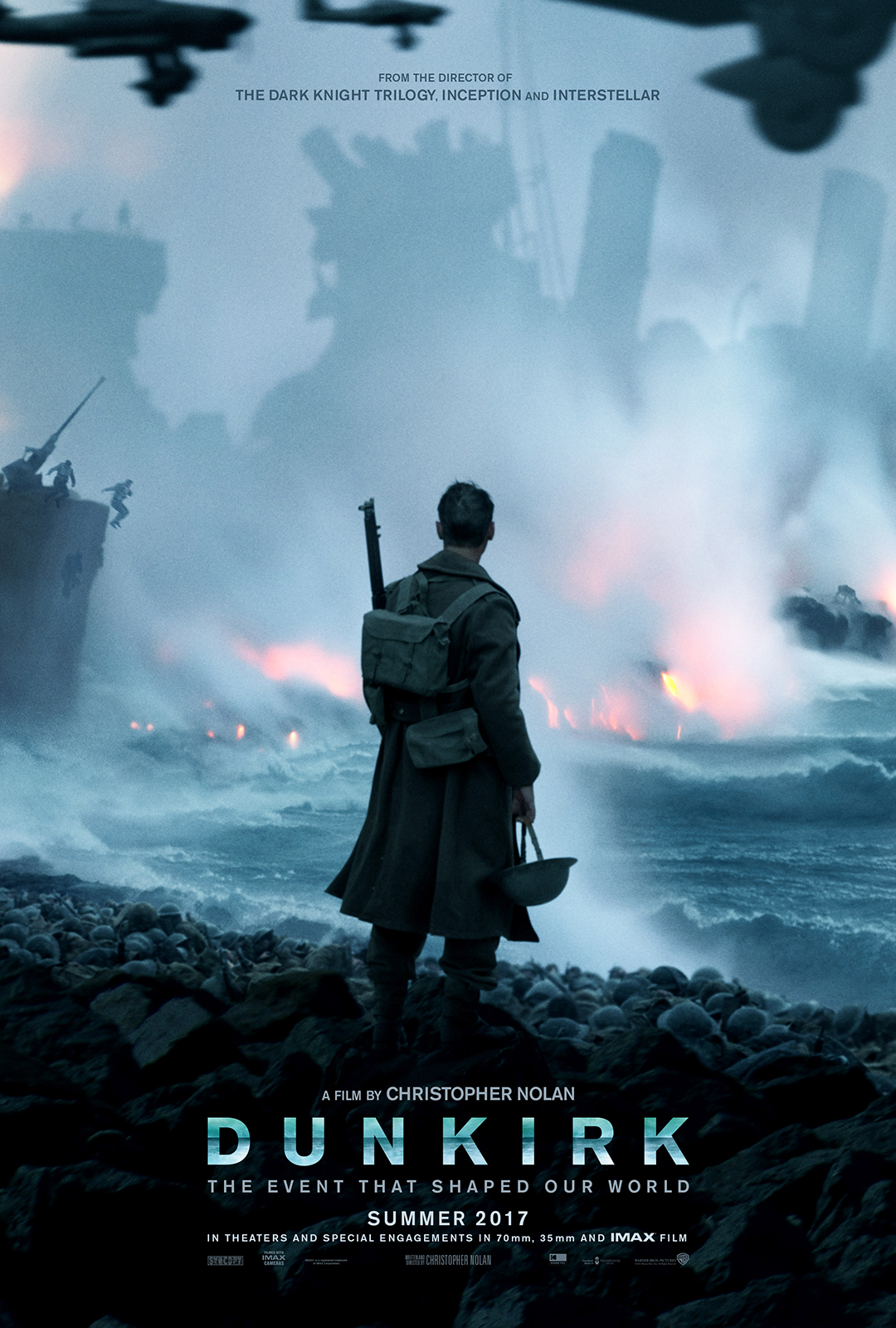 Similarly to Nolan’s last few movies, Dunkirk is filmed using IMAX cameras, specifically 65mm IMAX and 65mm large-formats, to shoot his film. As a special treat for those cinema-goers who are off to see Rogue One: A Star Wars Story on IMAX, a 7-minute preview of the film will screen prior to the Gareth Edwards-directed film. For those who aren’t, don’t worry, as a new trailer is expected later this week.

Dunkirk opens as hundreds of thousands of British and Allied troops are surrounded by enemy forces. Trapped on the beach with their backs to the sea they face an impossible situation as the enemy closes in.