As far as original content goes, Amazon Video has struggled to keep up with Netflix’s vast library of game-changing shows. They’ve also fallen behind Hulu in terms of awards recognition, what with The Handmaid’s Tale dominating the Emmys. Nevertheless, Amazon has still left its mark on the streaming scene with shows like Mozart in the Jungle, The Man in the High Castle, and of course Transparent. Interestingly enough, though, some of their best material isn’t exclusively aimed at adults, but at family audiences.

Over the past several years, television has brought us a plethora of brilliant shows primarily aimed at kids, including Adventure Time, Steven Universe, and Gravity Falls. Of course one thing those three shows have in common is that they’re all animated. Meanwhile, live-action kids shows generally comes off as lazy and uninspired. That’s not the case with Amazon, which has delivered a slew of inventive, engaging live-action programs for families, from Just Add Magic to The Kicks. The best of the best would have to be a lost treasure called Gortimer Gibbon’s Life on Normal Street. 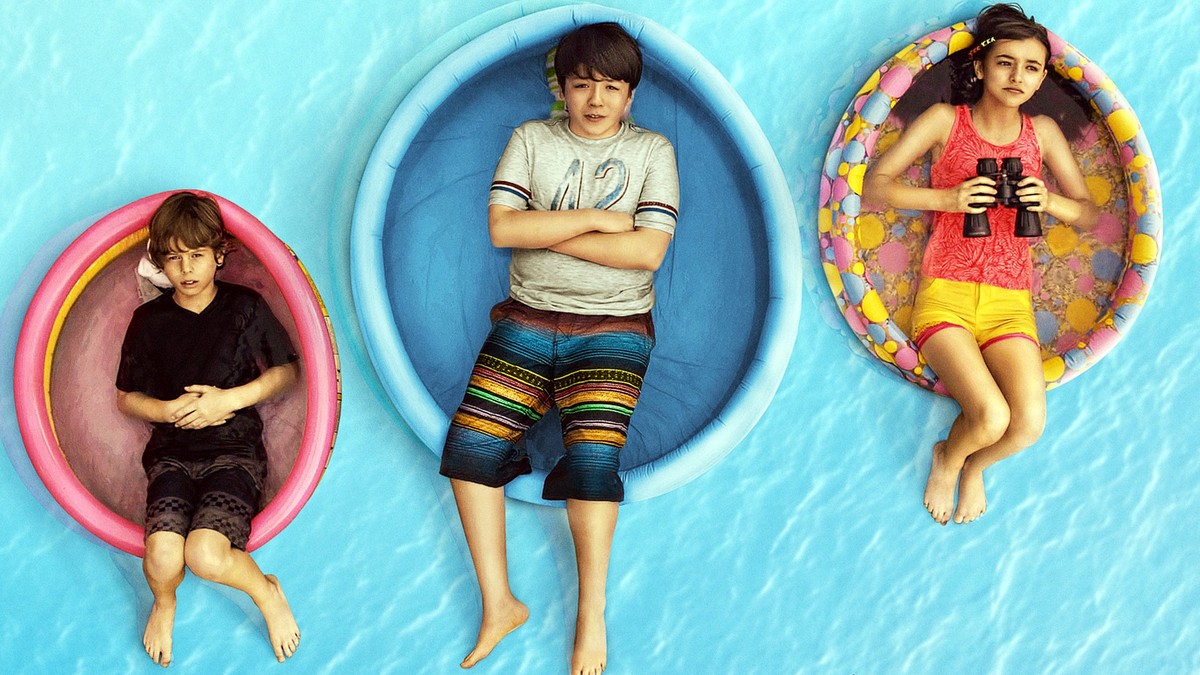 When I say “best of the best,” I don’t just mean the best Amazon kids show. I mean the best original show on Amazon Video period. If I had to name my personal favorite steaming service shows overall, Gortimer Gibbon’s Life on Normal Street would be right up there with Stranger Things and Unbreakable Kimmy Schmidt. Yet, whenever I recommend this gem to people, I always get the same questions: “How come I’ve never heard of that show?” “What’s it about?” “Why is it so special?”

I can’t give a definitive answer to first question, although the marketing might be the most obvious reason why the show didn’t find a larger audience. As for what it’s about, the series naturally revolves around Gortimer and his friends as they have various adventures on Normal Street. Just as Regular Show is anything but regular, Normal Street is anything but normal. As for why it’s so special, where do I begin?

Like the main character’s name, the series is quirky and utterly unique. As fantastic as Gortimer’s life is, there’s also a layer of brutal reality that sneaks up on the audience. Many episodes start out like a daydream: lighthearted, whimsical, fun. While some stories build up to a happy ending, others force us to accept the challenging fact that life doesn’t always work out the way we want. There’s a certain point in our childhoods where anything seems possible and another point where we realize that there’s not going to be an easy solution to everything. Somewhere in between these two points, you get Gortimer Gibbon’s Life on Normal Street. 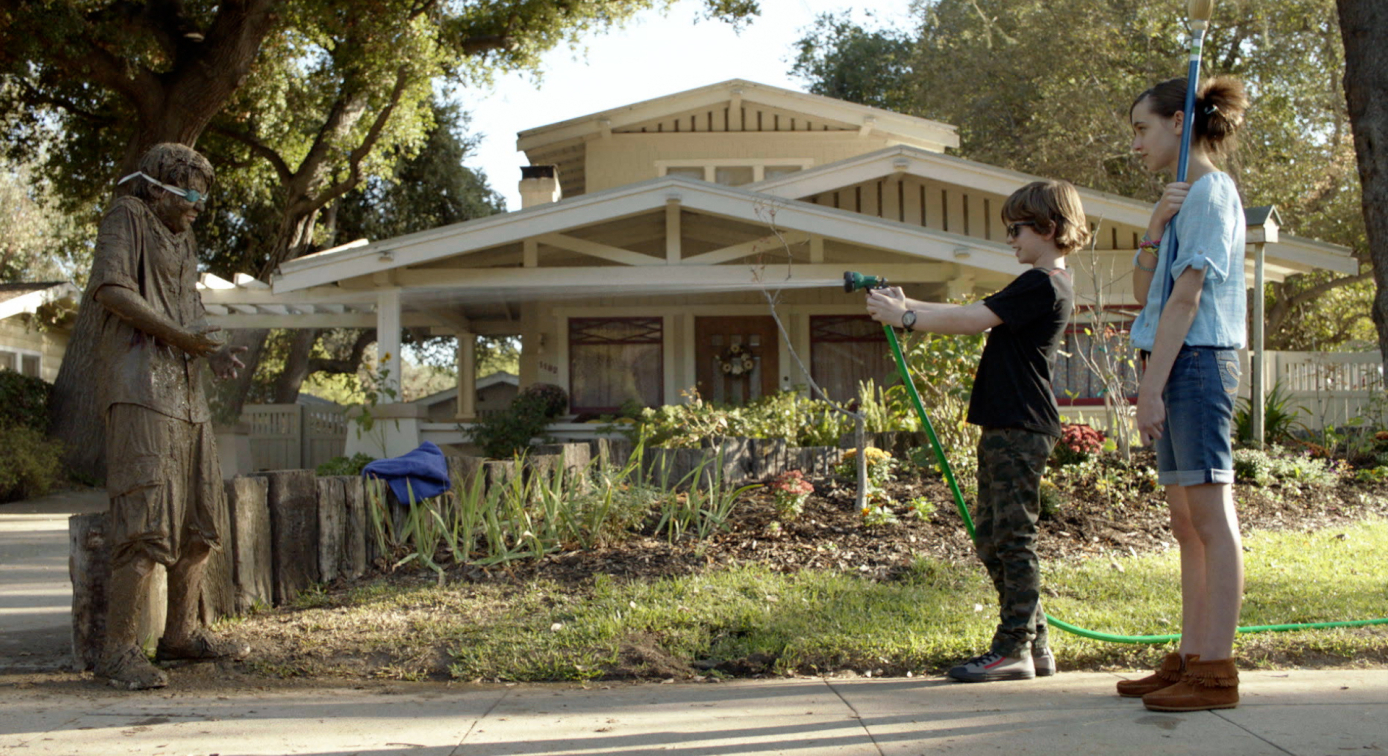 David Anaxagoras’ creation is often compared to Eerie, Indiana and The Adventures of Pete and Pete. To me, the show that it has the most in common with is The Twilight Zone. While Gortimer isn’t an anthology series, its colorful world makes leeway for countless scenarios. While The Twilight Zone is often remembered for aliens and pig-nosed people, each episode had something meaningful to say about humanity. Something similar can be said about Gortimer Gibbon’s Life on Normal Street, which encompasses both the magic of childhood and the raw honesty of childhood.

Beyond that, it’s hard to talk about why the show is so special without zooming in on some key storylines. So here are the Top 10 Episodes! Keep in mind that there will be a few spoilers ahead, so maybe just stop reading this article and go watch the show:

As strong as the writing and directing was, this show never would’ve succeeded without its gifted young cats. This episode allows everyone a chance to play against type, as a student ID card machine creates a fiasco right out of Freaky Friday. The body swap setup not only amounts to some great comedy, but also some strong character development that makes everyone feel more fleshed out by the end.

Although Mel is clearly the most qualified candidate for student council president, everyone begins to aimlessly follow Ranger, whose victory appears to be tied to a strange gavel. Gortimer and the gang come across a variety of mystical trinkets throughout the series and the gavel has one of the most legendary backstories, making for one of the show’s most humorous and creative outings.

After finding a signature on his cast from someone named Abigail, Gortimer sets out to put a face to the name. This episode not only delivers an engaging mystery, but also marks the beginning of a legitimately cute romance. While Gortimer and Abigail might not live happily every after, their ongoing relationship over the show’s course truly captures the sensation of first love.

When Gortimer is lead to believe that Mel has a crush on him, he decides to acquire a mind-erasing pencil to salvage their friendship. However, he has a change of heart after meeting the pencil’s owner (Luke Matheny, also the episode’s writer), who has erased so many bad memories that he can barley function in the world. Much like Eternal Sunshine of the Spotless Mind, this episode wisely demonstrates why some of the most painful memories are also the most important.

In honor of the blood moon eclipse, Mel invites the gang over for a slumber party to swap scary stories. When an eerie presence emerges, though, the sleepover becomes a ghost story in itself. This episode will keep you guessing from start to finish, complete with a chilling buildup and a clever payoff.

Like the previous episode, this episode sucks the audience in with its wonderful sense of mystery and doesn’t let us down with its final destination. At a whodunit party, Gortimer’s friends are taken over by the personas of their characters. The only way to restore everyone back to normal is to narrow down the suspects and find the culprit behind a robbery. Think Clue Jr., but with an inspired twist.

For much of the first season, Gortimer’s dad is only mentioned in passing. This episode provides a deeper look at their relationship and the results will resonate with any child that’s been effected by divorce. Although he loves his children, Gortimer’s father has an important, demanding job that requires him to be away. When a rainbow hits Normal Streets, however, he’s motivated quit his job and spend more time with his family. While this seems like a dream come true, Gortimer soon comes to learn that sometimes we need to sacrifice our happiness for the greater good. The lesson at the end of this rainbow might be bittersweet, but it’s one every young adult should take to heart.

There are some moments we want to last forever. When Gortimer, Ranger, and Mel wish for their camping trip to never end, they find themselves in a perpetual state of childhood innocence. The longer they stay in this time loop, though, they begin to realize that life isn’t about standing still. It’s about moving forward, even if we’re afraid of what’s to come.

This show was never afraid to tackle heavy issues, but it came as a complete shock when Mel found out that her mother died. In the same vein of The Bridge to Terabithia, Mel vs. the Future is a haunting and authentic depiction of how children respond to death. That might sound odd, seeing how the episode also incorporates time travel into the mix. Even with the element of sci-fi, however, Mel’s emotional journey couldn’t be more relatable, as she endures the five stages of grief. Devastating, poignant, and not condescending in the least, it’s an episode that hits the audience hard and leaves you reaching for the tissue box. 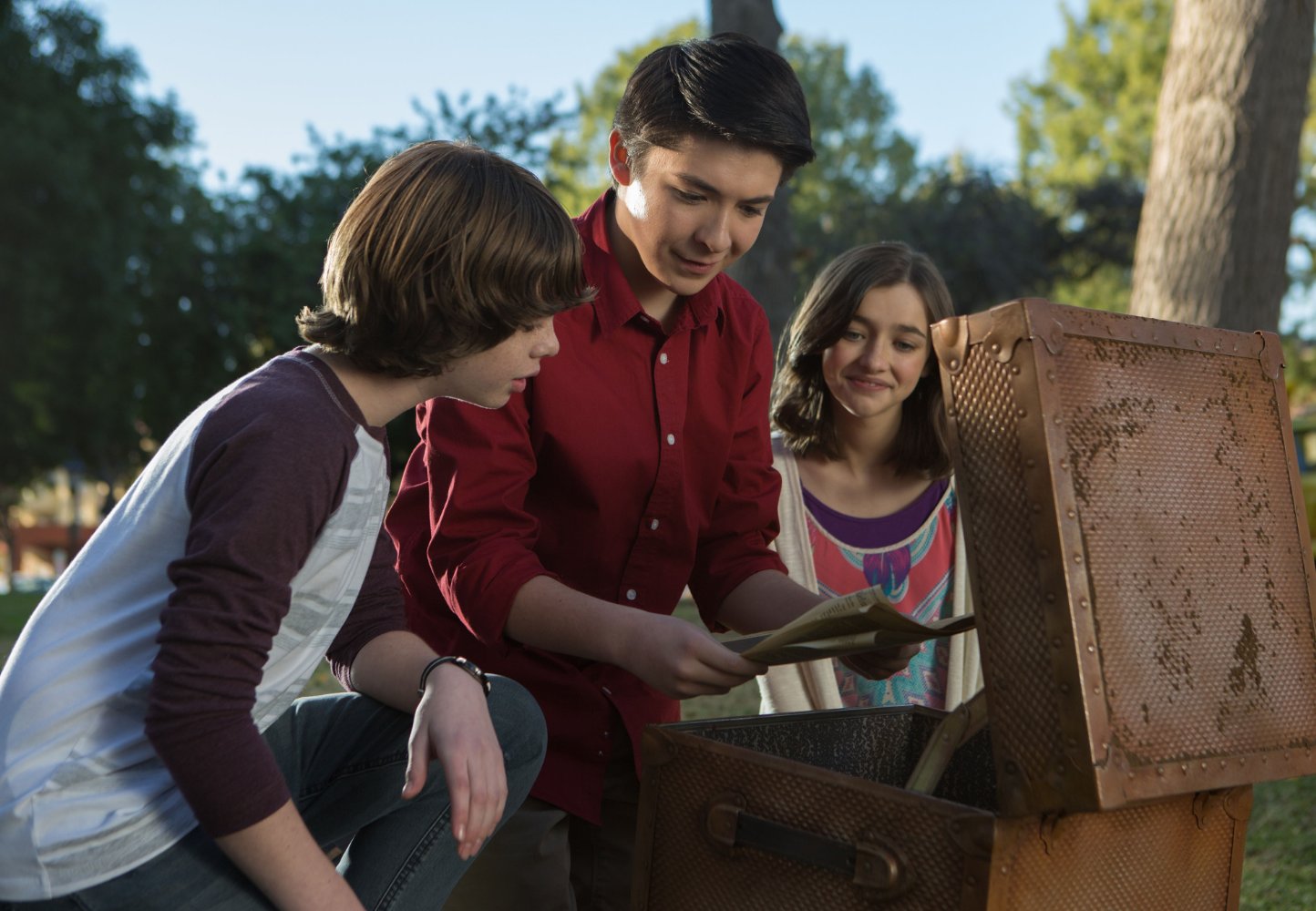 With Gortimer’s last day on Normal Street looming, the trio that started it all decides to put their most treasured mementos in a time capsule, leading to several fun callbacks. The time capsule comes to represent everything Gortimer has to let go of in order to move on. As difficult as this proves for Gortimer and his friends, they ultimately discover that the memories they made will last forever. Even then, however, saying goodbye is never easy and this episode epitomizes why. Just as Gortimer isn’t ready to bid Normal Street farewell, neither is the audience. As Gortimer rides off to his new life, we’re reminded why this shows deserved to last so much longer than two seasons. At the same time, though, at least we can take comfort in the fact that the series didn’t overstay its welcome and ended on just the right note.

3 comments on “Did audiences miss the best show on Amazon Video?”