BBC have had some huge success with their new bedtime story series on CBBC with The Revenant and Taboo star Tom Hardy appearing on a few occasions over the last year, as well James McAvoy, David Tennant, Rosamund Pike, Damian Lewis and David Hasselhoff. 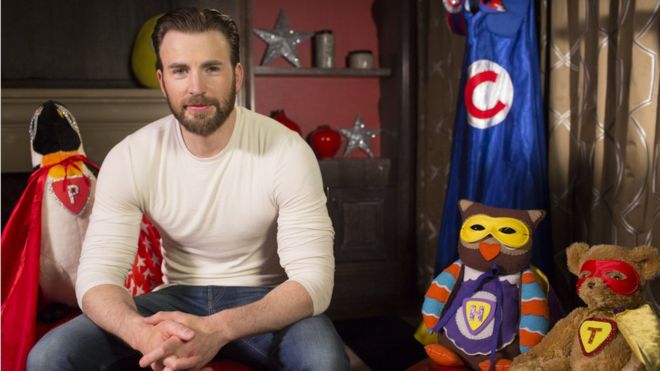 Now, a member of the Avengers is set to join the long roster of talent with news that Captain America star Chris Evans is to read a bedtime story on one of the upcoming episodes. The star told BBC that he was “honoured” to be asked to be on “such a special show”.

He said:
“I hope families have as much fun watching as I had reading.”

Evans, who is currently in US cinemas in his new film Gifted, is to read “Even Superheroes Have Bad Days” by Shelly Becker and Eda Kaban – a book that “shows children how to cope when they are feeling overwhelmed by their feelings.”

The episode will be on the CBeebies channel on 10 May at 6.50pm.