CJ Parker, the role formerly filled by Pamela Anderson in the cult TV-Series Baywatch, has a new actress to squeeze into her swimsuit in the upcoming movie reboot.

Baywatch star Dwayne “The Rock” Johnson revealed on Instagram that Sports Illustrated model Kelly Rohrbach will take on the role. In the Instagram post, Johnson and and his new co-star can be seen strutting their stuff in a slow motion video. 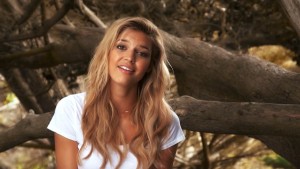 Rohrbach has previously appeared on television series Two and a Half Men and Rizzoli & Isles but she is now set for her biggest role yet as she joins the likes of Zac Efron and Alexandra Daddario in Baywatch which is set for release in 2017.