To celebrate the Fourth of July, Paramount Pictures has released a red, white, and blue poster for the Baywatch reboot. 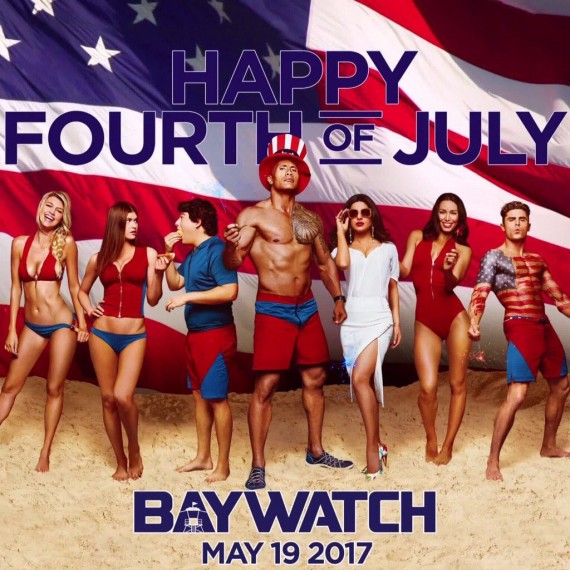 Independence Day has never been sexier.