It’s reached the time of year when film fans start speculating on who will win what come awards season. One of the most fascinating to discuss is the Best Actor award, with a list of those deserving a nomination sometimes much longer than the final list of those who have one. When moving on to Best Actress it’s generally a shorter conversation, and sometimes, even finding five standout performances can be a struggle. Even when they’re fully deserved – like Emmanuelle Riva for Amour – you do have to ask, was she really that much more impressive than the overlooked Jean-Louis Trintignant in the movie? And wasn’t Tom Courtenay just as absorbing in 45 Years as Charlotte Rampling? Because he didn’t get a nomination either, while Naomi Watts got a nod for The Impossible when Ewan McGregor didn’t even appear to be in the running. And why? Because there was too much competition in the Best Actor categories, it was too challenging to fit them all in.

Now before you rush to the comments section to hurl abuse, let’s make this completely clear – this is in no way a reflection of the talent and ingenuity of actresses, who match their male counterparts at every turn – it’s simply because there isn’t the same wealth of nuanced, leading roles on offer. Until now. As, and for the second year running, we’re looking at a Best Actress category that is undoubtedly superior, as a much-needed shift in Hollywood appears to have taken place (last year we had Blanchett, Larson, Rampling and Ronan competing, where any would’ve deserved to come out on top). Of course we’re far from being there yet, statistics still very much favour men in the industry, both those telling the stories on screen, to those crafting them from behind the camera, but we have seen an improvement, some form of progression – and we can only hope it’s a sign of things to come.

There will be some rooting for another Meryl Streep nomination – which would take her up to 16 in total – for portraying the eponymous role in Florence Foster Jenkins, but you need two to call it a race, and with Arrival finally hitting our screens, we’ve got our first challenger, in the consistently wonderful Amy Adams, in what would be her 6th nomination, and first since American Hustle in 2014. She plays Dr. Louise Banks in Denis Villeneuve’s sci-fi endeavour, and turns in a subtle display, empathetic and mesmerising. She has the remarkable ability to be so vulnerable, and yet completely investable as a hero, strong-willed and fearless, always tinged with a certain fragility which makes for a truly human creation.

There’s been some speculation concerning Nocturnal Animals too, but Oscar rules state she can only be nominated in the category for one film, and it would be something of a surprise if she put her eggs in the the latter basket, for while naturally brilliant, it’s in Arrival where she truly shines. It’s not her strongest career performance, that would most likely be her turn in Doubt, but it’s worthy of Oscar recognition nonetheless, though at next year’s ceremony, she’d be very, very fortunate to walk away a winner, because the competition is staggeringly strong. 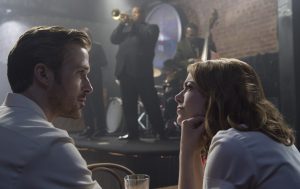 The favourite, and for good reason, has to be Emma Stone in La La Land, though there’s been plenty of buzz around Natalie Portman, who stars as Jackie Kennedy in Pablo Larrain’s first English-language production Jackie. There’s also Ruth Negga in Loving, such a gloriously understated, moving display which on any other year could see her take top prize. Annette Bening is chasing her fifth nomination too, for her starring role in 20th Century Women. Other names in the mix consist of Emily Blunt (The Girl on the Train), Marion Cotillard (Allied), Taraji P. Henson (Hidden Figures), Isabelle Huppert (Elle) and Academy favourite Jennifer Lawrence (Passengers).

There’s one notable absentee from that list above, which is Viola Davis, who is being talked about as something of a safe bet in picking up an Oscar next year for her role in Denzel Washington’s directorial outing Fences. Though having been discussed on Best Actress terms, it seems she’s campaigning for a supporting nod instead. Not a bad idea, the former category is so strong this year she’ll have a much better chance of winning this way around.

Though that being said, and a further example that is emblematic of the rise in female roles, is that the supporting category is also insanely strong. This is the best possible evidence that female roles are getting better, and more frequent, that it’s not just female-led movies that contain meaty, full-bodied roles that ask questions of the performers, now we’re seeing supporting parts in male-driven films be equally as layered and imperative to the narrative at hand.

Davis is the favourite, but she’ll be up against Michelle Williams for Manchester by the Sea, and Naomie Harris for her turn in the exceptional drama Moonlight – so it’s far from a certainty. Felicity Jones (A Monster Calls), Nicole Kidman (Lion) and Lupita Nyong’o (Queen of Katwe) are the others in the mix. It’s also worth noting how many black actresses are being discussed too, with Negga, Davis and Harris in particular are all stunning in their respective roles, and almost guaranteed to be nominated at the forthcoming awards. 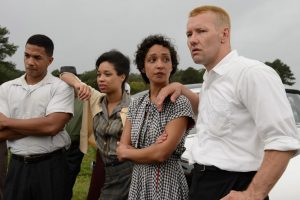 It seems unfair to cite the Best Actress category as being stronger without looking at the competition, but when doing so, it’s hard to come to any other conclusion. Proven by the fact (and here’s a reversal of an earlier point) – that such is the strength of the women’s category next year that Negga is unlikely to win an award, and yet Joel Edgerton, her co-star in Jeff Nichols’ Loving, is one of the frontrunners – and there’s not much between them in terms of performance. That said, he’d be lucky to win, as Casey Affleck is deserving of that accolade for Manchester by the Sea, while others in the mix include Ryan Gosling (La La Land), Tom Hanks (Sully), Denzel Washington (Fences) and Andrew Garfield (Hacksaw Ridge). It’s a fine list of wonderful performances, but it’s not quite as strong. Again.

It’s hard to imagine this rise in female roles is coincidental, for there have been many criticisms aimed at Hollywood for the lack of well-crafted characters, and with more female storytellers behind the camera, it’s inevitable we’re to see more films telling female stories, as we strive for equality. The rise in feminism, particularly thanks to social media, has been helpful on that front, and it finally feels that maybe, just maybe, we could actually be getting somewhere.

So while we see a shift in the industry, albeit a slow and incredibly overdue one, it’s encouraging to see a semblance of progression nonetheless, as women are coming out on top. It’s just a shame the recent presidential election couldn’t have followed suit.