As the start of a brand new year is now behind us and the rest of 2016 optimistically looms ahead, we’re going to take a look at five critically-acclaimed movies that have enjoyed the touch of a cinema screen in the States, but still haven’t made their way over to the UK – and why this year should be different. 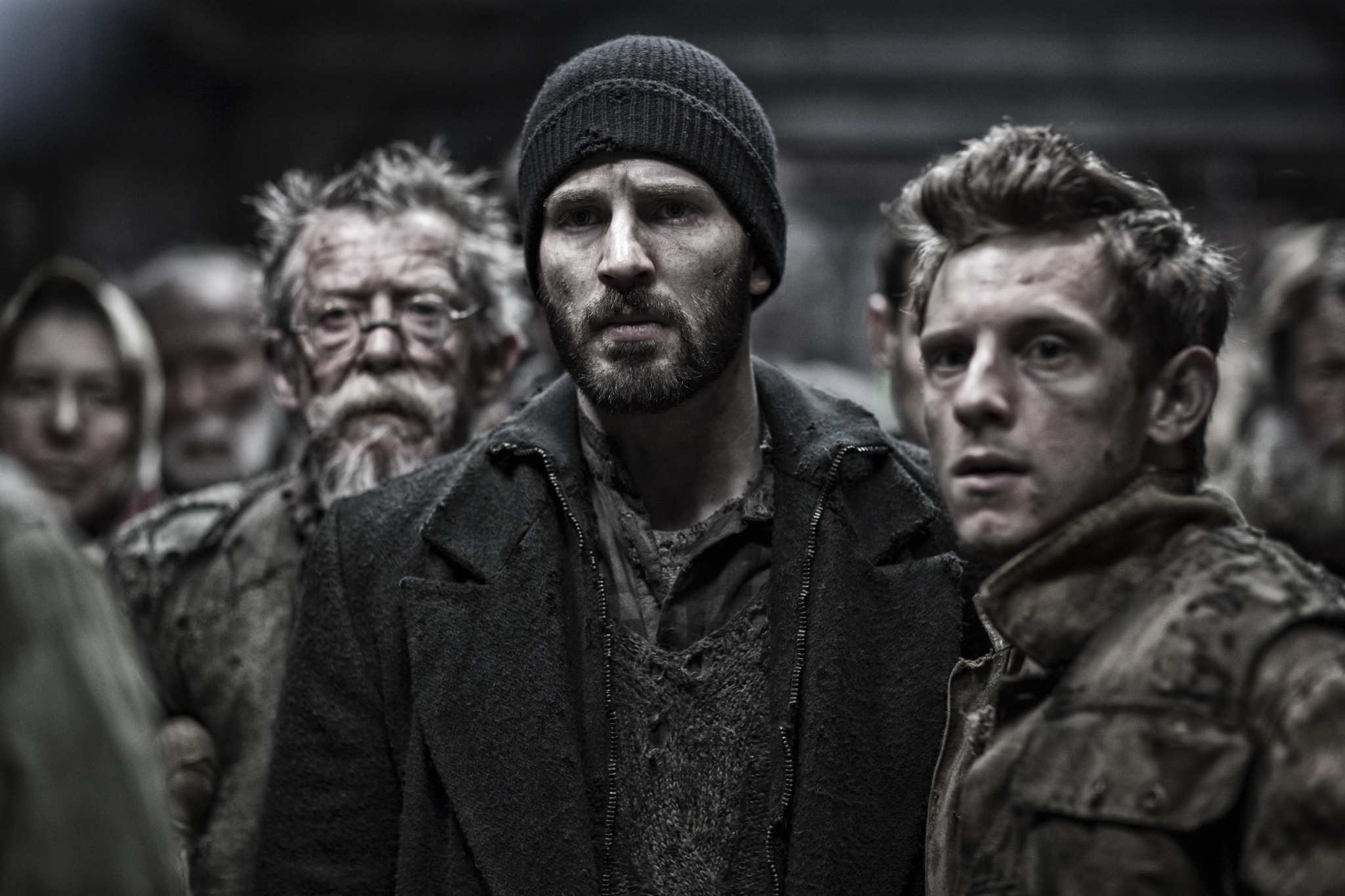 If Snowpiercer was released in any year, it would probably be the best cinematic release from any of the surrounding months. For our money, it’s a narratively deft, ideologically dense action epic on the same level as Mad Max: Fury Road; think Orwell’s Nineteen-Eighty Four on a hyperspeed train, barreling across a frozen futureland, charged by the rocket fuel that is a Joon Ho Bong set piece.

Snowpiercer really does have it all: Chris Evans in an awards-worthy performance (that gasp-inciting monologue); extraordinary levels of suspense (that fire-torch run); a message that will leave the cinema with you (that climactic cameo). The unbelievably good action literally moves the story forward, the narrative gradually grinding uphill through shocks and revelations, before plummeting into a third act that will leave your breath back at the top. The Weinstein Company and Ho Bong never got round to deciding on an international cut, where huge chunks of important story moments would be left on the edit suite floor. The problem is that from the outside, Snowpiercer looks like just another gritty, grim thriller with a sci-fi tinge; the reality is that its skyward ambitions are actually reached, and the film needs its original running time to achieve that. Let’s hope Snowpiercer sees the light of day soon. 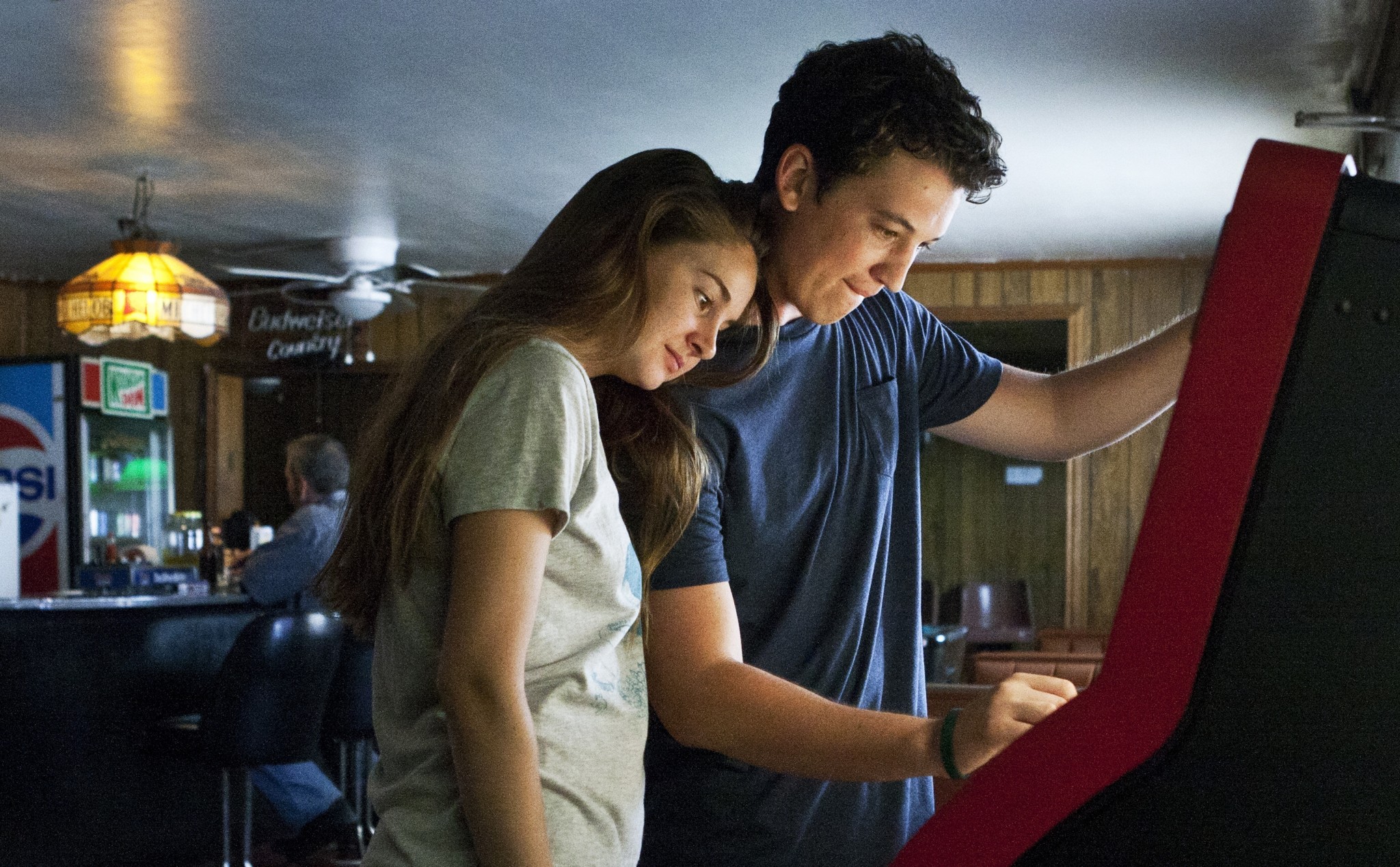 Miles Teller and Shailene Woodley in a Young Adult romance. Surely box office success is a foregone conclusion? It would seem not; The Spectacular Now never got a release in the United Kingdom, despite legions of fans begging to see more of either actor.

It’s not like director James Ponsoldt is a stranger to UK shores; Smashed, his movie before The Spectacular Now (starring Mary Elizabeth Winstead and Aaron Paul), did pretty well with critics. But it only made a total of £10,469 ($15,291) at the British box office, as opposed to its $376,597 domestic haul – perhaps this played a part in distribution troubles for Spectacular Now, his next picture. But Ponsoldt’s upcoming film, The End of the Tour (with Jason Segel and Jesse Eisenberg), is getting rave reviews from almost everywhere; much like Iranian director Asghar Farhadi’s About Elly, which was finally released in the UK in the wake of the unbelievably good A Seperation, perhaps The Spectacular Now could make an appearance on UK screens when The End of the Tour gets its release? That all depends on that movie’s success across the country, of course – and besides, the film was made in 2013. Perhaps the boat has well and truly left the harbour? But you never know – the hugely increased star-power of both Woodley and Teller could generate some fresh attention. 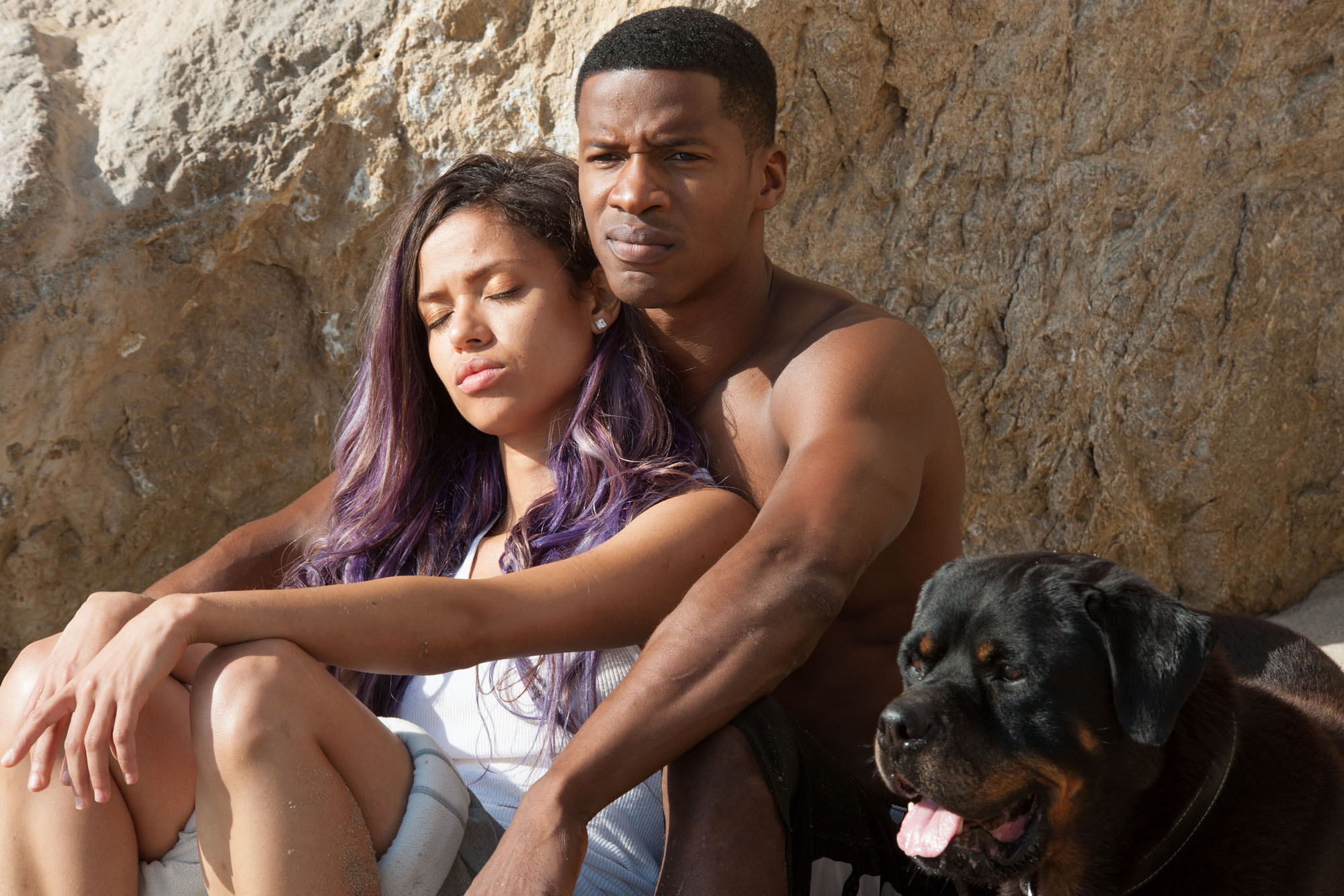 Also for your consideration is the true-to-life Beyond the Lights, starring Gugu Mbuthu-Raw as Noni, a hugely popular singer who finds a new lease of artistic freedom when she meets Kaz (Nate Parker). Like this insightful piece from Telegraph critic Robbie Collin surmises, it looks like Beyond the Lights never received a UK release thanks to the choppy waters of demographic prediction – something hugely difficult to navigate.

For a drama so successful in achieving just that – drama – it’s worrying to think that this gem of a movie won’t attract an audience. Collin details that audiences – in Britain, at least – turn out in good numbers for comedies with a majority-black cast, but dramas simply don’t pull in the numbers. The statistics are annoyingly inescapable, but there should be more faith put behind releases as good as this one. Technically, Beyond the Lights was released in the UK – a tiny theatrical run that doesn’t actually show up on even the official Film Distributor’s Association past schedule. Could 2016 be the year that Beyond the Lights gets the distribution it actually deserves? 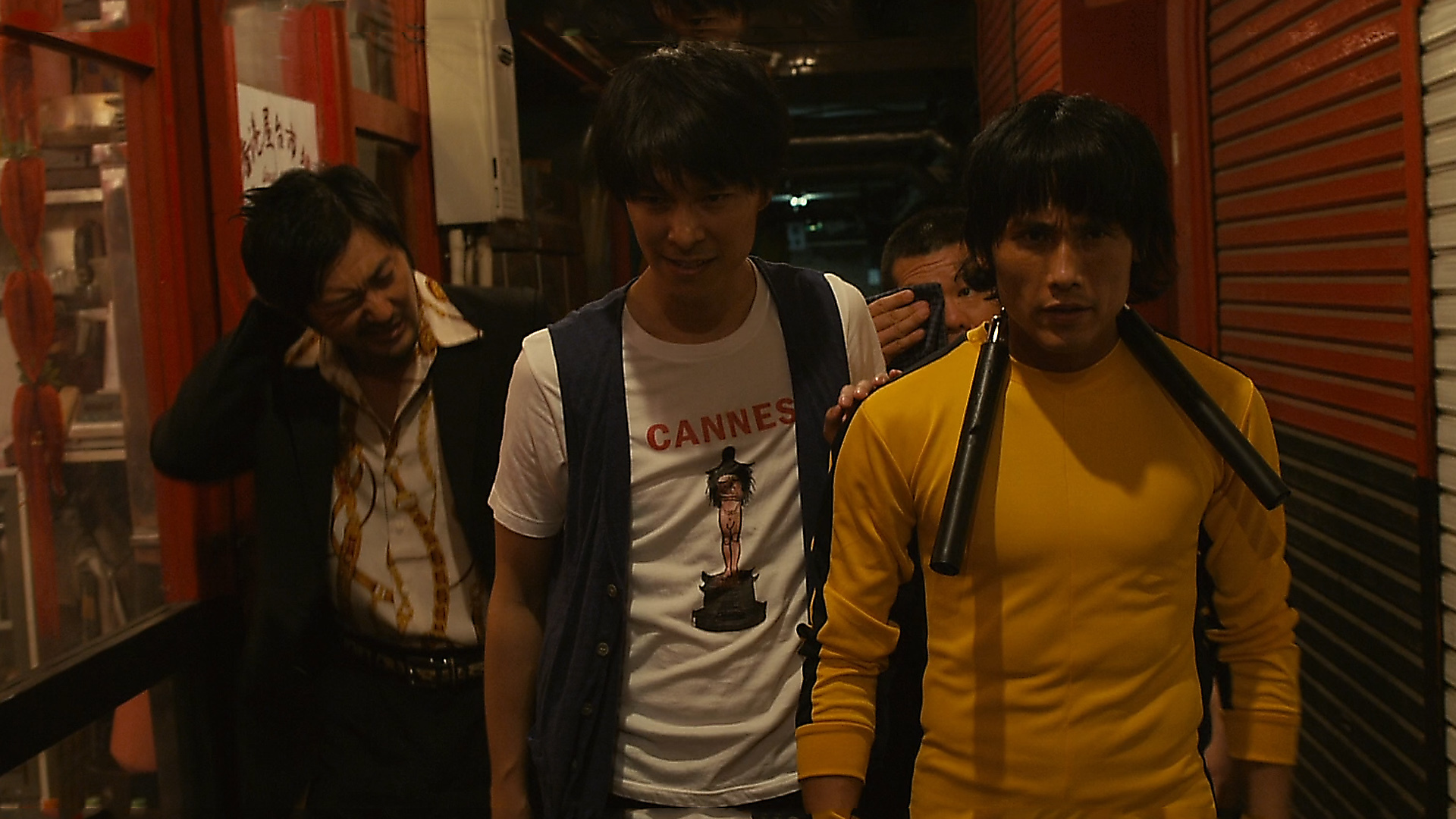 Why Don’t You Play in Hell?

Shion Sono is one of Japanese cinema’s most prolific auteurs (in fact, he might be the most prolific, with 46 director credits in 32 years of filmmaking), and Why Don’t You Play in Hell? may be his self-reflexive masterpiece. It comments on the director’s expertise in blurring the lines between reality and fiction, and on a life eternally, obsessively devoted to cinema. On the surface, the movie’s about a group of amateur filmmakers who are hired by the Yakuza to film one last valiant clan battle – a premise exciting enough on its own, but greater depths lie beneath its sugar-fuelled demeanour.

Why Don’t You Play in Hell? is hysterically funny. Therein lies its genius; by never taking itself completely seriously, it’s able to twist back on itself and delve into its mad, mad world further still. So why hasn’t the UK seen it, apart from a single festival appearances? The easy conclusion is that it’s just too crazy – but the truth is most likely that distributors just wouldn’t know how to market the movie. Is it a crime flick? Is it a nuts-as-hell comedy? Is it an arthouse flick? It’s too widlly entertaining, and far too cerebral to fit neatly into any single category – and that’s why you need to seek this film out, and join the crowd of voices clamouring for a cinematic run. 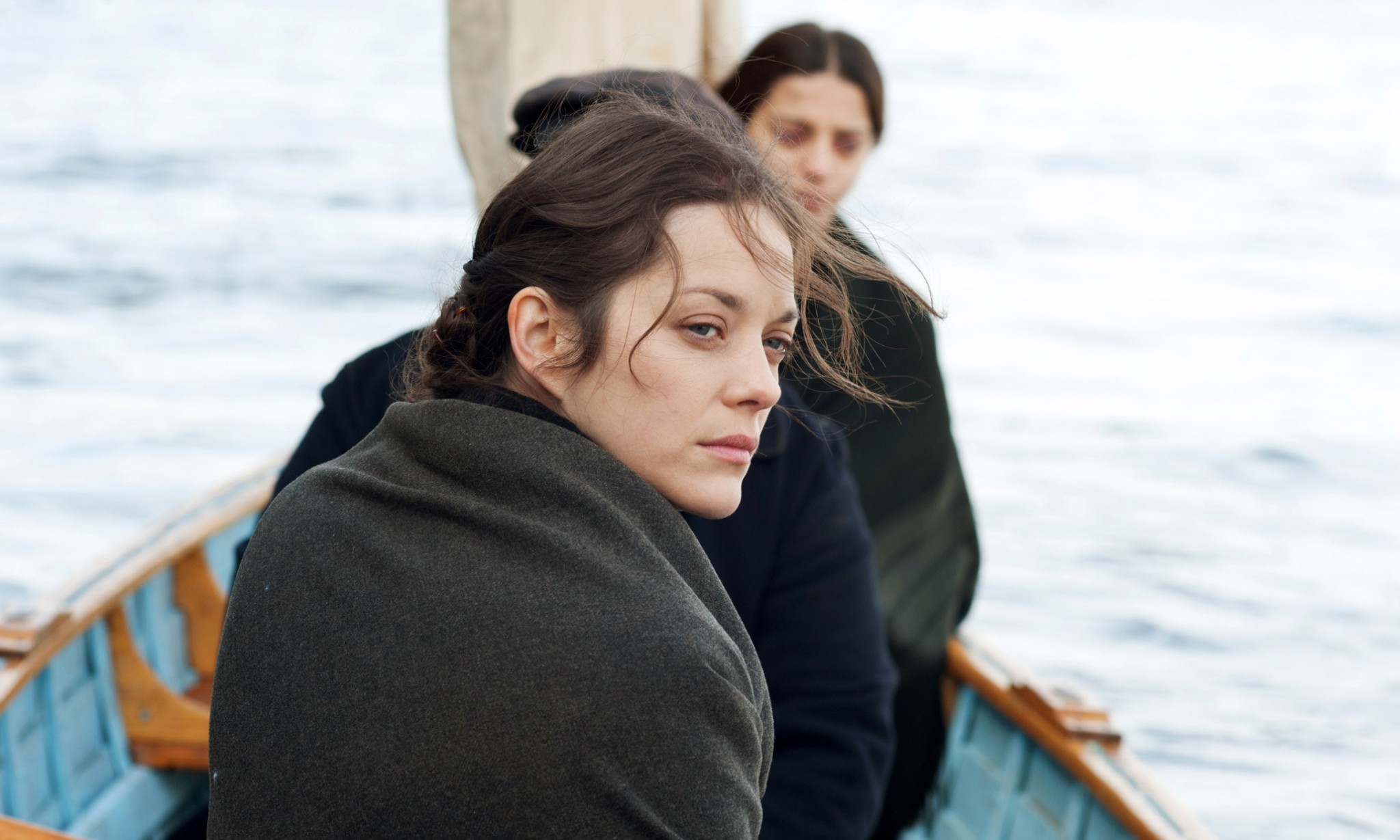 If you look at director James Gray’s other work, you’ll find We Own the Night. No one liked that movie; no one. And yet his follow-up, The Immigrant, is regarded as a bit of a modern classic. Starring Marion Cotillard and Joaquin Phoenix, it’s set in the heady days of 1921 New York: Cotillard’s Ewa is lured into a life of burlesque, before she is shown the path to redemption by a true-spirited magician (played by Jeremy Renner).

The Immigrant seems to be a victim of missing suitable release windows; it definitely comes across as a certified Oscars contender, but because it was somewhat overlooked in the US, did that mean its distributors decided not to bother with a UK rollout at all? Above all, what’s really interesting – or worrying, if we’re being honest – is that the excellent reviews it received across the board count for less than we imagine. And that’s something that’s apparent not just for The Immigrant, but for every film on this list, and every film that will slip through distribution deals in the future.

It’s not all doom and gloom, however. Although many people won’t get to see these films in their intended way, unreleased movies like these are enjoying healthy lives on DVD, Blu-ray and streaming services (and it’s always been like that: teen classic Say Anything – the one where John Cusack weightlifts a boombox – wasn’t released theatrically in Britain). While it may be wonderful to see any of these movies one day on UK screens – and  that may perhaps be a little too optimistic – rest assured, there are still ways to watch them. It’s up to us to make them count.