The 2021 Phoenix Film Festival kicks off on Thursday, Aug 12. While the event will look a little different this year for obvious reasons, the quality of the films and the passion that goes into the festival remains the same. Flickreel spoke with festival executive director Jason Carney about adapting during the pandemic, what makes this year special, and, naturally, the movies.

Q: The festival’s opening night film is Coda, which was a huge hit at Sundance. The film stars the legendary Marlee Matlin, who accepted the role on the grounds that the other deaf characters be played by deaf actors as well. Do you think the film could be another trailblazer for deaf and hard of hearing performers in film?

JC: Yeah, I think so. Troy Kotsur, who’s from Mesa, plays her husband. He actually was involved in creating – and he was in The Mandalorian – and created the sign language they used on that show. I think you’re starting to see more progressive things like that where people who are deaf are getting their due and respected for the performance they can give. The young actress from Coda, she’s the ears for the family, but she learned sign language, came ready to set, and wanted only to talk in sign language. When you have an advocate like Marlee Matlin, it can only get them better parts.

Q: Speaking of the young actress from Coda, Emilia Jones has also earned some rave reviews for the film. Do you see her being one of 2021’s breakout stars?

JC: Man, I hope so. She’s so good. She’s such as great singer. The raw emotion that she has in this film is just so good and you hope that gets her more going forward.

Q: The closing night film is Everybody’s Talking Jamie. 2021 seems poised to be the year of the movie musical with In the Heights, Annette, and upcoming films like West Side Story and Dear Evan Hansen. How do you think Jamie stands out from other movie musicals?

JC: I think it’s bound to be more fun. You have a great lesson about acceptance in Everybody Loves Jamie. You have this kid from the UK who wants to be a drag queen. He’s fighting his fellow classmates, his guidance counselor, even his own father about it. But the other drag queens embrace him. His mother embraces him. You walk away happy about this movie and the music just kind of lifts you up. I think In the Heights is a lot of fun, but I just don’t know if it’s quite the level of fun that Everyboy’s Talking About Jamie is.

Q: Like every other film festival last year, PFF 2020 had to be postponed due to COVID. The show would go on in November, though, and now you’re back again. What are some of the struggles you and the rest of the team had to overcome in keeping the festival safe and fun?

JC: The biggest change for us as a festival is that we always have our big party pavilion where we have this big tent in the parking lot and people gather for special events every night. So, we kind of dialed back that. It just didn’t seem that was going to work this year. We also converted from lines in the lobby to reserved seating. We wanted to eliminate people congregating in a tight space for such a long time. Those are both big changes based on the festival’s history. We’ve had this party pavilion for so long and the lines are a great place to talk about what you’ve seen. We have to try to figure out how to replace that spirit, but at the same time, it’s important to get people not so close together in the line.

Q: Aside from adapting for the pandemic, what are some of the ways this year sticks out from past festivals?

JC: Overall, and it kind of worked out naturally, and it also worked out as a product of us wanting to do better, I think, is the diversity of the film’s we’ve selected this year. Making a play for Asian-American filmmakers and screening their films. Traditionally, for a few years, we’ve had programming from Latinx directors, African-American directors, Native-American directors. We’ve expanded all of those categories out. So, we have more content and the films have a higher profile within the festival. And I think that just shows that we’re trying to broaden and have a wider spectrum of types of filmmakers.

Q: What festival event are you looking forward to the most?

JC: I really love awards night and not because, oh we’re giving out trophies. Just because it’s like the last hooray, although usually that happens in the middle of the festival when our competition filmmakers are hanging out for the last time during the festival. We have twelve films in that competition, we’ll have twelve filmmakers representing, and it feels a little bit like camp. They’re all here at the same time. They all have a common bond that develops.

Q: In one of her final performances, Cloris Leachman stars in Jump, Darling. Did you book that film before her passing this year?

JC: We did book it after her passing. I feel like based on the distributor we work with, we would’ve applied regardless. It’s really good.

Q: What’s your favorite movie playing at the festival or if you can’t pick one, favorite(s)?

A Shot Through the Wall is a really fantastic drama. It’s a tight 90 minutes. It gives great perspective, an Asian-American officer accidentally shooting through a wall and killing a young Black teen, and all the things that go along with that. It’s a different spin on it and it’s really well-done.

From the comedy perspective, there’s a comedy drama called Give or Take, which I like quite a bit. It’s about an older man who had a family with his wife and a kid. He passes away, but his wife and he had divorced years ago and now he has a male partner. They became a couple and now his son is coming back for the funeral, and he’s dealing with the partner, and there’s some conflict there. Great characters in that movie, really great acting. It’s just a sneaky good film.

I’ll give you a documentary that I recommend. It’s called Set!, it’s about competitive table-setting. It feels like a Christopher Guest movie, but it’s not. These people are deadly serious about what they’re doing. It’s just really funny.

Q: Every year, PFF and the International Horror and Sci-Fi Film Festival have awesome posters that pay homage to classic films. Are they all done by the same person?

No, Marty Freetage is our lead designer, but each year the designers, we assign them a poster based on what their sweet spots are. So, this year we have four different designers. Normally we have five, but life happens and the other one was super busy. 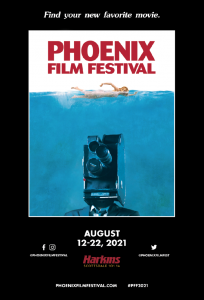 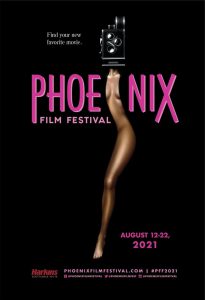 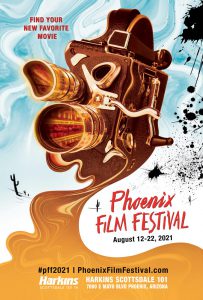 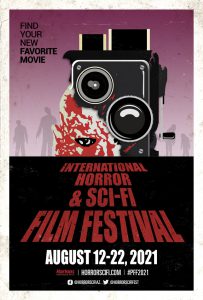 Q: Some of the films playing at the festival will be going to streaming, including Coda. Festivals like PFF remind us why the theatrical experience is such an important one. What do you think the future holds for theaters, streaming, and film in general?

JC: Going to the movies and seeing a film is really kind of an event that becomes a memory. When you’re watching at home, you’re gonna get distracted and you’re absorbing rather than becoming absorbed in the storytelling. You’re zoned in when you’re at a theater. That good 90 minutes or two hours you forget about everything, you’re completely focused on the film, and you create memories. I remember seeing movies with friends that were like 25-30 years ago. You don’t have that through the collective experience at home or the quality. There are films that I love to watch over and over at home, but I can remember seeing them in a theater first. I just don’t get that connect seeing them at home. I hope that there are enough of us that appreciate that experience. The excitement of going out on a date or taking the family to a movie. It’s not cheap, of course, but it’s worth it for that experience level. I’ve got a two-and-a-half-year-old and I can’t wait to take him to the movies. I’ve got him hooked on popcorn already, but the next step is a movie.