We’re giving away a copy of War Dogs on Blu-ray to celebrate its home release on 26th December. To enter, simply follow @Flickreel on Twitter and retweet this Tweet by 23:59 GMT on Sunday the 25th of December 2016 (UK residents only – see full terms and conditions below). 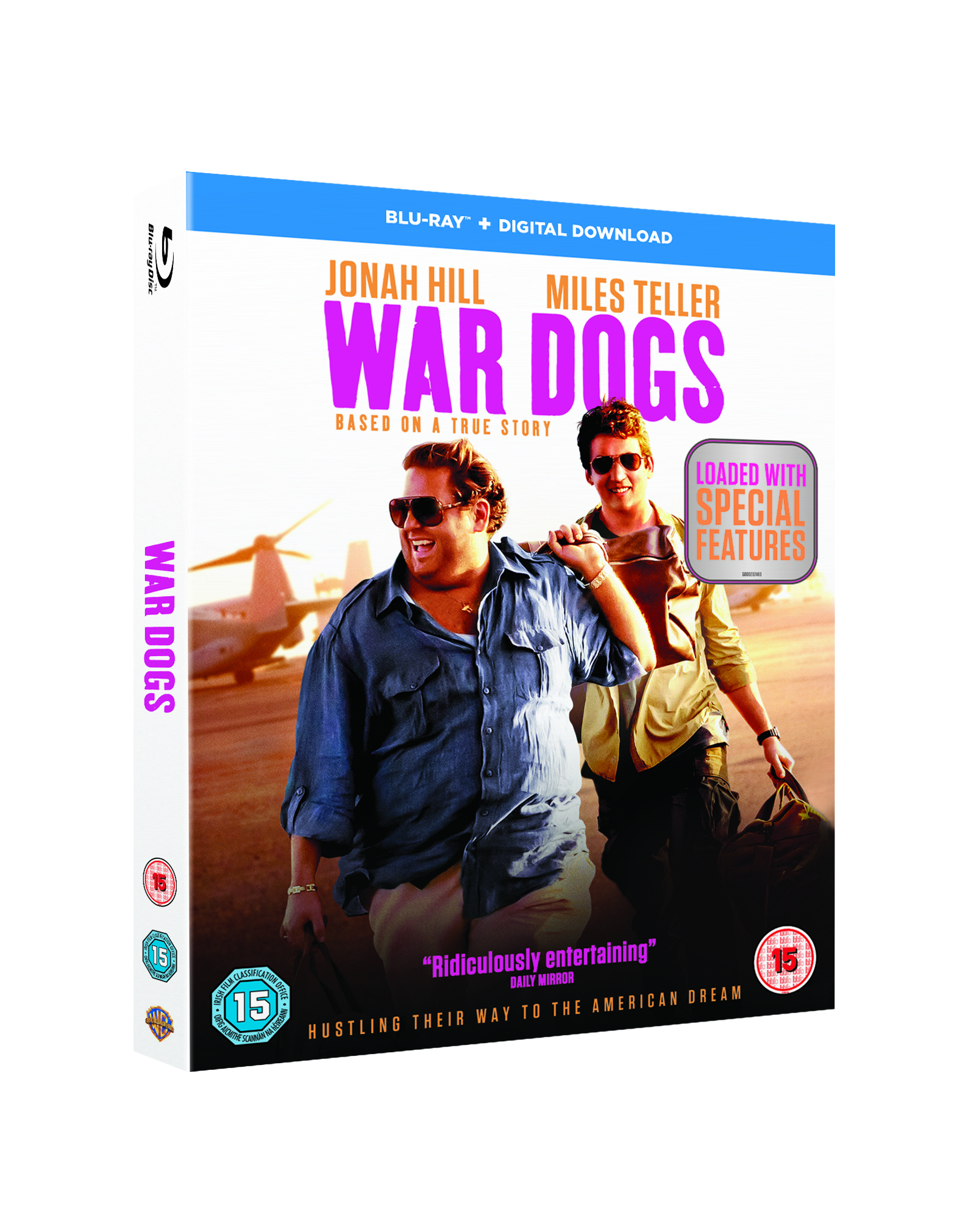 Based on a true story, War Dogs follows two friends in their early 20s (Jonah Hill and Miles Teller) living in Miami during the first Iraq War, who exploit a little-known government initiative that allows small businesses to bid on U.S. Military contracts. Starting small, they begin raking in big money and are living the high life. But the pair gets in over their heads when they land a 300 million dollar deal to arm the Afghan Military—a deal that puts them in business with some very shady people, not the least of which turns out to be the U.S. Government.

The draw is open to UK residents only and entrants must be aged 18 or over. Only 1 entry is allowed per person/twitter account. Entries must be received by 23:59 GMT on Sunday the 25th of December 2016. The winner will be drawn at random from all entries received by flickreel.com during the term of the competition. No correspondence will be entered into. flickreel.com accepts no responsibility for any entries or other communications that are late, incomplete, unintelligible, misdirected, lost due to disconnection, telephone systems or computer equipment or software failure or data loss. The winners will be notified personally with a direct twitter message, within one week from the closing date. No cash alternative is available and the prize is not transferable. Prizes must be claimed by 1 month after notification. Winners names may be published on the website. Submission of an entry will be taken as acceptance of the rules. Please note the competition is not open to flickreel.com employees, contributors, their families or anyone connected with the competition. flickreel.com reserves the right to amend these terms and conditions.

0
We use cookies to ensure that we give you the best experience on our website. If you continue to use this site we will assume that you are happy with that.OKRead more