Mariah Carey’s cameo scene in upcoming comedy The House has been cut, following “unprofessional” behaviour from the pop star. Her acting career doesn’t look to be making much progress, as her diva antics on set have been exposed by the movie’s lead Will Ferrell and co-star Cedric Yarbrough.

Ferrell told Late Night With Seth Myers that they’d cut her scene from the film because of her high demands on set:

“There were suggestions that weren’t executed. She was on our set and things happened. Put it this way, at about midnight, I got a knock and my trailer and they said ‘you can just go home, we’re not going to get to you’.”

While co-star Yarbrough didn’t hold back, going into more much detail, criticizing Carey in a scathing Facebook post, which he has since deleted. He states how she kept crew waiting for four hours and was “borderline abusive” to the director. See a screenshot of the full post below: 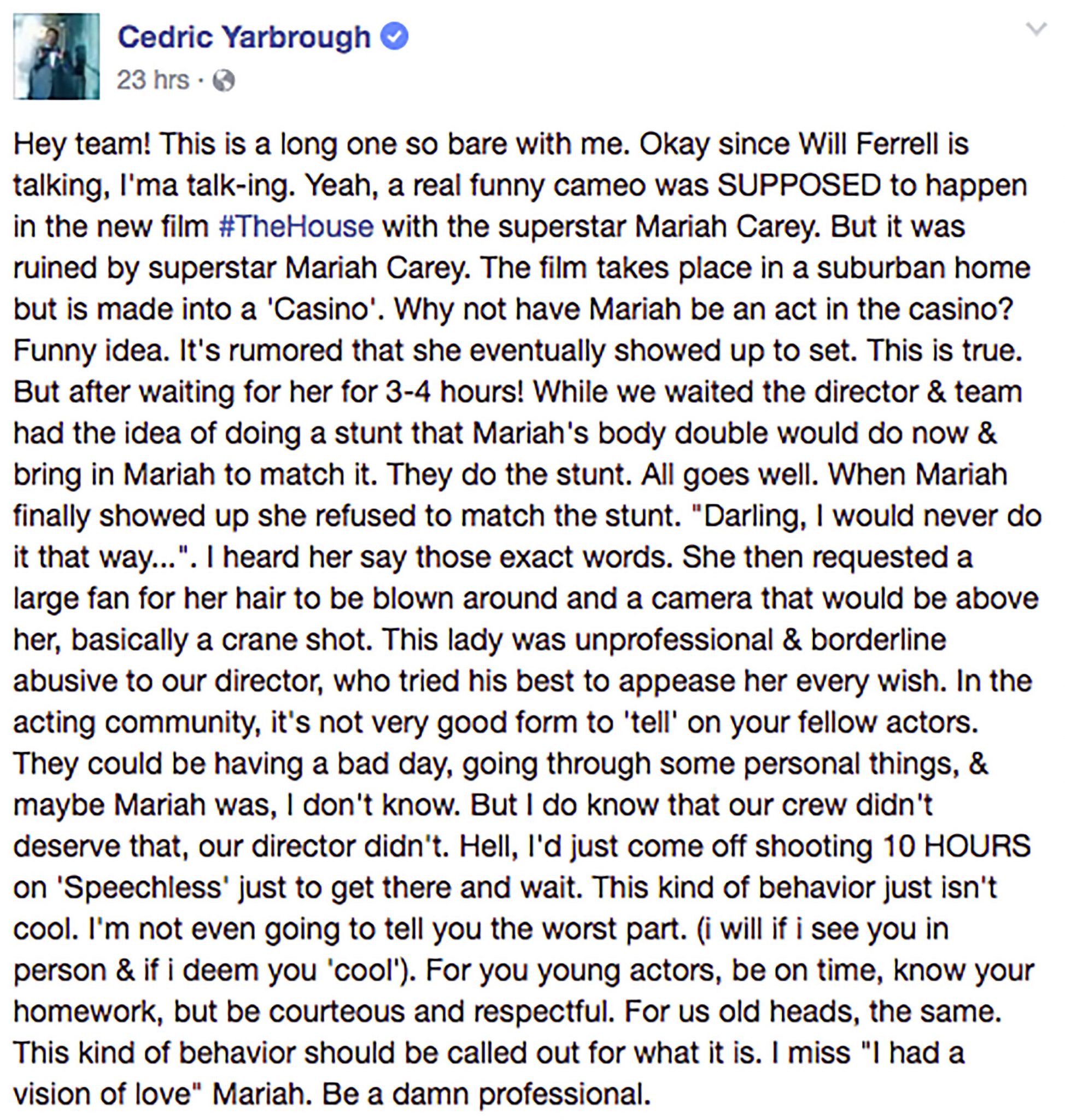 Mariah Carey is yet to comment on the matter. The House is scheduled to hit screens on June 30.