The first Star Wars: The Last Jedi trailer finally arrived today and so let’s break it down.

The trailer begins with a tense looking Rey being told to “breathe” and “reach out” by Luke. He is presumably training her on Ach-To. 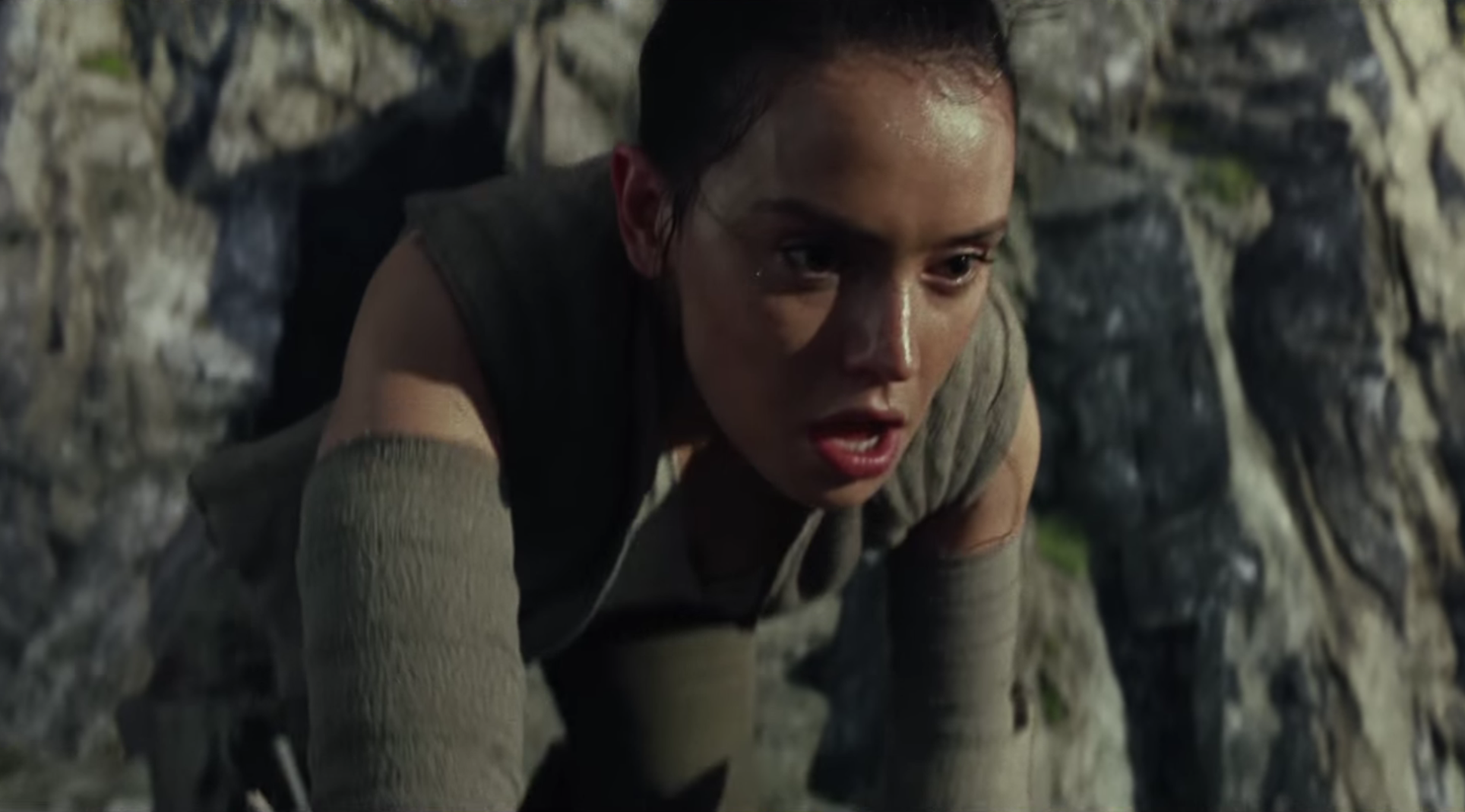 He asks her “what do you see?” she responds with “light” we then get a shot from behind of General Leia it seems:

Rey then continues with “darkness” which is accompanied by a shot of Kylo Ren’s broken mask on the ground? 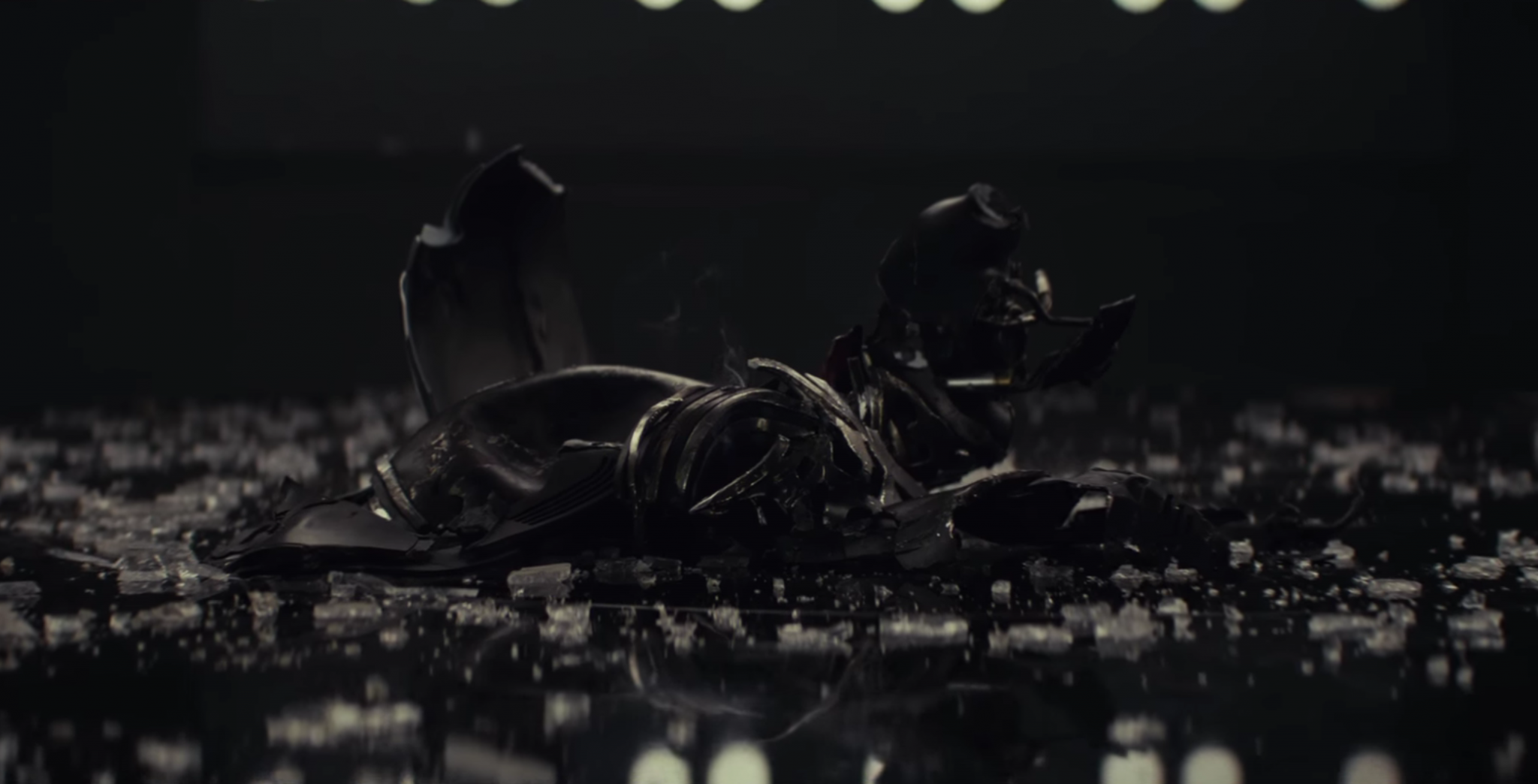 Luke claims “it’s so much bigger” as we see our first shot of the two together but from a distance, she is wielding the blue lightsaber as he watches on:

We then get our first look at John Boyega, who still looks unconscious from the last film:

BB-8 is back with its owner, Poe and back in action: 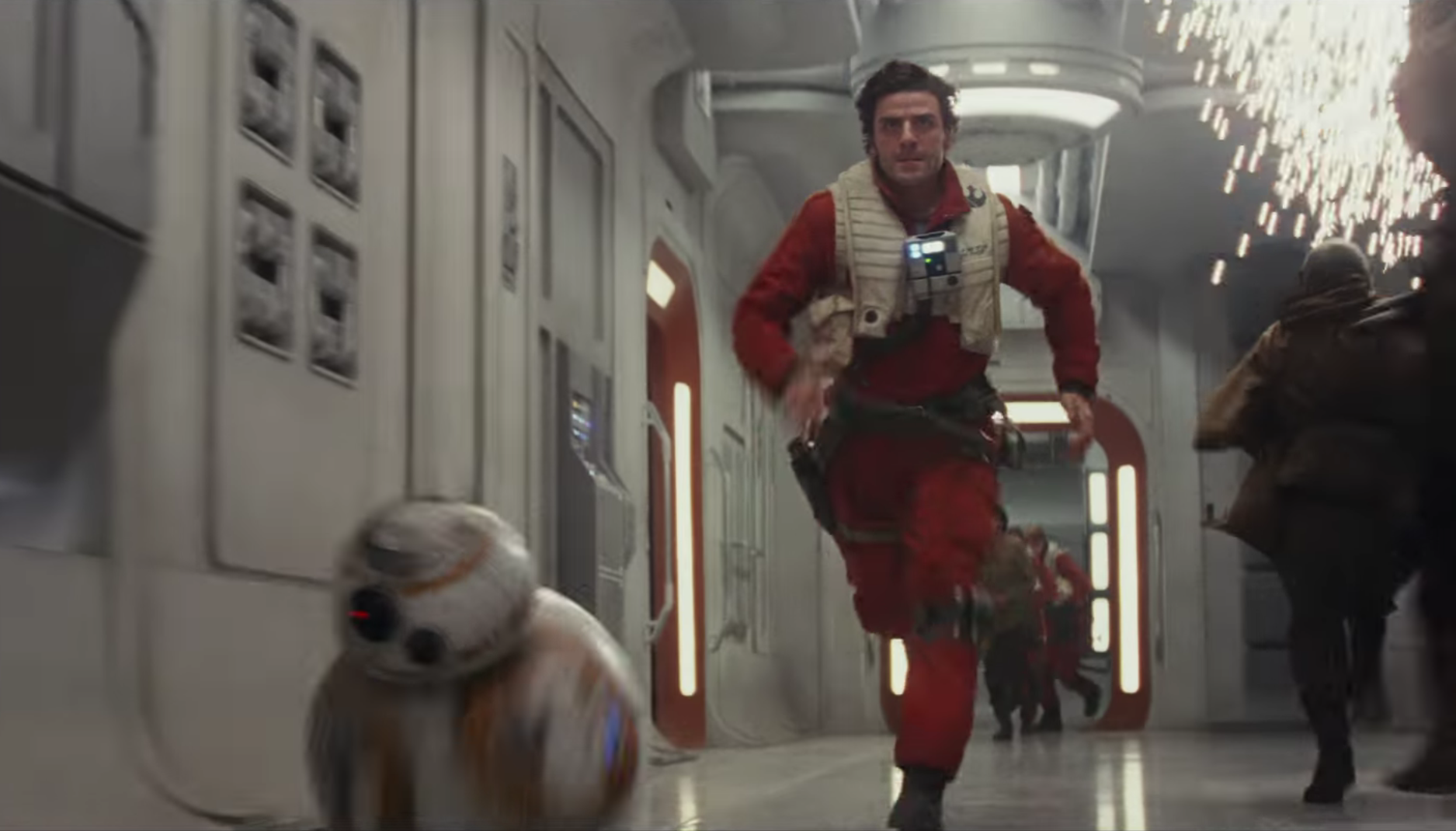 Cue the Falcon and explosions. Rey has a jog before we get our first clear shot of Kylo Ren with his familiar red lightsaber:

He seems to then be facing R2-D2 and what looks to be Luke (or perhaps Rey) from behind so a potential fiery battle to look forward to there: 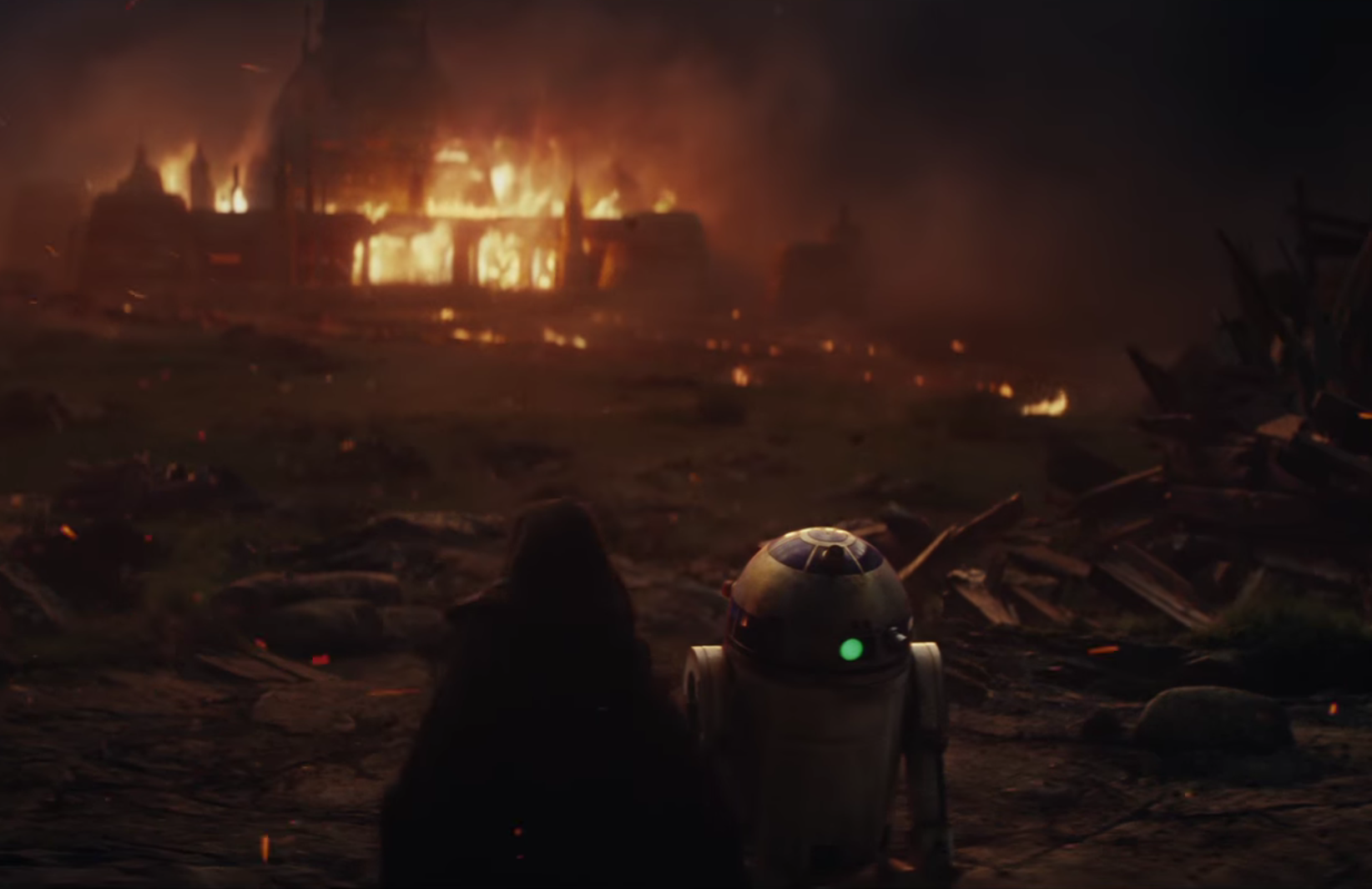 Our final shot then sees Luke’s shadow as he says rather dramatically “I only know one truth. It’s time for the Jedi to end”:

It’s a good effort for a first trailer, while not the best Star Wars trailer we’ve seen. Much like The Force Awakens‘ teaser did, we still have plenty of unanswered questions and that’s how it should remain going into the film. There certainly seems to be a new feel to the film with director Rian Johnson stamping his mark, and it’s great to hear Luke’s voice again and essentially narrate the trailer.

It’s hard to get too much of an understanding of the plot, but it’s clear that Luke is training Rey up most likely before she is ready to take on the evil Kylo Ren. No sign of Chewbacca, Snoke or C-3PO. And it would have been nice to have seen more of Carrie Fisher. But there’s sure to be another trailer arriving soon.

What we learnt from the Star Wars Celebration:

It’s not all going to be dandy between Rey and Luke it seems as Daisy Ridley teased a potential conflict between them, saying:

“Rey has a certain expectation from Luke. But it’s difficult when you meet your heroes as they’re not always what you expect”

While Mark Hamill joked that Rey is his daughter:

“I look down and I see Wonder-Woman (Kathleen Kennedy) I see God (Rian Johnson) I see my daugh[ter], I mean colleague (Daisy Ridley)”

He also spoke of Luke’s role in the film:

“Luke has been a hermit on this island. There’s so much said about what he has said and done. It’s not Luke’s story anymore, but he’s an important part of the arc overall and there’s still a lot of mystery to him.”

Rian Johnson gave us some insight on the film’s plot:

“They did take out the seed of the Republic in The Force Awakens and the First Order are jumping on that at the start of the film. Things are going to get dire”

Much to the delight of fans, Finn and Poe’s relationship will “blossom”, said Boyega:

“Finn and Poe’s relationship does blossom. There’s always a new adventure for us to go on. Finn is in recovery but he will be back in The Last Jedi. And he’s not playing this time! The Last Jedi is a test for all characters, Finn wants to find his place now. Is he going to be a part of the resistance or is he going to keep running away from the First Order?”. We’ll see”,

We have a new important character on the scene. Rose played by Kelly Marie Tran, is part of the resistance and is described by Rian Johnson as “not a solider” or “looking to be a hero, she gets pulled into a big adventure with Finn”: 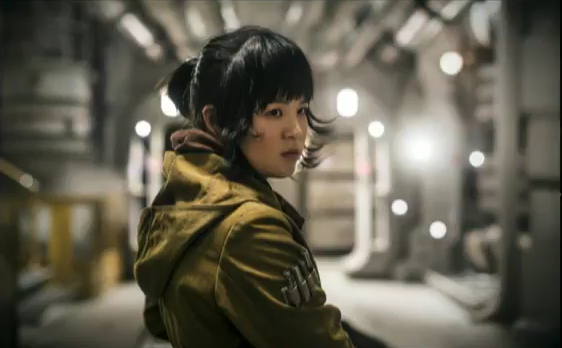 So there you have it, make of everything as you will. The theories and questions will continue to arise until The Last Jedi‘s release on December 15th.