For every über-handsome hunk, there’s the geeky comic relief guy to balance things out. In case their movie gets a tad too serious or if said main character isn’t interesting enough – which happens rather often – the trusty sidekick is there to provide a level head and a few laughs. May I introduce a recent example of this ever reliable, if potentially tired trend: Tom Cruise and Simon Pegg, as Ethan Hunt and Benji Dunn. Their fire-cracking dualism never fails to light up the screen, gloriously mismatched for a third time in Mission: Impossible – Rogue Nation this weekend. Once you’ve navigated the inkblot labyrinth of the title’s colons and dashes, you can rest easy in the knowledge Cruise and Pegg will be riffing off one another’s clashing characteristics for the duration. And it’ll all feel entirely natural, because we’ve seen Pegg rub shoulders with the Hollywood elite for a few years now. But remember when all we could picture Pegg as was a British pin-up for the geeks among us? He’s the sort of down-to-earth guy you’d like to sit down for a few beers with (I’m a cider man, myself. But for Pegg, I’ll down the brown stuff whole). And we all continue to believe he’s as British as they come, except for one small thing: his films. 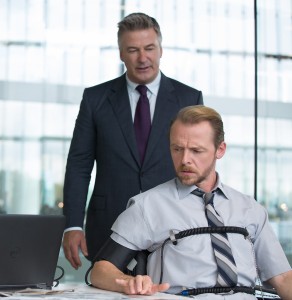 America has you now, Mr. Pegg.

It’s not that he isn’t still as quintessentially British as we imagine him to be. I’m sure he remains prone to a lovely cuppa, brings a brolly out with him on a hot July day, and can stutter in the rain just as well as Hugh Grant; he’s now just a more evolved version of that. I think the key to making him not seem misplaced in box office behemoths like Mission: Impossible and Star Trek is because we see a bit of ourselves in Pegg, whether you’re British or not; the nice, normal, if slightly downtrodden guy who finds himself in the middle of huge, scary, grown-up things threatening to overwhelm him. It’s like we’ve been given the same chance as he has; to jet off to exotic locales, to fight the bad guys and win – and stick out like a thumb that’s just been thwacked by a great big hammer. But in a good way, as only Pegg can make so. 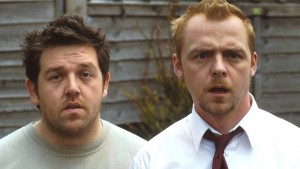 Nick wasn’t too happy to learn that Simon was jetting off to the States.

But now that he’s flown the coop, it’s a right strange situation our Simon’s found himself in; after the runaway success of 2004’s Shaun of the Dead, and 2007’s Hot Fuzz – massive homegrown cult flicks that went onto global quotedom – the Brit films that followed lacked a certain something. Run Fatboy Run, Burke and Hare and How To Lose Friends and Alienate People (set in New York but funded by Film4) all failed to deliver on their premises – but he also quietly moonlighted on Mission: Impossible III. A funny thing then happened: as soon as Pegg and his agent realised the crossover potential glimpsed in M:I 3, he began to turn up in US productions – and subsequently, his presence was rewarded with material that made good use of his unique, colloquial talents as an actor. 2009’s Star Trek was the first flick to prove that he could bring his indie sensibilities to the multiplex, while 2011’s pop culture-washing machine, Paul – with fellow Wrightian, Nick Frost – was another solid, gag-fuelled road movie across the States, playing like a not-so-subtle microcosm of the actor’s own journeyman infiltration into America’s bedrock. The impressive string of pictures followed with Spielberg’s Tintin movie, Mission: Impossible – Ghost Protocol (my personal favourite of the entire series so far), and the acclaimed TV show Star Wars: The Clone Wars. Sure, there was a filler Ice Age movie here and there, but a man’s gotta work. 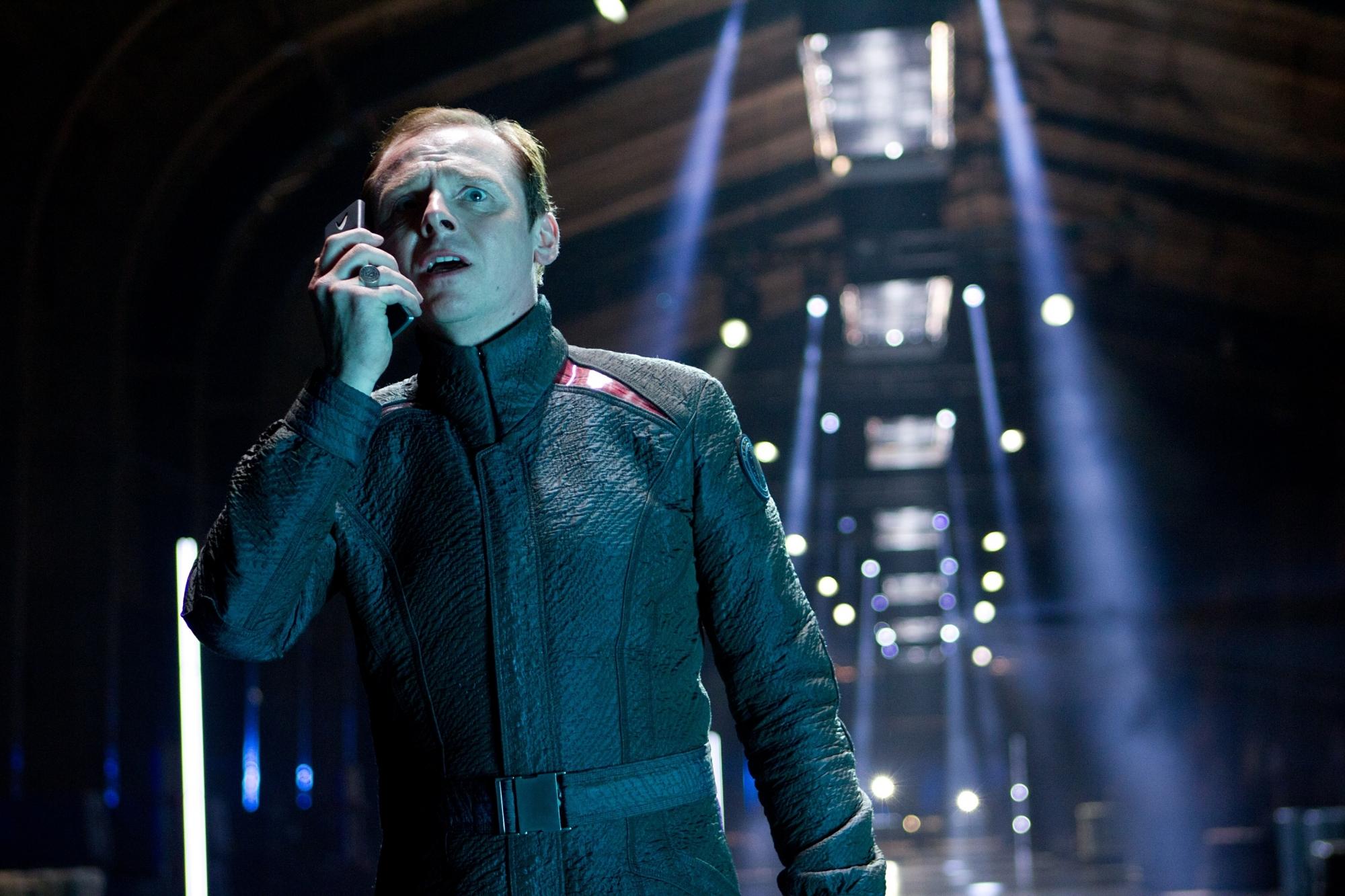 Mum? Tell the family I’ll be home for dinner.

Pegg is far more careful with his choices nowadays, a comfort he can easily take at this stage of his fame. As such, he’s recently returned to home shores for well-picked fare like the surprisingly great rom-com Man Up, and The World’s End – the end cap of a superb comedy trilogy that started with Shaun of the Dead and Hot Fuzz. So between the odd Brit flick mingled with the rest of his output, it’s clear to me that he needed that American boost, otherwise, I fear he would have lost himself playing the same character over and over again in diminishing British indies. It’s a rare case where an actor moved to Hollywood – or ‘sold out’, if you want to look at it that way – and it’s actually paid off for them. Andrew Garfield? Check. Robert Pattinson? Yep. Tom Hardy? Uh-huh. Granted, those are all pimple-faced examples – but perhaps they may never have gotten their chances if Pegg wasn’t one of the first wave of Red Coats breaking open the floodgates.

The bottom line? For the majority of his career, the none-more-British Simon Pegg has been better in American movies. And even if he did find himself in a self-engineered crossfire in the wake of comments decrying that pop culture is infantilizing us (and attempted to clarify those words), or tried to play the lead a couple of times in unsuited fare like Kill Me Three Times, he’s still held in high esteem by people like me; a little geeky, a little overwhelmed, and a little normal. His averageness – our averageness – is what allows him to stand comfortably next to the Tom Cruises of this world.