With Eden, the latest opus from Mia Hansen-Løve, the director has furnished her film with the sounds of a generation. Dance music, especially when set in the buzzing atmosphere of the French ’90s scene, makes for an exciting backdrop to a film whose ultimate goal is to ruminate on ageing, and the price we may pay if we doggedly follow our dreams. The music is Eden’s MO; the thumping soundtrack is part of the movie’s unique voice, and although these classics are made by many different people, they sit perfectly within the context of the movie, allowing its narrative to unfold in tune with its tone. But there are a few other moments where this gelling of different minds to tell one vision doesn’t quite come together as well, notably – and spoiler warning for Eden here – the final scene. Félix de Givry’s character, Paul, lays on his bed reading a poem a potential new love interest has given him. The Rhythm by Robert Creeley is a profound, understated piece, and is read out loud in the mind of Paul, complete with overlaying text wafting on the screen. The poem really gets inside the ethos of Hansen-Løve’s film; that whatever we do in life, it will ripple across time. Paul stares blankly away from the page, and the film cuts to black. 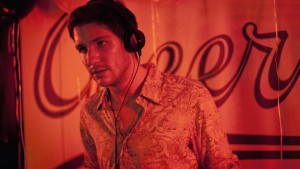 On the page, it sounds like a perfect ending for Eden, and in many ways on-screen, it is – but there’s one big problem. In using this poem as as mouthpiece to bookend her picture, Hansen-Løve unknowingly dilutes her movie. It almost feels lazy; the effect is of passing the weight of storytelling to someone else, and for the crucial final moments of her film, it speaks with someone else’s voice. It doesn’t matter if this poem had an impact on Hansen-Løve’s life; it doesn’t even matter if seemingly everything about this separate piece of art aligns thematically with the film. Neither of these validate its use.

I’ve constantly had a problem when artists use other people’s art in their own. Worst-case scenario, your film becomes an unfilterable pastiche; best-case, it adds a different perspective on a point you’re making, as is mostly the case with Eden. But that’s the thing: everything in your film should come from you in some way or other. If Creeley’s poem is really an intrinsic part of your movie, then make it part of your movie: don’t simply have someone recite the damn thing and expect us to take it all in, and believe those insights came from you. If that’s not what you’re going for, then at least frame it differently. 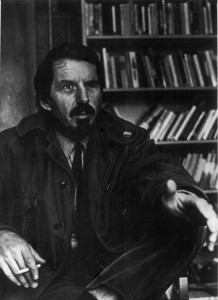 I notice that most of the main offenders use music as their weapon of choice. While Hansen-Løve does actually uses music beautifully in Eden, the same can’t be said of many others: a recent-ish example is Jersey Boys, directed by Clint Eastwood. He opts to let the music tell his story without bothering to do it himself. The Four Seasons have an impressive back catalogue of hits, and Eastwood makes sure that we know it, too; each time the germination of a future classic unfolds, there’s a reverent build-up with colossal pomp and circumstance. The build-up to songs like ‘Walk Like a Man’ or ‘Can’t Take My Eyes Off You’ feel like we’re being hit over the head with a hammer while Eastwood screams in our faces, ‘HEY! YOU KNOW THIS SONG RIGHT! THIS IS THAT SONG THAT EVERYONE KNOWS!’ We. Get. It. 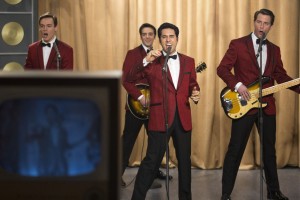 The Four Seasons playing their hit, ‘We’re siiiiiinging that song that youuuuu knowwwww’

On the other hand, another music-based film that expertly uses the art of its subject is Good Vibrations, which charts the Belfast music scene in the ‘70s, and Terri Hooley’s (Richard Dormer) battle to keep a record store open amid the tumult. The most famous song to come out of that melting pot is ‘Teenage Kicks’ by The Underdtones [link], and it’s one we could all sing along to instantly, without prompt, when the chorus hits. Hooley first hears the song when the band play it in a recording studio; listening on headphones, Hooley’s expression as he slowly realises the brilliance of the tune is wonderful – yet we, the audience, hear nothing but silence. Hooley has become profoundly inspired, and Belfast has just validated its musical importance in one fell swoop; directors Lisa Barros D’Sa and Glenn Leyburn have used the song to add to their narrative, without even using the damn song. Think about that for a bit. 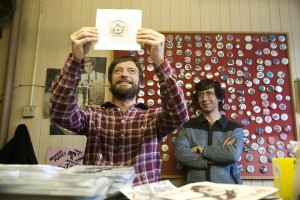 Terri Hooley: See this record? We’re not even going to play it in the film. I’m a genius!

With Eden, Hansen-Løve does get the music right – but I’m still bugged by how the ending felt so secondhand. Cinema is a combination of many different artforms, and because of that, it feels only natural when Tarantino soundtracks a bloody killing to a pop song in Reservoir Dogs to highlight the pulpy absurdity of the situation and the perverse detachment of Michael Madsen’s Mr. Blonde, or when Nolan punctuates Interstellar with snatches of a Dylan Thomas poem to wearily inspire, yet ultimately annoy, his astronautic heroes. The filmmakers are fundamentally making one medium fit within another, and for that to happen, those references and uses have to have purpose within the context of the film. That way, the voices of others will become part of your own. My advice to Hansen-Løve? Don’t let other people speak for you.