(Unbelievably huge spoilers for Split lie ahead. Go see the movie if you haven’t already.)

Something has happened that I thought would never happen again: an M. Night Shyamalan movie has excited me. Even the low-key return to form that was 2015’s The Visit didn’t match the glee I felt upon leaving his latest movie, Split, a horror-thriller hybrid that sees James McAvoy firing on all cylinders as Kevin, a man with 23 distinct personalities. Like most Shyamalan films – The Sixth Sense, The Village, even The Visit – a lot of hype surrounds the twist at the movie’s end. But that hype is next-level, for the ‘twist’ is of a different ilk to the director’s previous plot U-turns.

Seriously, spoilers for Split coming at you right now.

That’s because the twist at Split’s close has nothing to do with the story. In its closing seconds, Bruce Willis is seen sitting in a diner, his name tag reading ‘Dunn’ and his lips uttering ‘Mr. Glass’. This is David Dunn, and Mr. Glass was his nemesis from fifteen years ago; both are from 2000’s Unbreakable, a movie that ties with The Sixth Sense as Shyamalan’s best. Personally, I was absolutely thrilled with this absurd reveal: while it does nothing for the actual plot of Split (which I hugely enjoyed on its own grubby, silly terms), I left the cinema muttering random exultations under my breath. Of course, it’s a gamble that only pays off if you’ve actually seen Unbreakable (and can remember it). Because both Split and Unbreakable take place in the same world as each other, I’m giddy at the promise that the director has made by introducing his very own cinematic universe. 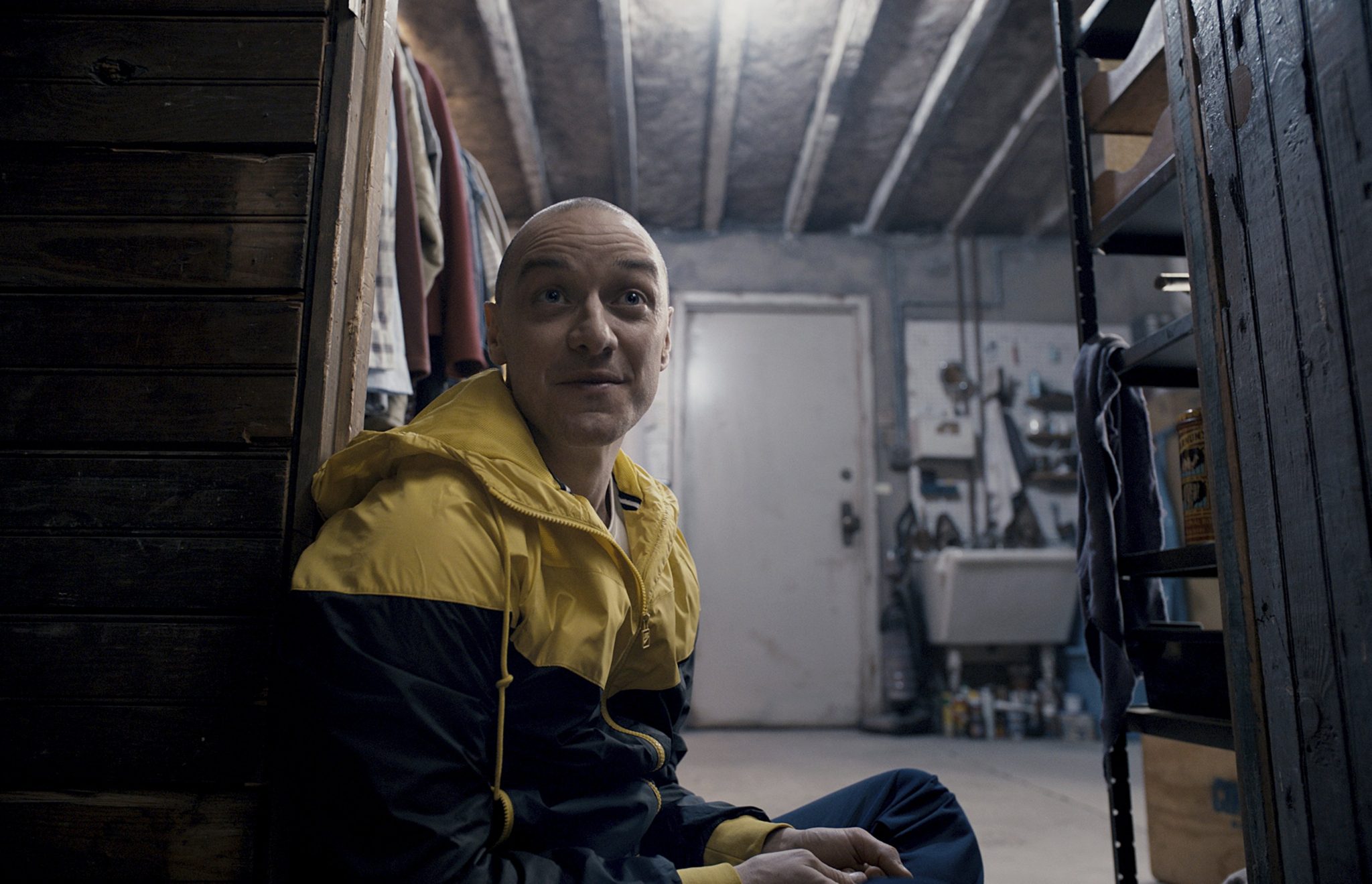 You’ve heard that term before, mainly related to Marvel and DC. While I’m a fan of the former’s quality turnout, it has become almost rote to expect the characters in these films to cross one another’s paths; Doctor Strange is confirmed to turn up in Thor: Ragnarok, for instance – an appearance which will fail to yield any joy in its audience, for the surprise was ruined before the end credits of, yep, Doctor Strange. But when we first saw Tony Stark walk into that bar at the end of 2008’s The Incredible Hulk, the excitement was palpable; the prospect these heroes were eventually going to team up together was a brand new feeling for a modern audience, unexposed to the previous century’s mish-mashing of Universal Monsters. It’s a promise that, perhaps miraculously, was paid off with 2012’s The Avengers.

But now, in 2017, because these connections are part of the formula, we no longer feel that surprised when a cameo does inevitably occur (and while they’re all fun, most of them feel pointless). Back in 2000, the only straight-up superhero film we had was Bryan Singer’s X-Men, a comic book movie that still works today on the strength of its metaphorical knowing (the same can be said even more for its sequel, X-2), and was arguably the first ‘serious’ superhero picture. (Sam Raimi’s Spider-Man – a film in which the spectacle always circled around the emotion – was still a couple of years away.) But there was also Shyamalan’s Unbreakable; more than any of the countless spandex-clad flicks this century has seen so far, it’s a movie which closely examines heroism in its most meaningful forms. Unbreakable is the ultimate superhero movie. 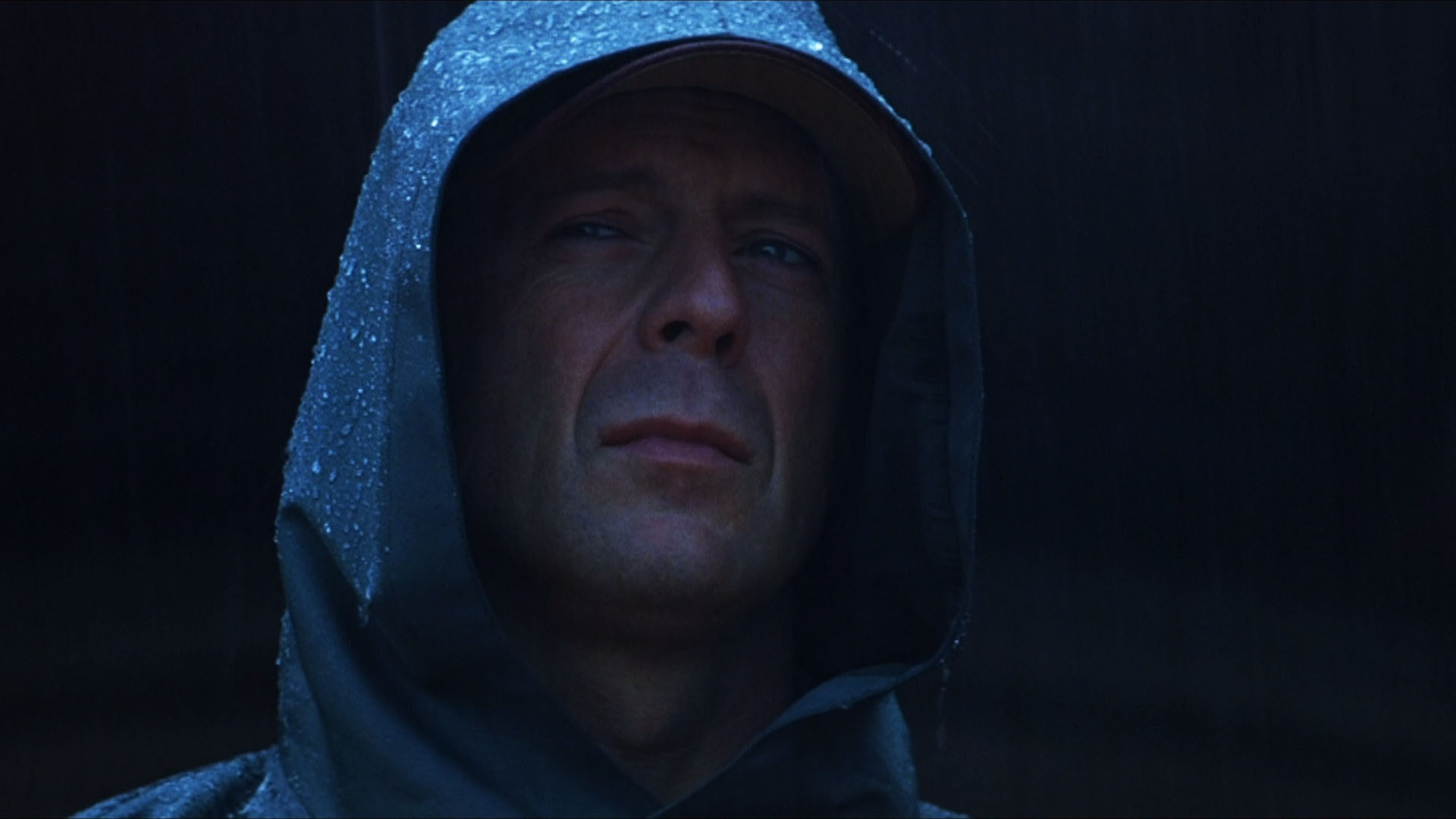 And that’s why the ending of Split excites me so much. I said earlier that the reveal of the film’s Unbreakable connection wasn’t a story twist, and it isn’t – but it still enhances the movie with a last-second change of perspective. The twist smartly works on a different plane: through the movie, Kevin’s personalities all talk of his coming transformation into ‘The Beast’, a creature with abilities beyond the reach of any man. For its majority, the film plays as a psychological thriller, not a supernatural one, despite the odd reference to the physiological effects the mind can possibly have on the body, peppered here and there to provide potential red herrings and add an extra dimension to its atmosphere. So when Kevin does turn into the Beast and demonstrates his incredible powers, such as climbing the walls or, later on, bending metal bars with his bare hands, the entire tone of the movie becomes full-blown science fiction. In fact, this turn in the plot deflated me slightly; I was hoping for some kind of medical explanation, or for the Beast’s ‘powers’ to closer relate to the edge of human capabilities in the real world, not to far surpass them. But in those final moments with Bruce Willis in the diner, and the connection to Unbreakable being revealed, I realised that Split wasn’t really a silly exercise in horror genre; it was a supervillian origin story all along. It now all makes perfect sense.

Consider Unbreakable: the central tension of the movie is whether or not Dunn is actually a superhero, or if his powers are all in his mind. Towards the movie’s conclusion, when the would-be hero rescues a family taken hostage by reading their captor’s mind, it’s confirmed that he indeed does have these incredible superhuman abilities. Split, then, runs parallel with this; it’s the same thread of playing with our perceptions and expectations. 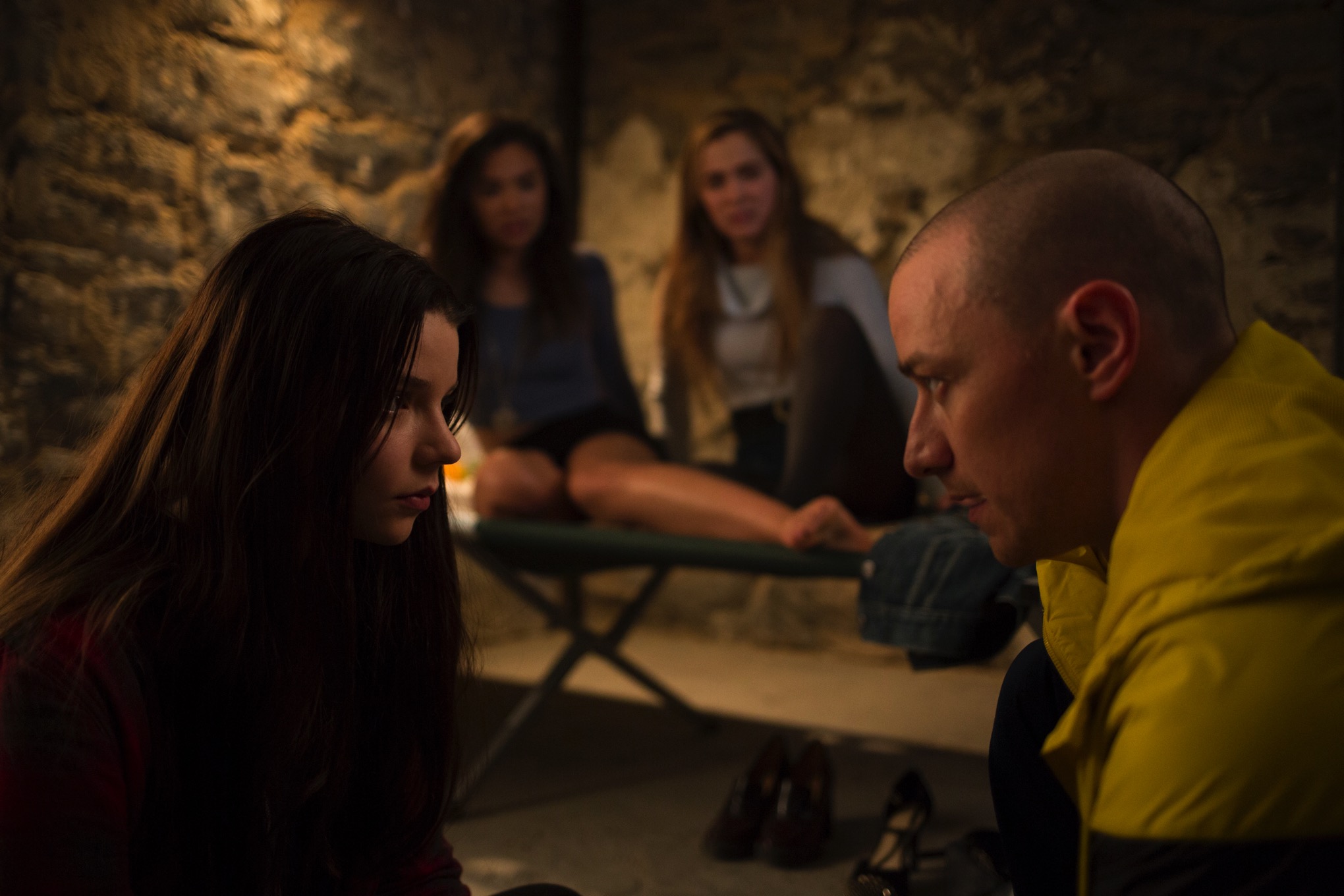 It’s the future of this shared universe that I’m most intrigued by. Shyamalan wants to make it a ‘trilogy’, so we can bet on seeing Kevin and Dunn facing off somewhere down the line. If the two really do meet, it’ll be a clash of the titans that’s been nearly two decades in the making, the most mature superhero franchise that’s ever been conceived – and the one we need now if we want our faith (and money) rewarded in a genre we believe in, but is warning to grow stale. Unbreakable still stands true to what we really look for every time we go to watch the newest superhero film: watching someone who has abilities beyond the reach of us normal folk, and choosing to do good with it. Perhaps Shyamalan has risen to challenge the storm of superheroes that are now regular fare at the multiplex – or perhaps he’s just here to win it back.

(P.S. How fantastic is Anya Taylor-Joy in this? Between this, The Witch, Morgan, and the upcoming well-received Thoroughbred, she’s proving herself to be the leading lady of horror.)

Split is in cinemas now.