(You’ve all seen Rogue One: A Star Wars Story by now. If you haven’t… well, why are you reading this? If you continue, I will spoil the ending for you. There’s also huge spoilers for The Force Awakens too, so if by some miracle you haven’t seen that either, get outta here.)

Stakes. They’ve been missing from our blockbusters for a while. When was the last superhero movie you saw that killed off its characters? I felt rather sure of myself going into last year’s Captain America: Civil War that one of its heroes was going to kick the bucket. But I had a nagging suspicion for the contrary outcome, and once the credits rolled, that suspicion was confirmed – despite my morbid optimism for the opposite. What happened? No one died.

Yes, there’s no way Marvel Studios – owned by Disney – were going to kill off War Machine. His damaged body being advertised in the trailer was almost a confirmation that he wasn’t going to be the one doing the bucket-kicking in the final film – but I imagined it could have played off as a wry diversion in the final film, instead offing a different character we hadn’t foreseen. But that didn’t happen either. And so, Civil War, an otherwise hugely entertaining movie, wasn’t as great as it should have been – but it simply followed suit in the wake of other blockbusters. Yes, Marvel have been the leaders in keeping all their cash cows safe from the slaughterhouse, but other similarly budgeted flicks have committed the same crime, too – and that is robbing their stories of drama. To have real drama, we need real stakes – and that means sacrifice. Death doesn’t have to be said sacrifice, but when it comes to the characters who have populated our screens over the past decade, it’s been curiously absent from not only Marvel but the general blockbuster format. So that makes it especially interesting that the even larger of Disney’s properties, Star Wars, has been going to town with it, and in the case of Rogue One, taking it to the ultimate endpoint. 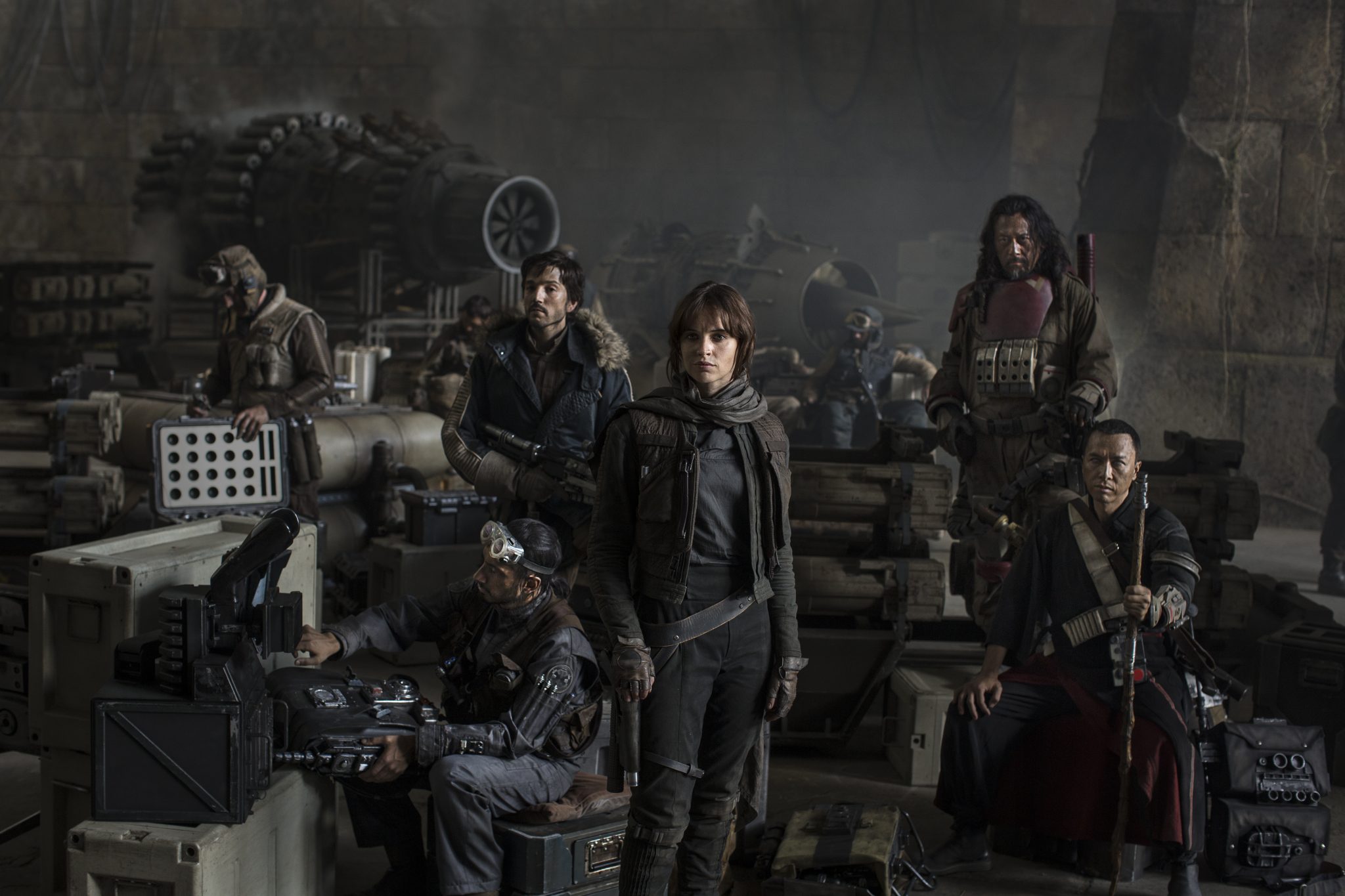 Rogue One‘s greatest gift to us? Everyone dies. Everyone. At least, every lead character does: supporters like ghost-Tarkin and Darth Vader obviously have their stories continue after the credits roll, but along with the main villain (Ben Mendelsohn’s Director Krennic), all six of the main heroes snuff it. Perish. Give up the ghost. Expire. Jyn Erso (Felicity Jones) and her band of misfit rebels won’t be around to star in a direct sequel – cue Episode IV jokes. Are we done? Good – and neither will they be popping up in the next Saga entry. Yes, there are already rumours that Diego Luna’s Captain Andor will show his face in the as-yet-untitled Han Solo standalone, but hey, since that’s set even further back in Star Wars history than Rogue One, at least he won’t be getting raised from the dead, or have his escape from the consumption of a city-sized fireball on Scarif explained.

Despite its other trappings, such as a few too many nods to the original trilogy or the fact we don’t really get to know these characters as much as Rey and Finn in The Force Awakens, this is Rogue One’s biggest accomplishment in terms of not only storytelling, but the state of storytelling. The fact that there is no survival, that this is about genuine heroism – putting it all on the table, and sacrificing oneself for the betterment of others – is a notion that is authentically executed, and I welcome it with open arms. It may very well signal a return to having true stakes in our movies. – and I’m not just talking about worldwide destruction, which we’ve seen in almost every recent superhero movie and sci-fi blockbuster. I mean stakes which play out on a smaller scale, but which have genuine meaning – genuine consequence. Watching a city be wholly destroyed does little to enrage or move me, but show me someone giving everything they have, i.e. their life, for what they believe in, and I’m in. Rogue One has both instances, but it’s the second that leaves the lasting impression. 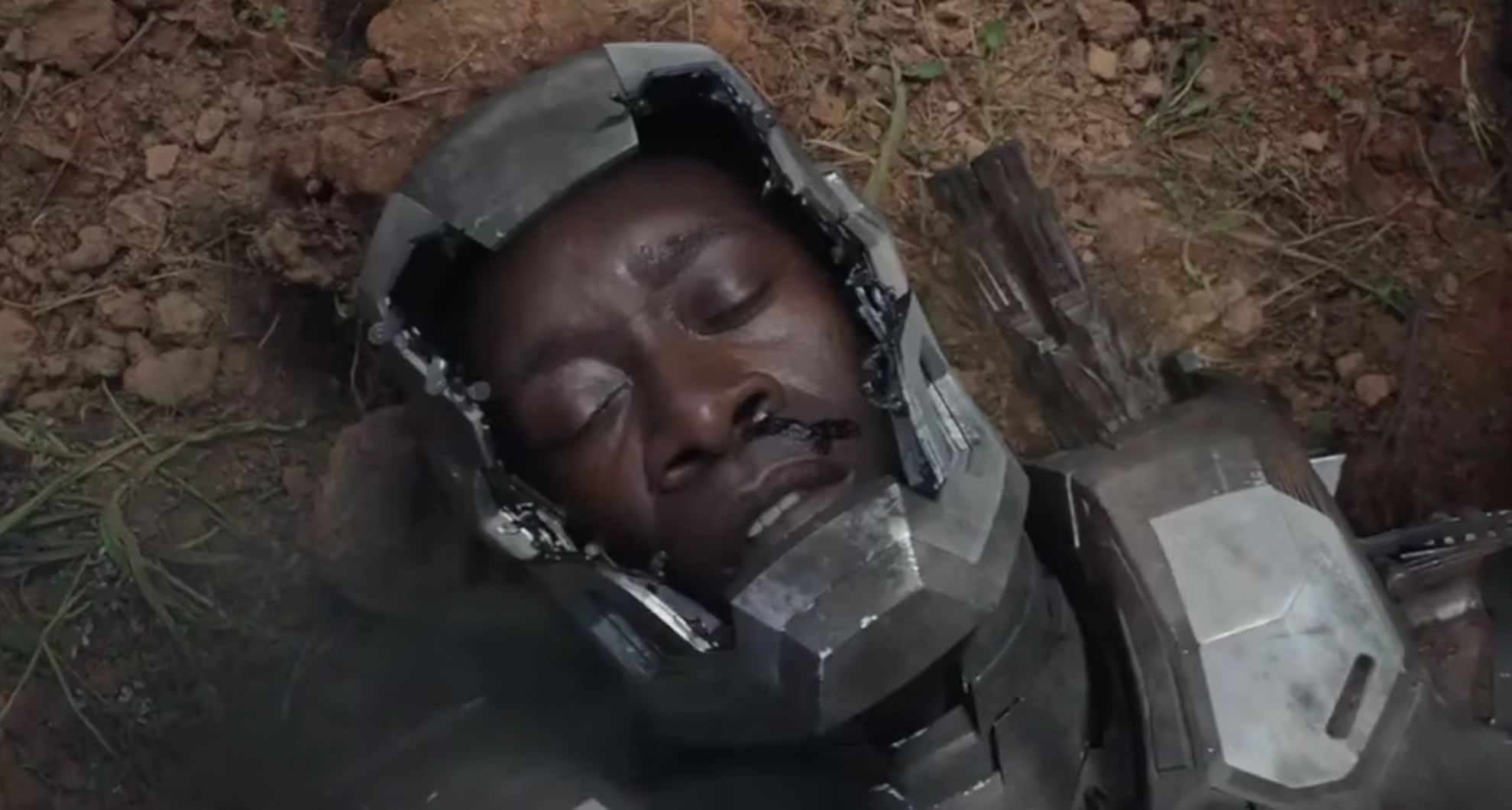 I’m hugely interested in Disney’s role in all of this, considering they own both Marvel Studios and Lucasfilm. According to Rogue One director Gareth Edwards – as he illuminates in the Empire podcast – the studio note to rescue at least one of these characters ‘never came’. No bargaining on Edwards’ part, and no demanding on the studio’s. Don’t you find it hugely bizarre that one of the largest corporations in the world didn’t want there to be more? (Translation: more money?) They also green-lit the fate of Han Solo in The Force Awakens; the death of one of the most beloved pop culture icons ever was something director JJ Abrams felt strongly about doing. He explains thusly: ‘We knew we needed to do something fucking bold. The only reason why Kylo Ren has any hope of being a worthy successor is because we lose one of the most beloved characters.’

Abrams gets why it needed to happen. He gets the importance of stakes. He and Edwards get it, we get it, super-producer and president of Lucasfilm Kathleen Kennedy gets it, and it seems that Disney is getting it, too. If this trickles down into the decisions made by Marvel Studios head honcho Kevin Feige, than all the better, because that will begin the trend for meaningful story turns (a trend that would ultimately suffer diminishing returns, but it’s better than the current nadir of fake-out deaths, or complete lack thereof, in blockbusters).

So will Star Wars begin a sea-change? Will future blockbusters follow suit? I’m not asking every character to die in the big-budget movies of the future – that would be savage – but for real drama to take place, it needs characters to go to extreme places. Those places include ones they can’t come back from.

Rogue One: A Star Wars Story is still in cinemas.