Welcome to The Green-Light, a column from Gary Green. Find within spittle-flecked passion and encyclopaedic insight on everything to do with the movies. 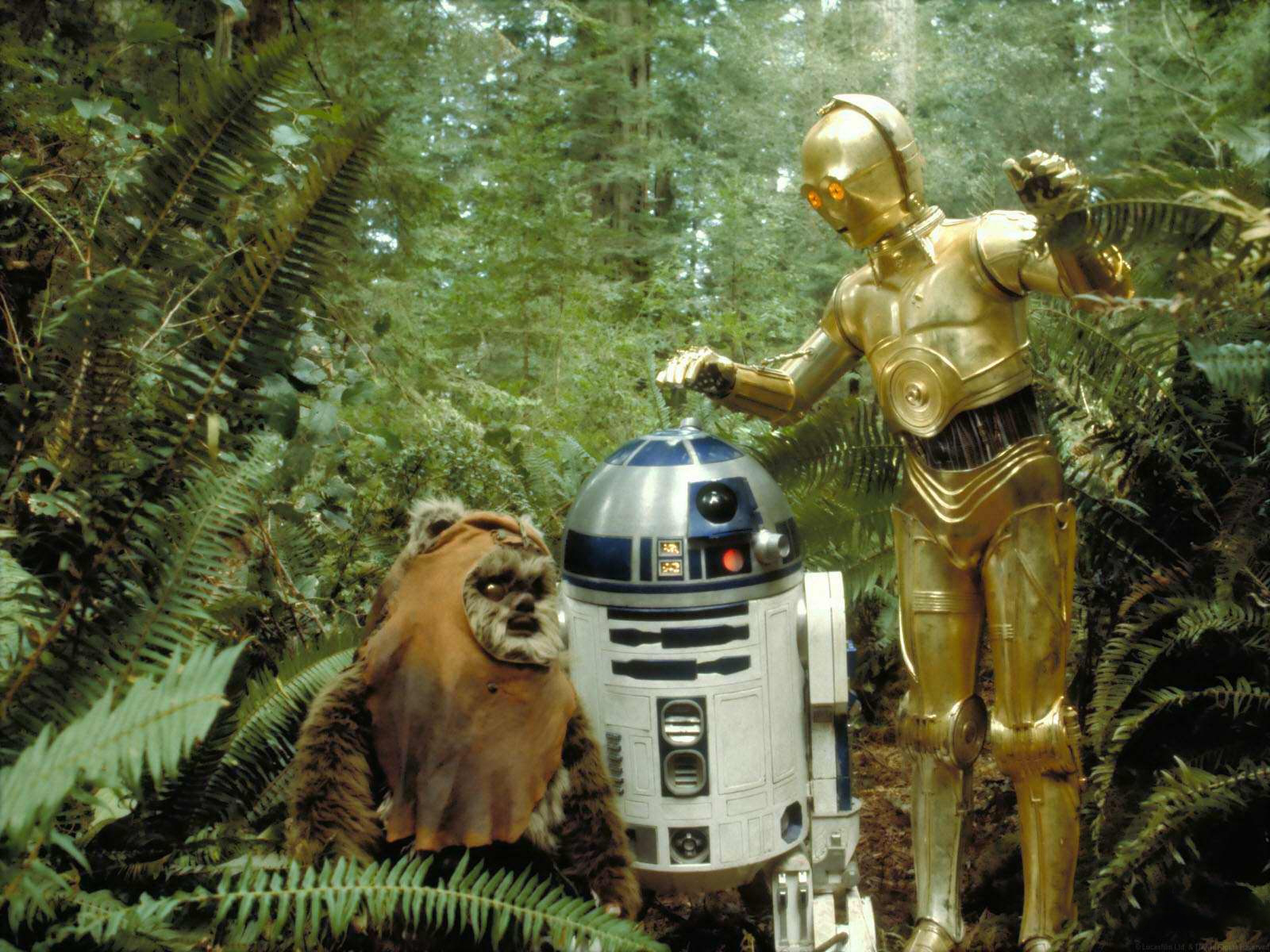 ‘You’re even less popular than I am, Wicket.’

But despite the Ewok-bashing (which must be an official term in Star Wars lore by now) over the years, I’ve never really heard a consistent, logical argument against their inclusion in 1983’s Episode VI – Return of the Jedi. But those who try typically fall into two camps: first, casting the furry little creatures as merchandise-fodder for George Lucas. Second, that the fluffballs play too big a part in the Battle of Endor for it to be believable.

Because tiny furry creatures helping out in a battle on a distant forest moon between two-legged death machines and people wielding lethal glowsticks isn’t believable.

Anyway, I think George Lucas throwing in the Ewoks for good measure so they could become toys isn’t totally out of the question. Obviously, Return of the Jedi came out quite a while before 1999’s Episode I – The Phantom Menace, which is where merchandise clearly became more of a concern for the director (Jar Jar Binks, anyone?) – but it’s easy to see that these cute, cuddly critters would shift a lot of stuffed toys and playsets. But I’d argue that there’s little about them that’s more mass product-ready than, say, the Jawas from A New Hope, or even R2-D2 and C3-PO themselves. Hell, it was always the Millennium Falcon that everyone wanted, and became one of the most beloved toys of all time; in that respect, the blame should be shifted toward Han Solo’s hunka junk for being too commercial. 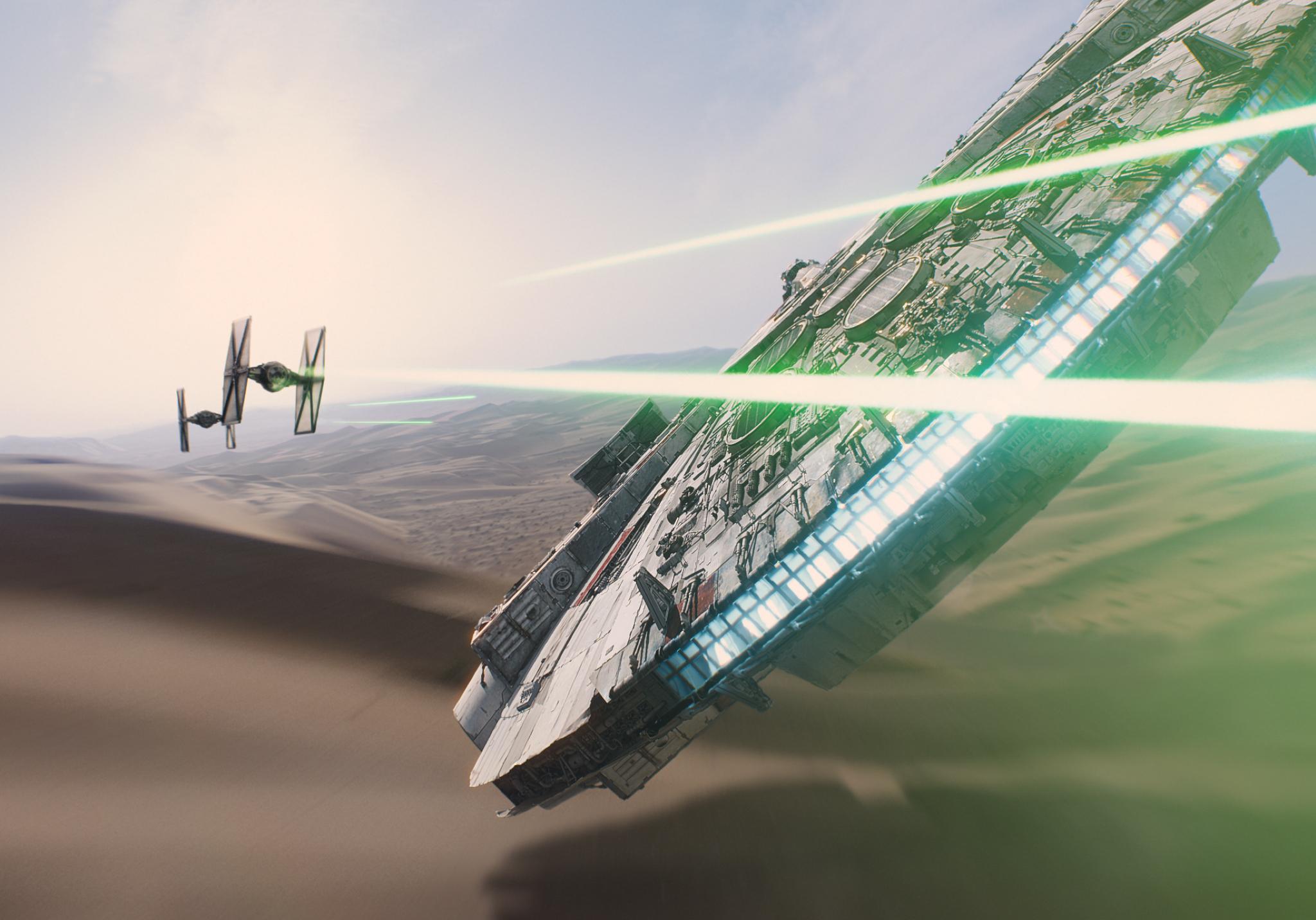 ‘The Millennium Falcon is the real culprit of Star Wars’ commercialisation. SHOOT TO KILL!’

That brings us to the second area of discussion: the Ewoks play too big a part in helping the rebels defeat the Empire. My retort: aren’t they allowed to fight for their home, like Luke, Leia, Chewbacca and the others? If you watch the film now, this argument loses footing as quickly as the drunken philosopher declaring it at the pub bar: the forest moon of Endor is the Ewok’s domain, so it only makes sense that those invading would be at a disadvantage when they discover the critters’ booby-traps when it’s too late. They’re fluffy and dumb-looking, but they’re smart hunters too. 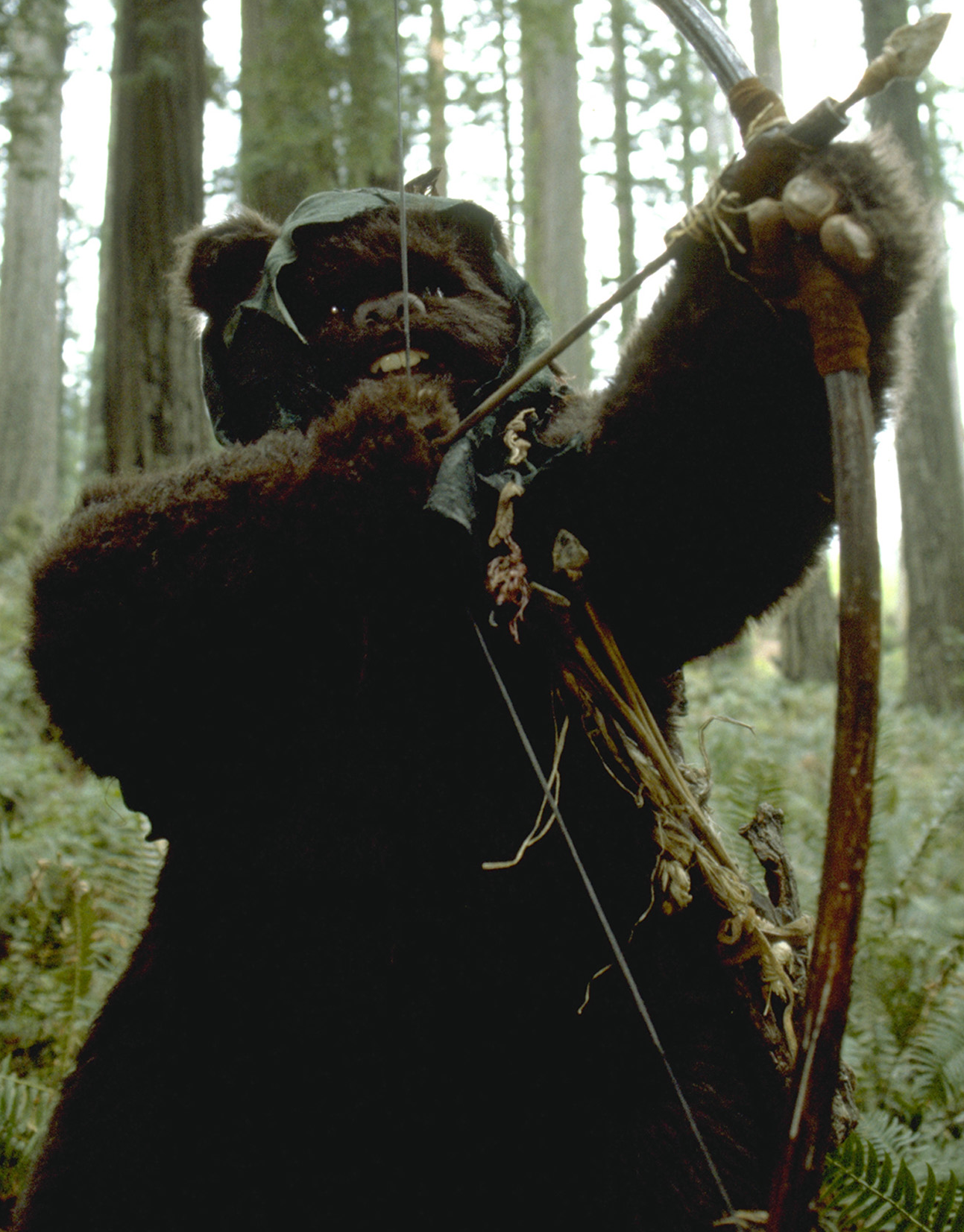 Ewoks get to go to war too.

Growing up watching Return of the Jedi, I grew up with the Ewoks too. They were just part of a whole – not the pop culture sacrilege that I think older audiences may have felt at the time. They add a delightfully unexpected element to Jedi’s story, an extra dimension which helps you realise that this battle is about even more than saving the sophisticated citizen; it’s equally about saving the caveman. The proto-civilisation of the Ewoks realise that they’re also part of this intergalactic war – and valiantly fight alongside the blaster-wielding elite, as they should.

I really do feel like I’m putting too much into my counter-argument. I’ve never thought this much about the Ewoks before – and why should I, when they’re clearly an integral part of a film series that prides itself on its incredible creature effects? But since the non-believers in the magic of the Ewoks put so much thought into it, I can only do the same.

Interestingly, the Ewoks is also the only argument I’ve personally heard against Return of the Jedi – which happens to be my personal favourite Star Wars movie. Whenever I hear someone say that it’s the worst of the original trilogy, all I hear are complaints about Ewoks. Nothing to do with the movie’s fundamentals, like its storytelling (which is deft, fast-paced, and epic) or its central characters (timeless) – just endless complaints about the sodding Ewoks. The problem with Return of the Jedi? The people who watch it, apparently. 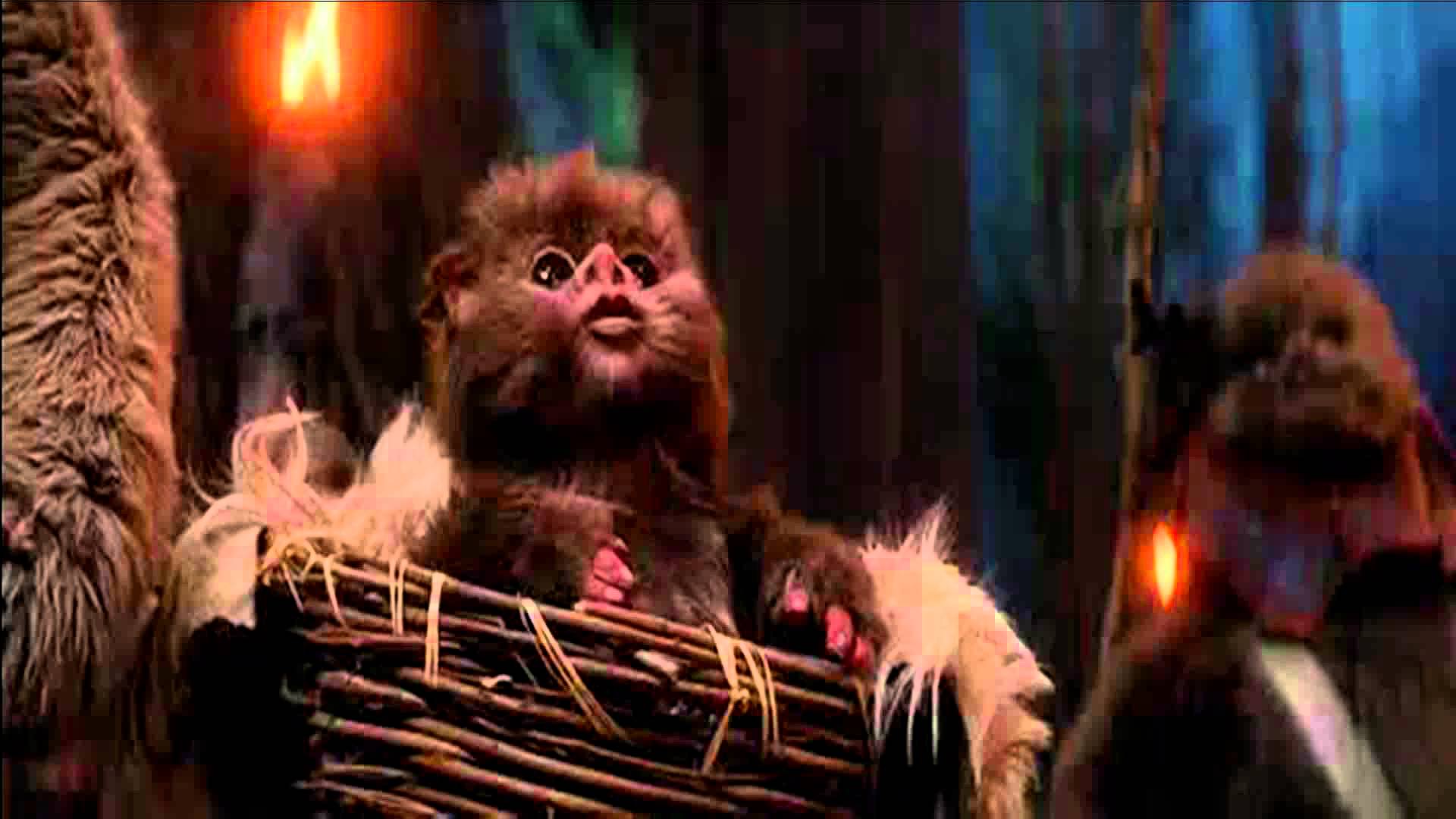 I think the real reason for people who hate the Ewoks, and people who love the Ewoks – like me – isn’t because of the creatures themselves. (And hopefully not because of crap like Caravan of Courage); it’s because we all feel so passionately about Star Wars. You can just sense the hushed anticipation for The Force Awakens, now only a few days away; the new film’s not even out yet, and has already attracted Ewok-level anger over Kylo Ren’s crossguard lightsabre. For however many reasons we love this franchise, trivial and otherwise, that unbridled passion is at the heart of the debate about the Force, the Empire, the Rebel Alliance… and Ewoks too, it would seem.