Warner Bros. is taking The Flash movie in an entirely new direction and have ordered a complete rewrite of the script. According to Variety, it’s getting a “page-one rewrite,” with the studio hiring Joby Harold to pen the new script.

Harold has some big projects in the pipeline, as he’s written the screenplay for Guy Ritchie’s upcoming King Arthur: Legend of the Sword and the new Robin Hood reboot. 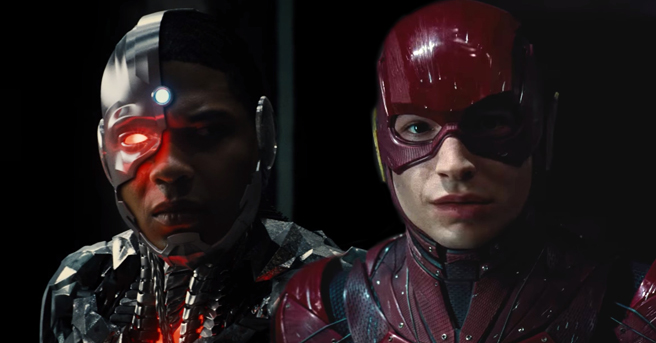 Ray Fisher as Cyborg (left) and Ezra Miller as The Flash (right).

The Flash movie is currently without a director, after Rick Famuyiwa left the project in October last year. Cyborg was expected to appear in the film, however it’s unclear whether his role will survive in the rewrite.

Miller’s The Flash first stars in Justice League, which arrives later this year, and you can see him make his first appearance as the speedy superhero in the trailer below:

The Flash is scheduled to hit theaters in July 2018.