The image shows a monitor featuring shots from the movie and has been doing the rounds on Reddit. Many believe the image to be genuine as the name Jesse Olivares is visible on the screen, who is a key video assist engineer on the film.

There are four shots in total, but the only clear and definite one is a CGI action scene of Doctor Strange flying towards Spidey, with the dialogue “Peter! Protect them. They’re not dead.” See the image below: 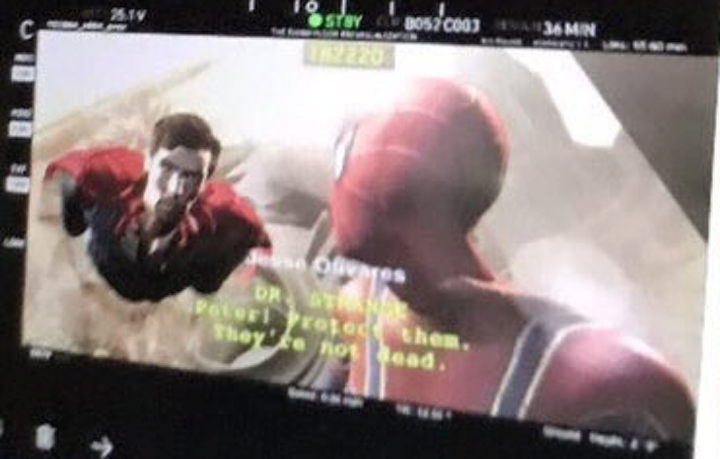 Cumberbatch and Holland have said their characters will team up in the film.

The less visible shots are more ambiguous, but it looks to be Elizabeth Olsen’s Scarlet Witch in the bottom left picture, while many fans are speculating that it’s Aaron Taylor-Johnson’s Quicksilver in the top left.

So will Quicksilver make a speedy return? We’ll find out when Avengers: Infinity War is released on May 4th, 2018.