The animated film will focus on Morales, who is a black-Hispanic teenager, and Belson spoke of the change:

“Stan Lee’s original vision for the character was that anyone could wear the mask. Spider-Man can be any age, race or gender. So here at Sony we were just really inspired by that idea so I know there’s been a lot of speculation on this, and today I’m really happy to be able to confirm that our animated Spider-Man will indeed star Miles Morales. Now for those of you who know who Miles is, you will understand why we are so excited to be telling his story. And for those of who don’t know Miles, look him up. He’s a pretty cool cat.” she said in a statement.

Spider-Man can be any age, race or gender. And today I’m really happy to be able to confirm that our animated Spider-Man will indeed star Miles Morales.

22 Jump Street director, Phil Lord is on board as producer, telling the press of his excitement to be involved:

“There are a ton of amazing surprises in this movie. The animated nature of it allows us to go places where we’ve never gone before. The thing that inspires us most about Spider-Man is that anyone can wear that mask. I think that’s why the character is so popular. That underneath there you can be any race, creed or color. You can be any gender. And everybody can kind of project themselves into that hero and that’s the kind of movie we’re trying to make.” he said.

Belson promised that the movie “will have a very different look from anything we’ve seen before.” While Lord’s filmmaking partner Chris Miller, who will also produce, said the film offers “a lot of heart, a lot of action, and a lot of laughs.” 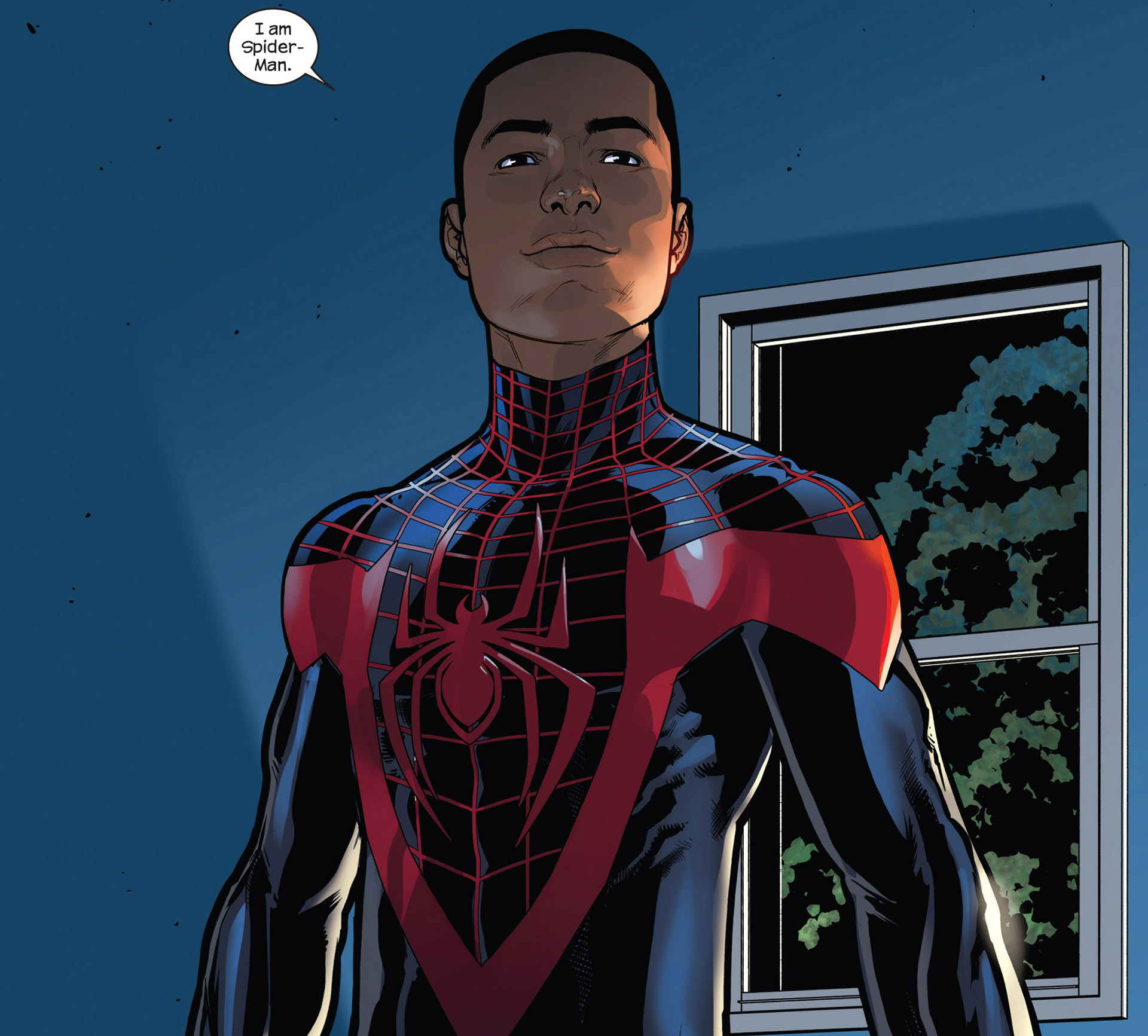 In the comic books, Morales comes from another Marvel universe.

The animated Spider-Man will hit theaters on December 21, 2018.