Love it or loathe it; event cinema is here to stay. We keep buying the tickets (or going on press freebies), and driving up interest… as well as prices.

There are a range of venues popping up all over London this summer to give you the cinematic fix you might be craving. From pillows to hot tubs, there are more ways than ever to watch classic films in environments you never knew you wanted. Secret Cinema itself has gone through the transition from small, quirky experience that genuinely was an infuriating surprise that no one talked about, to an unavoidable colossus standing astride the event cinema scene. Having scored a massive hit – albeit after a disastrous first few days – with last year’s Back to the Future (BTTF) event still being raved about. In fact it was still the talk of the town when we arrived for our clandestine rendezvous with The Empire Strikes Back somewhere in London.

In the interest of keeping the secret part of Secret Cinema going, we’ll try and avoid too many spoilers here. Part of the problem of this aggressive expansion undertaken by the team behind Secret Cinema, however, is that social media means a quick search of the appropriate hashtag will give-away the geo-locations of everything to do with the night.

In the interest of fairness too, we should point out we were given two tickets for review purposes. Prices for tickets to the event have broken the £75 barrier. That said, with all the bells and whistles that went into the BTTF presentation, you have to look at the night as more than just a screening. It is a whole evening of entertainment, and that is about the going rate for a night out in London. No really, it is.

When you sign up for your chosen night, you get sent a few customary log in details to enhance the experience. It can be a chore to go through it all, but you do get given a character name and costume details to go with it. The fun part is in giving it all your own spin. There is a shop with outfits and other bits and bobs for sale, but you can just as well make do with your own tat from home. We did.

The venue itself is a short walk from the station you are asked to arrive at. Again, as you pass several bus routes and a number of public highways, the “secret” will almost certainly be out by now. Probably revealed by some spotty teens messing around and hurling insults to the “nerds” they see walking past them as the path to a galaxy far, far away goes past a Pizza Hut and dodgy multiplex cinema #starwarswankers.

The building where the event is housed is full of character itself. This plays an integral part of the setup, especially later on, when the evening becomes more of a free-roaming platform game as opposed to the strictly-ordered theatre act we first see. The general setup consists of a large market place where food and drink are readily available. Variety and prices can’t really be faulted, although the lack of places taking cash is a bit annoying. There are a few things to do here, and the odd character will make themselves known and try to involve you in the story, but being one of those people who finds it all a bit awkward, I found myself trying to blend into the background.

For the most part, you are left to your own devices in a very large central space. There is no risk of over-crowding here, although the main bar seems to be permanently busy. The arid, dusty environment may be by design, but it is sweltering to the point of uncomfortable. There are plenty of little places to find shelter though, and even more of these seem to crop up after the main screening itself.

The highlight is a live performance of something we can’t mention pertaining to something very cool. If you were wondering where you cash went, then it is in this section of the show, and it is well worth the money. Just be sure to head up as soon you see the crowds thinning at the bar. You don’t want to miss this.

Onto the screening itself then. The Empire Strikes Back is rightly heralded as the best of the series. Of course, fan fever is about to get even wilder when the new film is released later this year, and with that it is canny timing for this particular event. 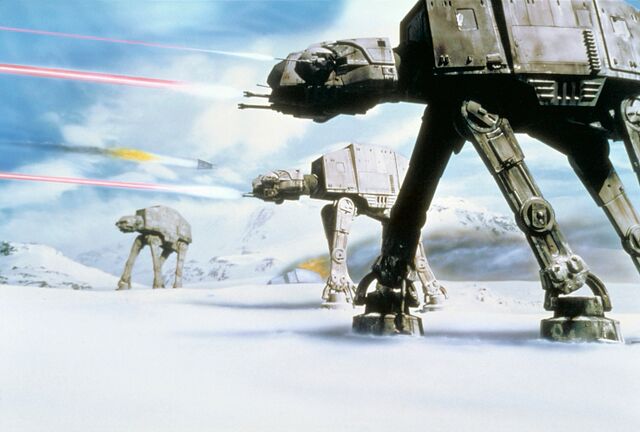 The seats are surprisingly comfortable, and there is not a dud spot to be watching from. Just be sure to keep an eye out for the additional surprises.

Once the film is over, you can head straight home. Those looking to get the last tube or train, might want to take up this option, but they would miss the chance to take a leisurely stroll around. There is also a rather excellent music selection to be enjoyed across the venue.

Is it all worth £75 then? It’s a tough call. The fact is, that even if you make your own costumes and try to keep costs down, once you add in food, drink and travel you are looking at £100 per person. But as we mentioned, this is no ordinary cinema screening. The effort has been made on the part of the organisers to keep things as authentic as possible. You never get a sense that knock-off outfits or shoddy car-boot sale props are being used, this is the real deal. I’d argue that Secret Cinema should go back to smaller, more cult films or classics that might not be so well known by younger audiences, but then I’d be harking back to a time when a Twix would cost less than 30p. 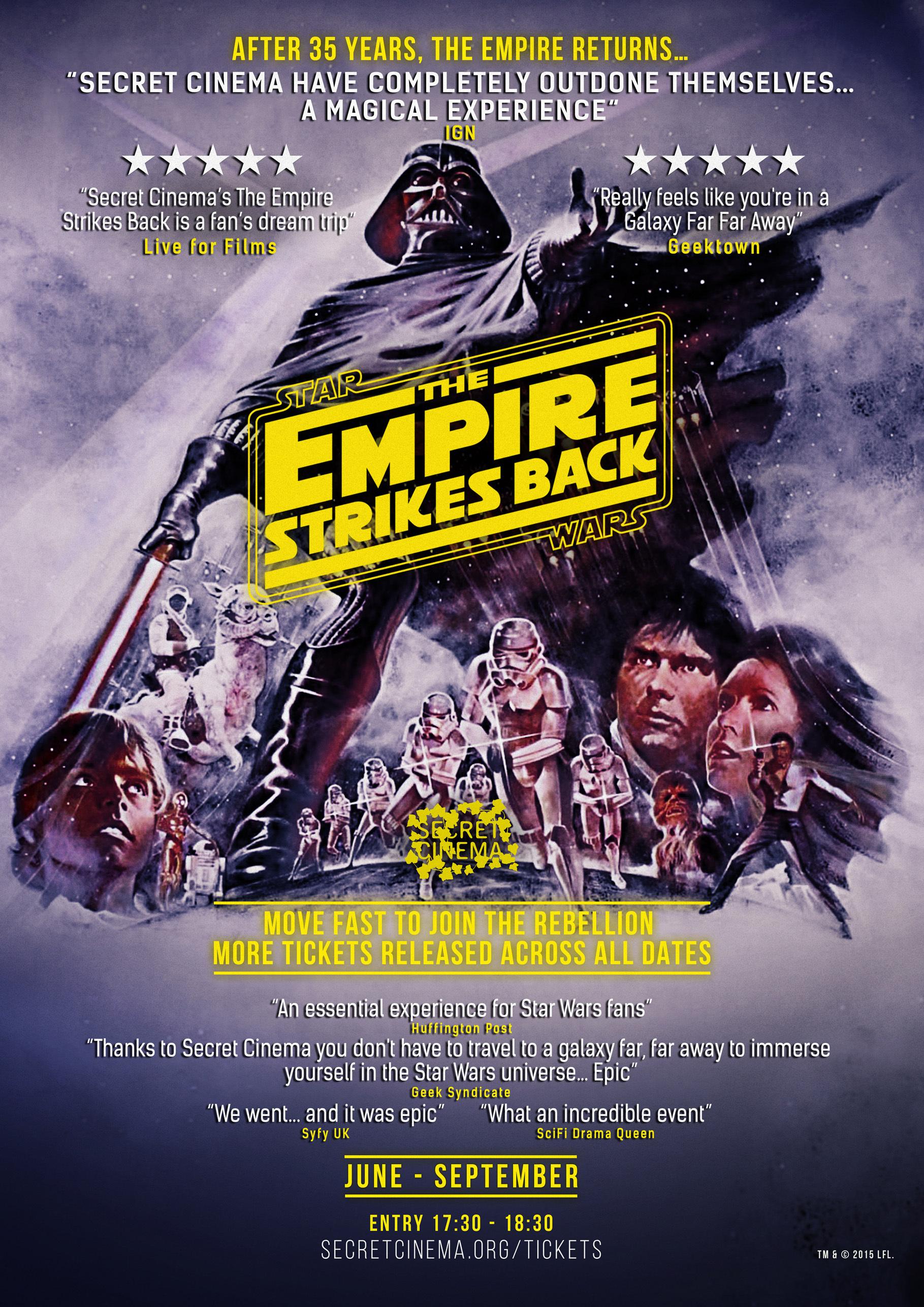 Secret Cinema Presents: Star Wars: The Empire Strikes Back is on now until 27th September 2015, visit www.secretcinema.org/tickets/ to purchase tickets.

1
We use cookies to ensure that we give you the best experience on our website. If you continue to use this site we will assume that you are happy with that.OKRead more