Alien: Covenant may have had its London premiere today (which you can watch back here) but it actually had its first press screening in Korea yesterday, with the reactions now in.

With the film’s public release arriving earliest in Korea (May 9th), Michael Fassbender and director Ridley Scott took part in their first interviews for the Korean press:

And Korea was also lucky enough to get the first press screening. The reactions from that have now found their way on Reddit and Korean film site MaxMovie and they’re generally very positive. They are brief, with the embargo on Sunday, but still very telling. Check them out below:

First screening of Alien: Covenant in Korea from LV426

“It has a really cool look and feel. The alien action sequences are great. Michael Fassbender is excellent. It’s essential to see this movie in a theater to get the full experience”

“Only Ridley Scott could make this film so elegant yet scary. It’s nice that they use some of the same music from the original Alien too”

They also shared images of the press kit and poster from the screening: 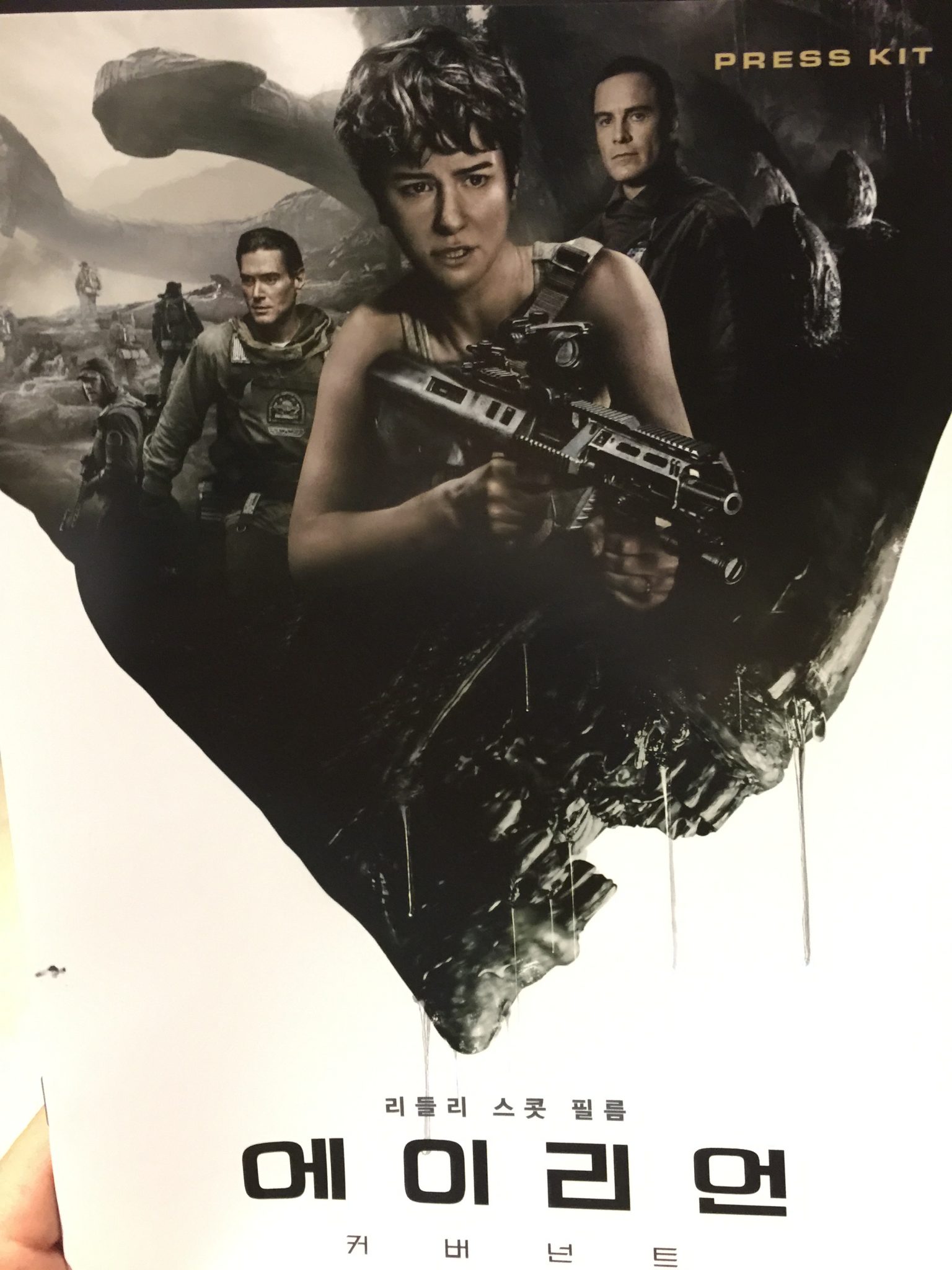 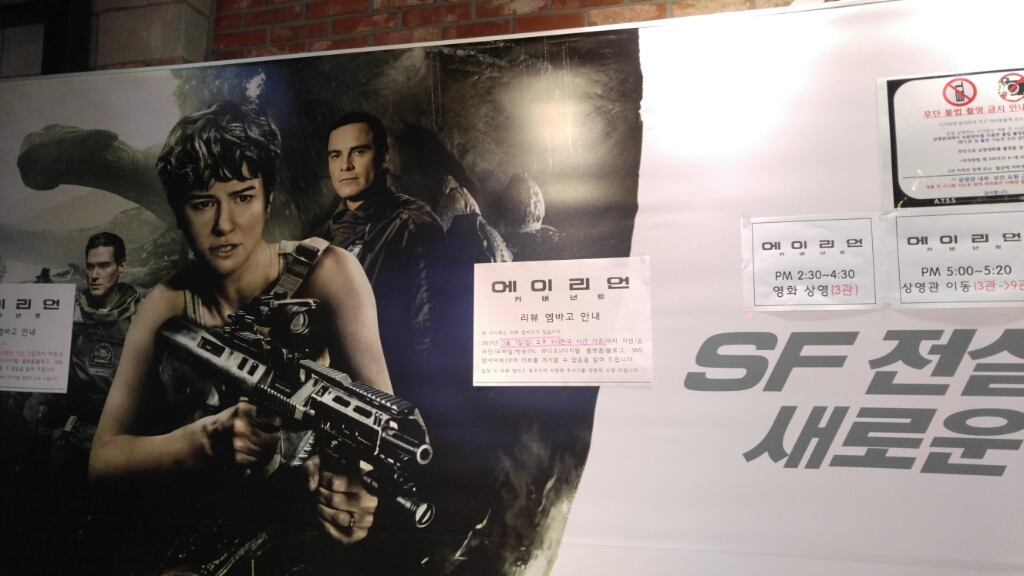 Alien: Covenant hits US theaters on May 19th.

One comment on “Reactions from first Alien: Covenant screening”