Lionsgate have revealed a new poster for their upcoming blockbuster Power Rangers and with it gives us our first look at the new Zords from the film. Although the majority of them are covered by strategically positioned mist and fog, it is our first taste of what we can expect from the giant robots in the new film next Spring. (via IGN). 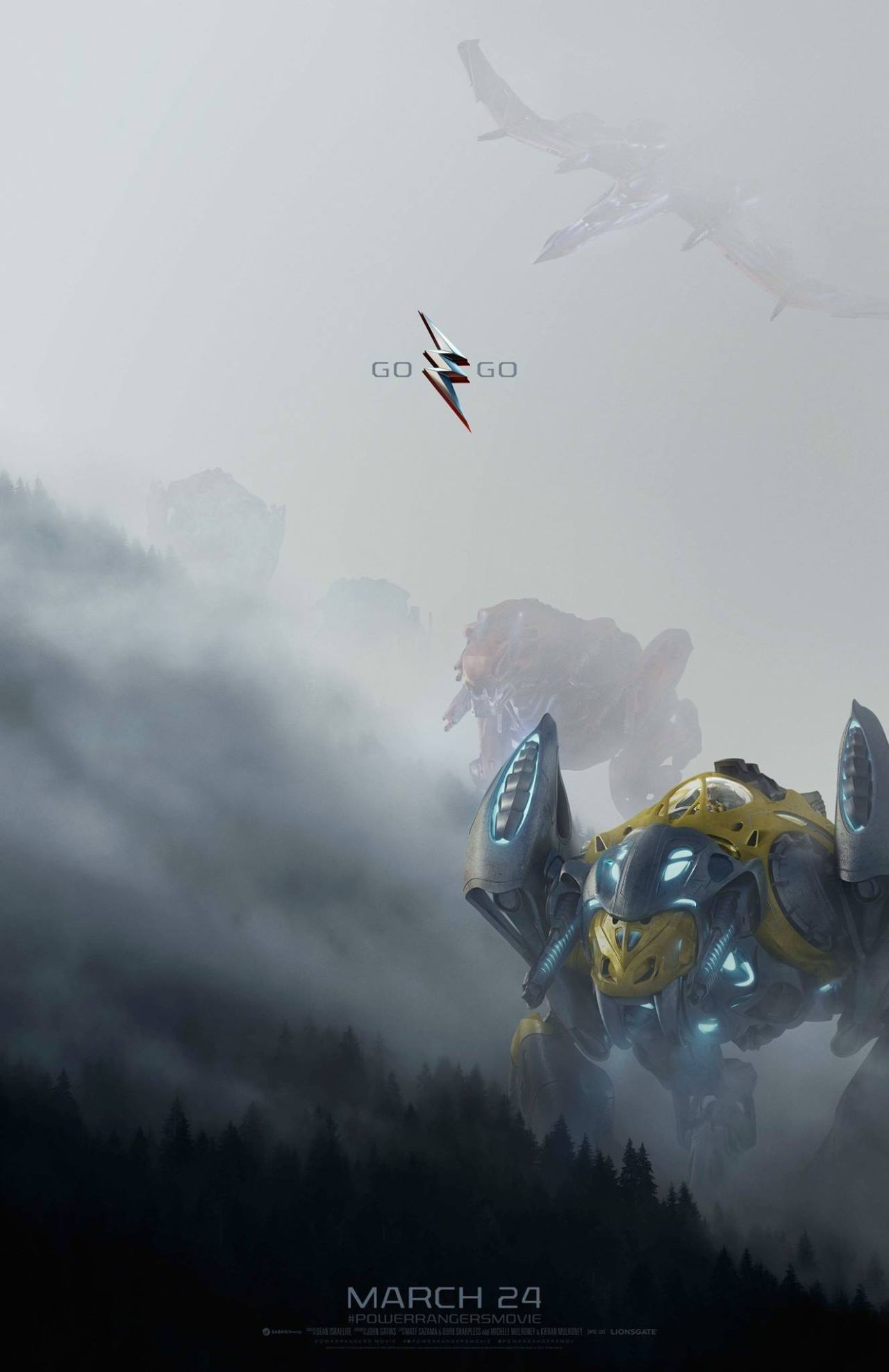 In addition, The Wrap has reported that the original Power Rangers theme could be in the new movie. A version of the classic theme can be heard in one of the trailers but nothing official has been forthcoming as of yet and the theme may not make the final cut. However, it seems that we may well get a new version in some shape of form, perhaps on the film’s soundtrack.

Here’s the official synopsis:
“Saban’s Power Rangers follows five ordinary teens who must become something extraordinary when they learn that their small town of Angel Grove – and the world – is on the verge of being obliterated by an alien threat. Chosen by destiny, our heroes quickly discover they are the only ones who can save the planet. But to do so, they will have to overcome their real-life issues and before it’s too late, band together as the Power Rangers.”