New Star Wars: The Last Jedi posters hint at a shocking twist with Luke Skywalker as a possible villain. Making Star Wars claim to have seen two leaked posters, set for official release around October, and the site has produced “fairly faithful recreations” of those.

The sketches have a similar style to the previous posters, although the two new posters contrast one another, with one focusing on the heroes and the other on the villains. However, what’s unusual is that a hooded Luke takes centre stage amongst the antagonists. See the posters below:

Potential “Star Wars: The Last Jedi” Concept Poster Seems To Imply That Someone Has Turned To The Dark Sidehttps://t.co/15lKMN7kR5 pic.twitter.com/MhYjAUCLNl

Although Kylo Ren and Supreme Leader Snoke appear amongst the heroes on the other poster, Luke is the only supposedly good character to feature on the evil sketch, which has many wondering whether Luke will abandon the Light Side for the Dark. 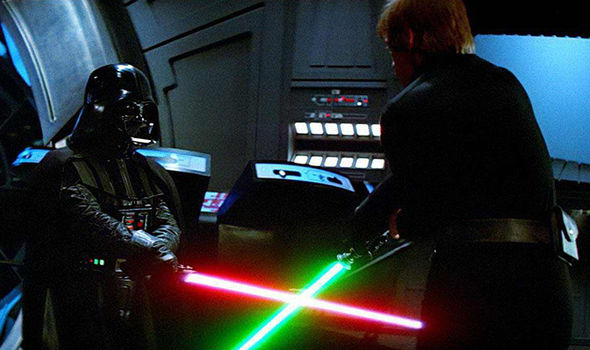 Luke has been tempted before.

Luke’s closing line of the trailer also has fans questioning his allegiance: “It’s time for the Jedi to end.” While Mark Hamill, who of course plays Luke, told ABC Nightline that when first reading Rian Johnson’s script, he complained to the writer and director, as he “disagree[d]” with his character’s new direction:

“When I read [episode] eight I told Rian, ‘I fundamentally disagree with virtually everything you’ve decided about my character’. It was as shocking to me to read what Rian had written as I’m sure it will be for the audience,” he said.

We’ll find out the facts when Star Wars Episode VIII: The Last Jedi arrives on December 15.