A new image has arrived of Pennywise the Clown from the upcoming movie adaptation of Stephen King’s It.

The new photo comes via Empire and shows an iconic shot of Bill Skarsgård as Pennywise lurking in the sewers: 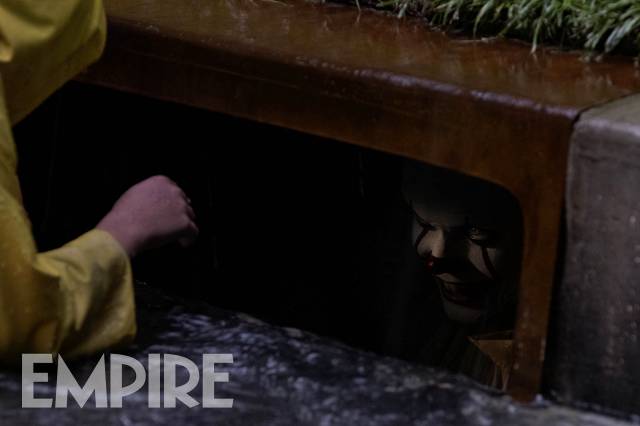 Reminiscent of Tim Curry’s 1990 incarnation of the character:

The reboot’s director Andrés Muschietti told the magazine that the new film will make you “s*** a brick”:

“There’s supposed to be a less-is-more thing in horror. It’s like you’re not really meant to show the monster. But Pennywise is different. With Pennywise, it’s like, ‘This is the monster, I’m showing it to you… and you’re going to shit a brick.’” he said.

It hits theaters on 8th September.