Finally, we get to see all of the Justice League heroes in one place. DC Films has unveiled new concept art featuring Batman, Superman, Wonder Woman, Aquaman, Cyborg and The Flash.

Check out the poster — which was revealed on the official DC Films Facebook page — below: 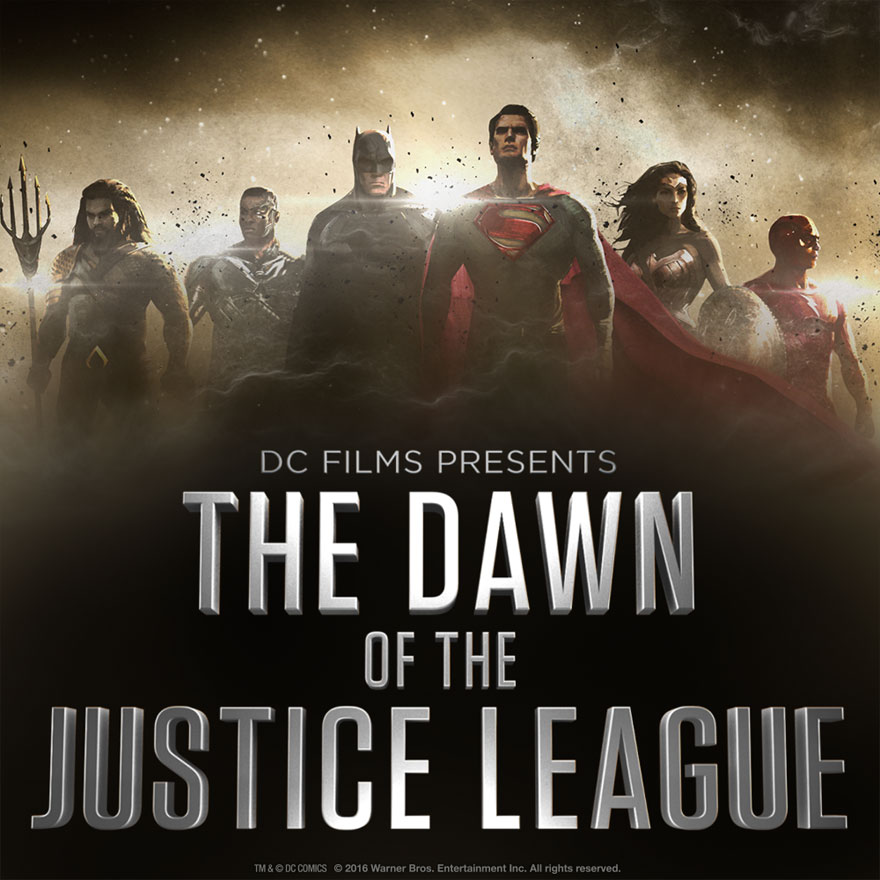 Expect a new Suicide Squad trailer and Batman V Superman details to pop up soon, as DC Films Presents: Dawn of the Justice league airs tonight at 9:30pm ET/PT on The CW.