20th Century Fox has released a new poster for Assassin’s Creed starring Michael Fassbender. Check it out below: 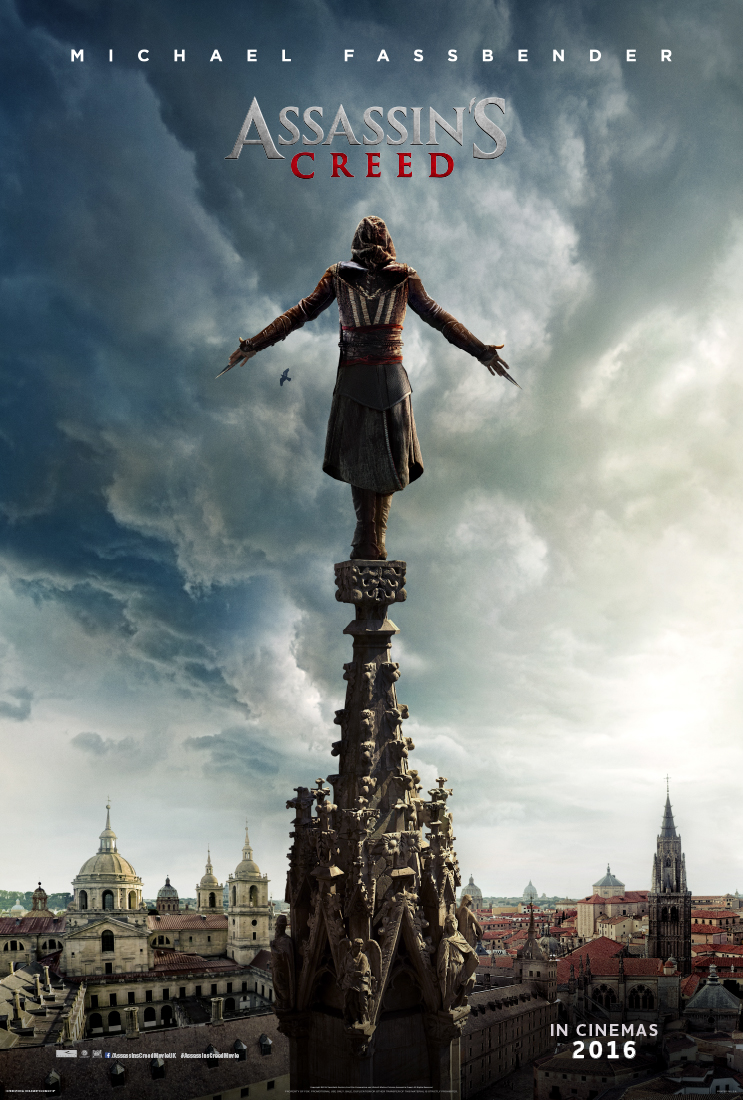 The game-to-movie adaptation tells the story of Callum Lynch (Michael Fassbender) who through a revolutionary technology, unlocks his genetic memories and experiences the adventures of his ancestor, Aguilar, in 15th Century Spain. Callum discovers he is descended from a mysterious secret society, the Assassins, and amasses incredible knowledge and skills to take on the oppressive and powerful Templar organization in the present day.

Assassin’s Creed hits screens on December 21. And you can see the trailer here.