It’s a good day to be a fan of musicals. Firstly, Illumination Entertainment’s previously untitled animated musical gets a name – Sing – and a great cast too. It will feature Matthew McConaughey, Reese Witherspoon, Scarlett Johansson, Seth MacFarlane, John C. Reilly, and Kingsman newcomer Taron Egerton. The film follows Buster Moon (McConaughey), a koala bear who presides over a dusty old theatre who then decides to bring it back to its original glory by hosting a huge singing competition. No, we’re not entirely sure why the cast are animals, let alone singing animals – but in the world of musicals and animations, anything can happen. Check out the poster below: 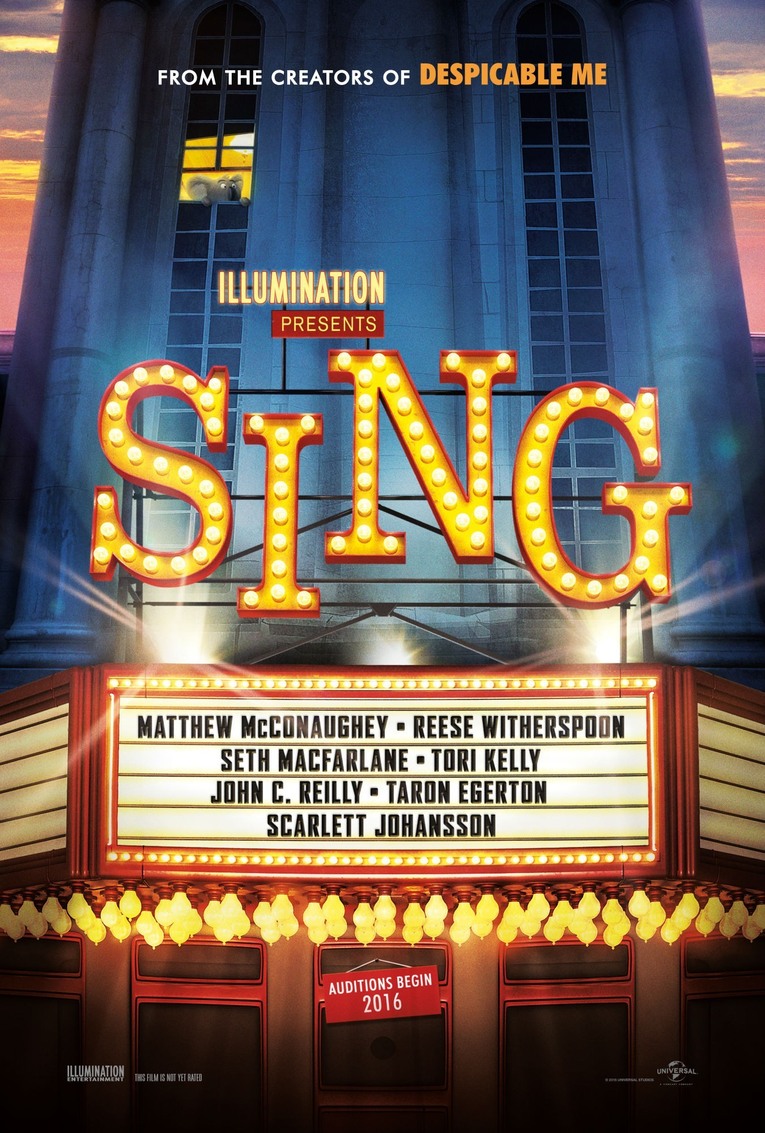 Secondly, it sounds like Joss Whedon is already planning his next movie – also a musical. Following his exhaustion from making Avengers: Age of Ultron, Whedon revealed to the University of Oxford’s student union (reported by Den of Geek) that he’s currently working on an all-singing, all-dancing musical – but it’s anyone’s guess as to what genre it will be. With Whedon, anything is possible – but the idea of the cult writer / director making  a musical isn’t entirely surprising, as he already dabbled in the medium with the much-loved Buffy the Vampire Slayer episode ‘Once More, With Feeling.’ All that we really know is that this won’t be a sequel to Dr. Horrible, Whedon’s own web series.

Sing is set to be released December next year.