Now this would have been very, very cool. Neill Blomkamp, director of both District 9 and Elysium, has posted images to his Instagram page artwork for a now defunct Alien 5. He also revealed that he was part of the project, but it’s unknown to what extent. ‘Was working on this. Don’t think I am anymore. Love it though. #alien #xenomorph,’ the director wrote alongside the uploaded images. But what does this concept art, by Geoffroy Thoorens, reveal? It shows a somewhat aged Ripley (although not mirroring Sigourney Weaver’s current number of wrinkles), with what appears to be a deformed – from birth or injury – Michael Bein, assumedly returning to the role of Dwayne Hicks who first appeared in 1986’s Aliens but was killed off in Alien 3. The pictures are most explicitly concerned with the alien itself, in all modes of egg, facehugger and even a Queen itself, and what looks like a Weyland-Yutani conservation area for them (which instantly spells trouble). It’s a shame we probably won’t see this dark vision of Blomkamp’s realised – but we do have the Alien universe continuing in some form with the Prometheus films. Below is one of the images Blomkamp uploaded: 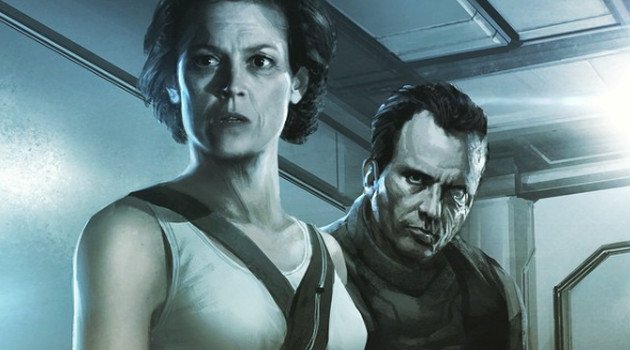