With news this week that Marvel and 20th Century Fox’s upcoming superhero film Logan is to make its debut at this year’s Berlin Film Festival, the studio’s and star Hugh Jackman have revealed the official synopsis for the film which you can view below. (via ComingSoon.net)

Marking the final appearance by Jackman as Logan/Wolverine, the film takes its cue from the “old man Logan” comic-book series and sees the mutant in Mexico as he cares for Professor X (Patrick Stewart) whilst hiding from those who mean to bring them both harm. In addition, The Reavers are the villains through the film, led by Boyd Holbrook, and we also get our first glimpse of X-23

You can view the reveal “poster” below but here is the official synopsis:

In the near future, a weary Logan cares for an ailing Professor X in a hide out on the Mexican border. But Logan’s attempts to hide from the world and his legacy are up-ended when a young mutant arrives, being pursued by dark forces. 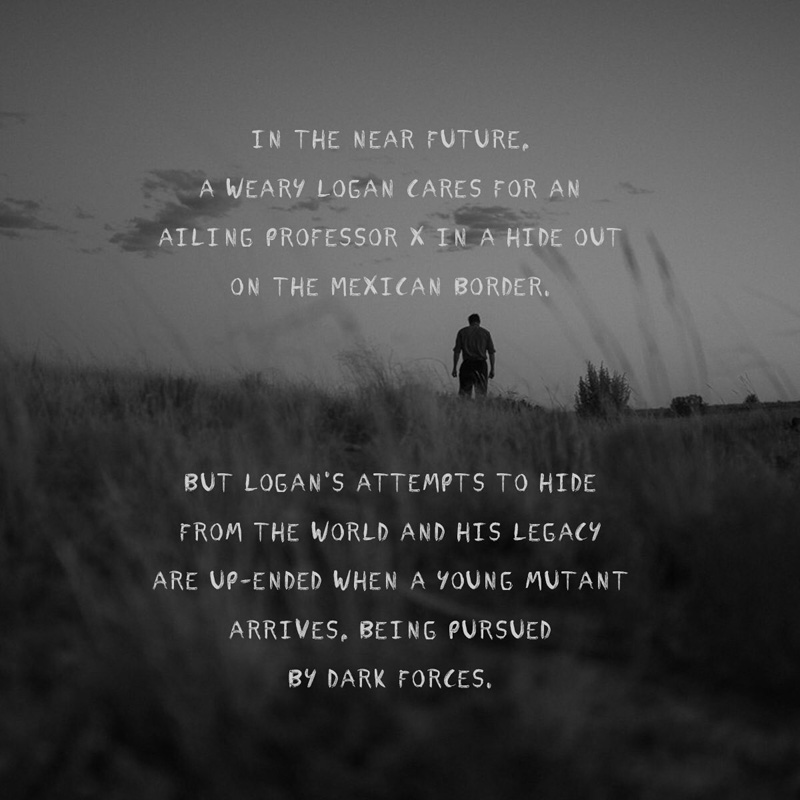