New images have arrived for Alien: Covenant giving us another look at Katherine Waterston in the role as Daniels.

The photo of the Fantastic Beasts star comes courtesy of Entertainment Weekly, and you can check it out below: 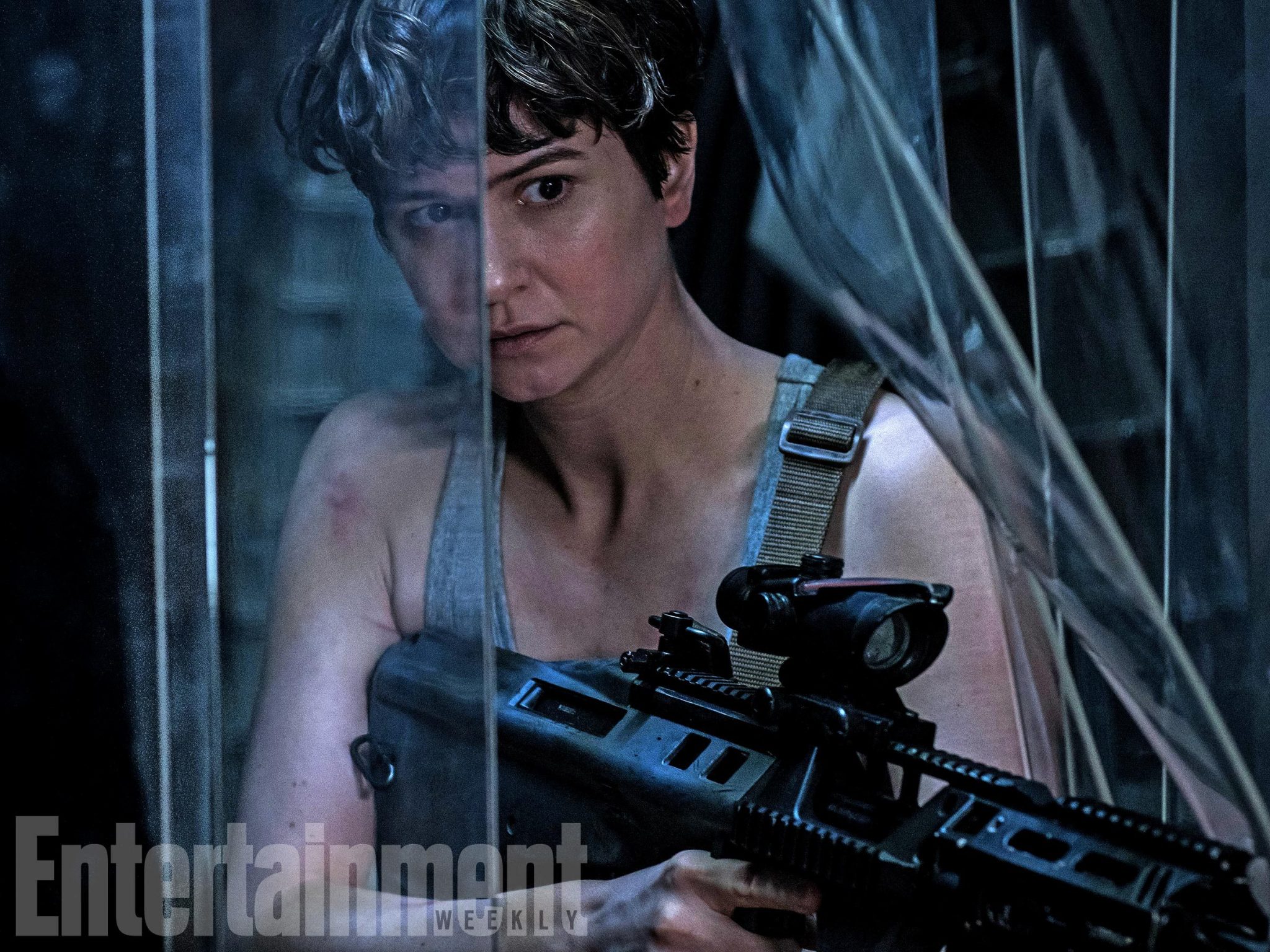 Another photo was also released by the Alien official Twitter, showing an Engineer hallway, reminiscent of the 1979 original:

Yesterday, the same Twitter account posted images from the film accompanied by random numbers, and many believe them to be milliseconds counting down to the first trailer release. However, with this latest image captioned by a bigger number than the previous ones, it surely puts that theory to bed.

Although, it’s likely that the trailer will soon arrive, as the Alien sequel isn’t too far now from hitting theaters on 19 May 2017.