Despite being nominated on the shortlist for this year’s Razzie awards, Warner Bros and DC are moving full-steam ahead in their bid to regain the reigns of their “expanded universe” with the upcoming superhero team-up Justice League. And with much of the criticism aimed at the film from different sources, they and director Zack Snyder have gone for a slightly less gritty tone for the next installment as seen in last year’s Comic-Con trailer. (via ComingSoon.net)

And this weekend, a new image has revealed 5/6’s of the group ready for action on what could be the Bat-plane or something else similar designed by Bruce Wayne. Noticeably absent again is Henry Cavill’s Superman who of course “passed on” at the end of Batman v Superman: Dawn of Justice, although as we all know he isn’t really dead, but it seems the filmmakers are keeping his involvement and indeed his look for the film under wraps for now. Still, you can enjoy Batman (Ben Affleck), Wonder Woman (Gal Gadot), Aquaman (Jason Momoa), The Flash (Ezra Miller) and Cyborg (Ray Fisher) posing together below.

Fueled by his restored faith in humanity and inspired by Superman’s selfless act, Bruce Wayne enlists the help of his newfound ally, Diana Prince, to face an even greater enemy. Together, Batman and Wonder Woman work quickly to find and recruit a team of metahumans to stand against this newly awakened threat. But despite the formation of this unprecedented league of heroes — Batman, Wonder Woman, Aquaman, Cyborg and The Flash — it may already be too late to save the planet from an assault of catastrophic proportions. 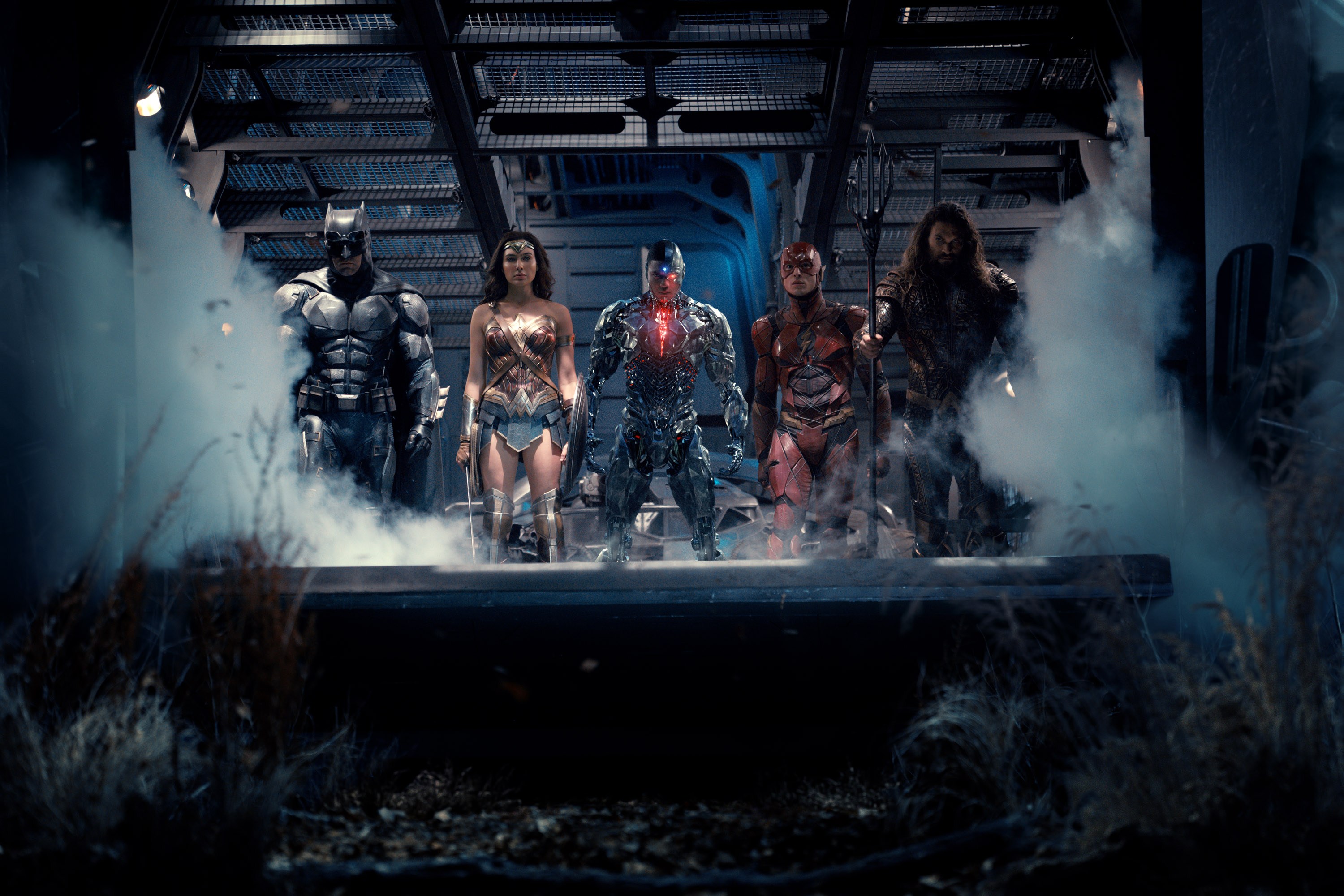