Jude Law has revealed that he turned down the opportunity to play Superman. Speaking on The Late Show with Steven Colbert, he explained that he was offered the chance to don the red cape in a Man of Steel project from the ’00s.

“This was a while ago,” Law told Colbert. “They rebooted Superman. Not this last time with Henry Cavill. They did it once before – when I was obviously young enough to play Superman.

“It didn’t float my boat. I just really didn’t want to go there.” 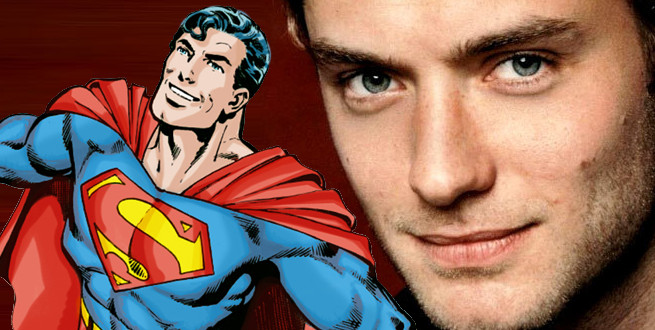 Would Jude Law have made a good Superman?

He then went onto further to explain why the role just wasn’t for him:

“I’m an Englishman, and I just felt like… it just didn’t seem to fit. And I was always worried about the outfit and I just didn’t fancy it. And this director was very keen to meet and impress it upon me.”

And he even tired on the famous costume:

“So I take the suit into the bathroom. Suddenly I’m putting it on and then I look around and I’m in a mirror and suddenly, I’m Superman, right? And then I had this picture of me in that costume, you know, in posters all around the world and I was like, ‘No way!’ and I unzipped it.

“I was Superman for two minutes. That’s enough.”

Brandon Routh took on the lead in 2006’s Superman Returns, although Law could have starred in Brett Ratner’s scrapped project, Superman: Flyby.

Check out Jude Law’s interview with Stephen Colbert below: