The lush colors and crystal-clear sound in the Royal Belgian Film Archive’s restoration of Chantal Akerman’s Jeanne Dielman, 23 quai du Commerce, 1080 Bruxelles are a sublime look at what it means to bring a piece of cinematic history back to life. Akerman’s groundbreaking film, which follows a middle-aged widow burdened with a life of tedium, ultimately gravitates towards an unhinged afternoon of murder. Jeanne Dielman is just one of the restored masterpieces included in TIFF’s deluxe series: Restored!

Many contemporary filmmakers swear by film as a working format. From Paul Thomas Anderson’s The Master, to Quentin Tarantino’s recent epic Western, The Hateful Eight, both films were shot on 65/70mm film using spectacular Panavision cameras. The result is something intrinsic to what gives these pictures their sense of tone, aesthetic beauty and character.

Restored! holds a collection of influential works from around the world. The process of taking these treasures and restoring them is a delicate science that takes careful consideration, keeping the feel and artistic vision of the original film intact, while cleaning up and enhancing the visuals and audio. 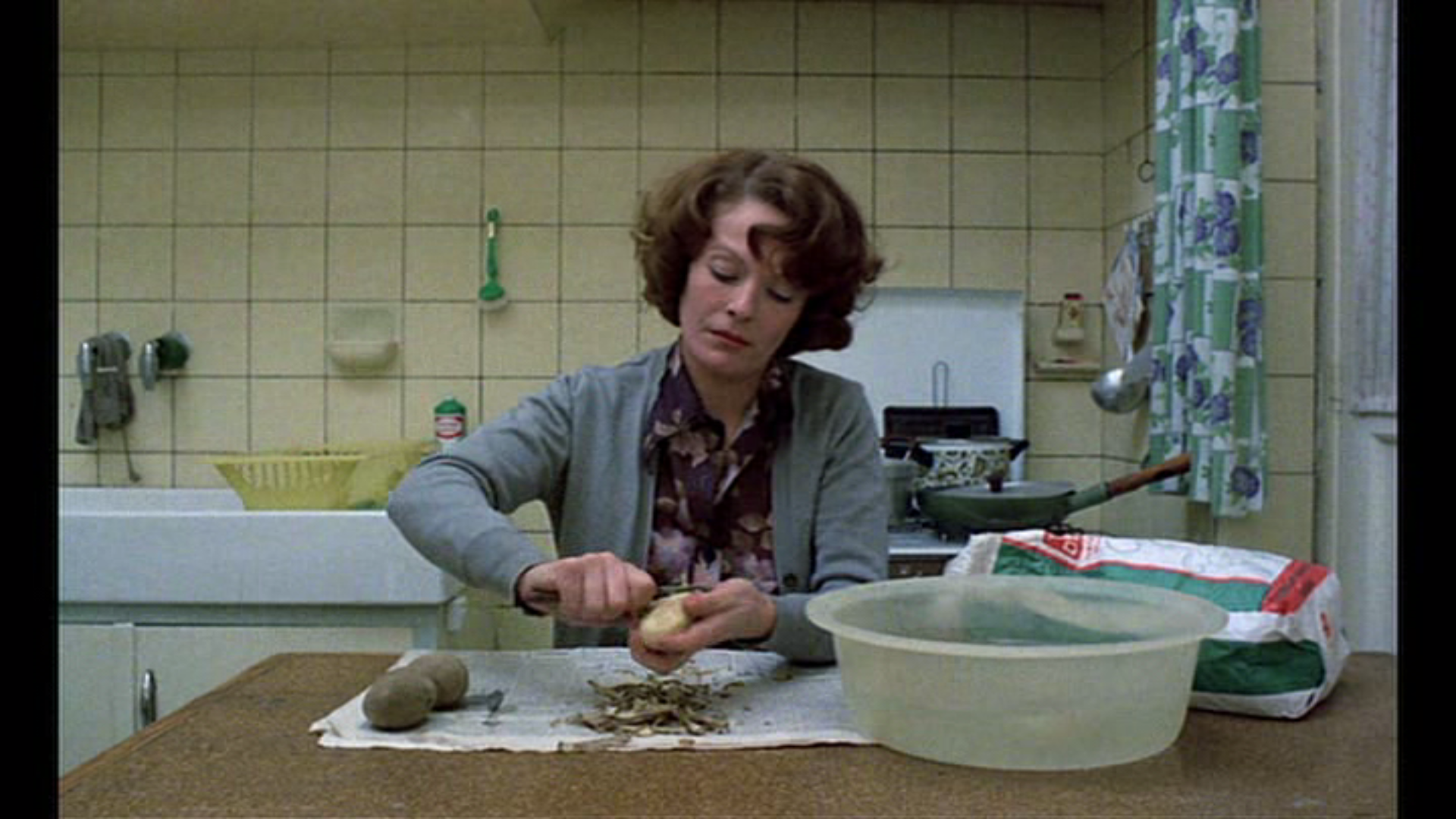 In an interview with TIFF, Nicola Mazzanti, director of the Cinémathèque Royale de Belgique, clarified what it really means to work on restoring a film with such historical and artistic depth as Jeanne Dielman: “Restoring means to respect the work as it was conceived and produced. It is not about improving or adapting to current tastes or standards. One could, theoretically, use available techniques to turn a 1940s movie into one from the 1990s, simulating spatial sound and improving picture quality — in other words, aiming to please the spectator and betraying the work as a result,” said Mazzanti, who is committed to preserving all of the late Akerman’s filmography.

Jeanne Dielman (screening at the TIFF Bell Lightbox on April 19) still holds a stoic stillness and dramatic three-day course of events that show a woman’s descent into a drastic state. We see her tender relationship with her son become secondary to her ultimate homicidal escape from routine.

It’s clear that the efforts of institutions like The Film Foundation (created by Martin Scorsese, along with Woody Allen, Robert Altman, Francis Ford Coppola, Clint Eastwood, Stanley Kubrick and George Lucas, among others), and the Royal Belgian Film Archive will continue to preserve the finest classics the world of cinema has to offer. Even Rian Johnson has been vocal about his decision to continue the trend and shoot Star Wars: Episode VIII on film. It’s an exciting time indeed.