Henry Cavill, aka. Superman, has revealed a new darker look for his DC character.

Cavill shared an image on Instagram which shows a close-up of an all-black Superman costume, check it out below:

The black outfit is similar to the one from 1992’s comic story, Death of Superman: 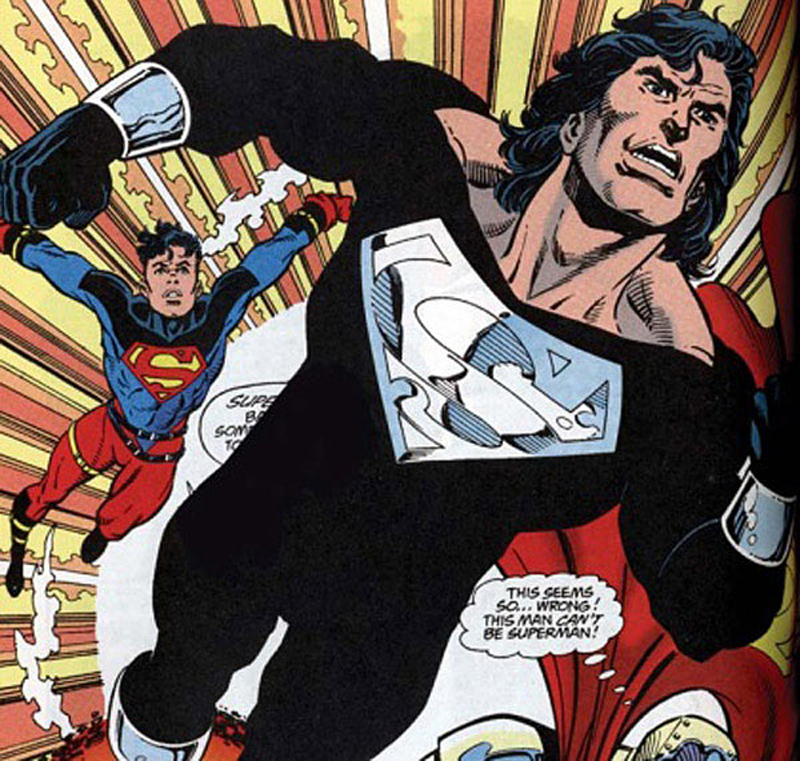 So it looks likely that his resurrection will be inspired by The Death of Superman story arc and we can see him don the black suit when Justice League hits theaters on November 17, 2017.