We have our second new recruit to the IMF team after Vanessa Kirby (The Crown) was announced a few weeks ago – and the addition is somewhat of a welcome surprise for Superman himself Henry Cavill is onboard for Mission: Impossible 6, with writer/director Christopher McQuarrie announcing the news via Instagram yesterday. 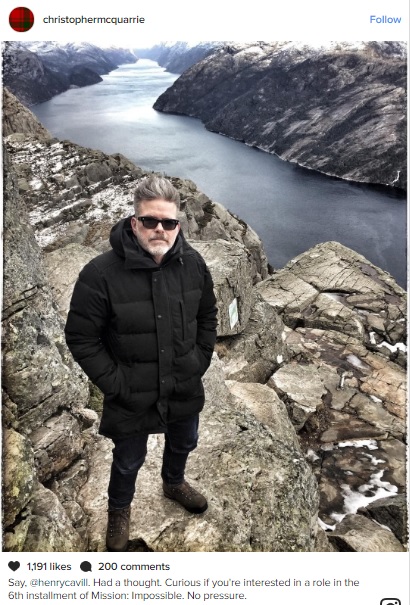 The Batman v Superman: Dawn of Justice and The Man from U.N.C.L.E star joins Tom Cruise for the sixth installment in the franchise, with Rebecca Ferguson, Simon Pegg and Jeremy Renner all returning after the previous film, Rogue Nation, which was released in 2015.

Part six is gearing up for production with the shoot set to begin in Paris at the start of April, with McQuarrie returning to write and direct the film after helming Rogue Nation marking the first time a filmmaker has made a second film in the franchise. The director had previously stated that a few more familiar faces from the series thus far will be returning for the new film so more casting news can’t be too far away.

The franchise continues to go from strength to strength with the films grossing over $2.779billion at the worldwide box-office so far. Rogue Nation grossed $682.3million in 2015 it’s 2011’s Ghost Protocol that tops the list, with $694.7million grossed.