Guardians of the Galaxy Vol. 2 had a strong debut weekend in the US, becoming Marvel’s fifth biggest opening of all-time.

The movie overtakes 2010’s Iron Man 2 to become the MCU’s fifth highest-grossing domestic opening. The Avengers’ movies will take some beating though, as they dominate the top 5, check it out below via Box Office Mojo: 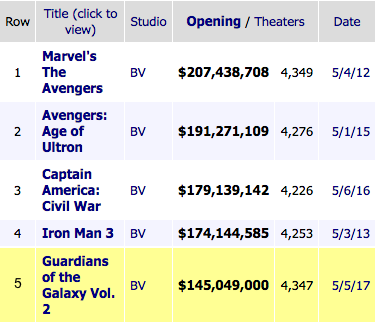 The Guardians sequel made $51m more than its predecessor did on its debut and it was also the second highest domestic opening of the year with $145m, falling just behind Disney’s Beauty and the Beast which made $175m on its US debut. See the full top 10 domestic openings from the weekend: 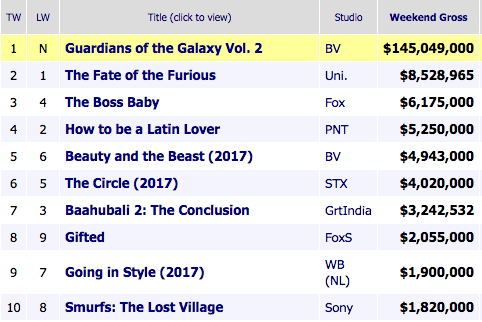 Read our Guardians of the Galaxy Vol. 2 review here:

Guardians of the Galaxy Vol. 2 Review