Game of Thrones season 7 wraps up this weekend with a 90 minute episode, which now has a title. According to Sky Atlantic, the season’s final episode is titled “The Dragon and the Wolf”: 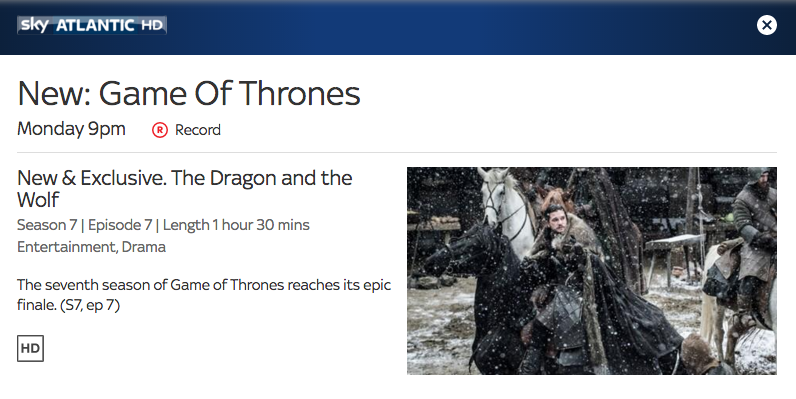 Is the title referring to Dany and Jon? Although as Jon is a secret Targaryen, perhaps it’s actually referring to Rhaegar Targaryen and Lyanna Stark?

We’ll find out when the final episode hits HBO on Sunday night, see its trailer below in the meantime: