STX Entertainment have today unveiled the first poster for their anticipated summer blockbuster Valerian and the City of a Thousand Planets, which you can view below!

The film marks the return of the acclaimed Luc Besson (Lucy, Leon), who writes and directs the sci-fi extravaganza. Based on the graphic novels “Valerian and Laureline”, the film stars Dane DeHaan (A Cure for Wellness) and Cara Delevinge (Suicide Squad) as “special operatives for the government of the human territories and charged with maintaining order throughout the universe.” 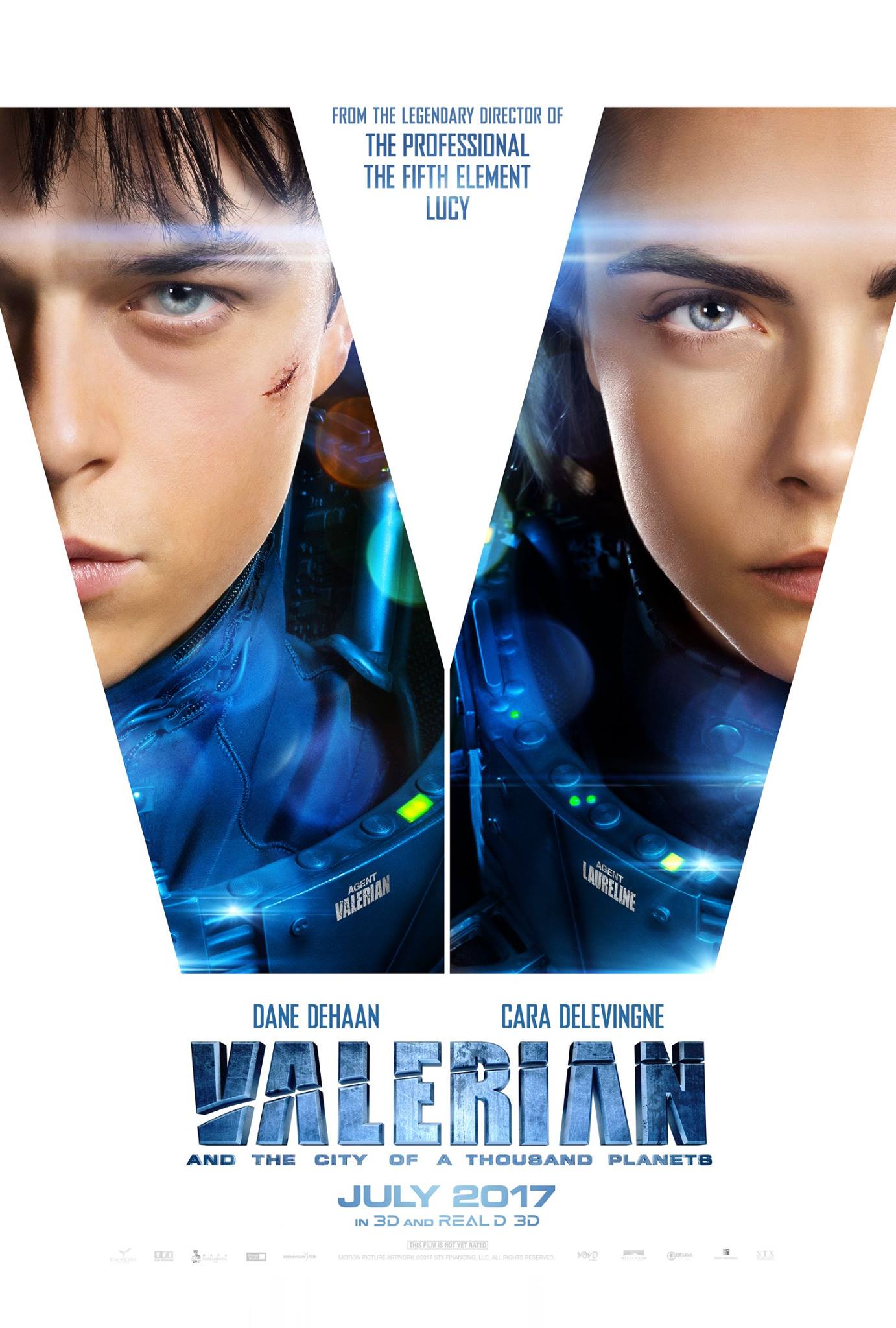 Here’s the synopsis:
In the 28th century, special operatives Valerian (Dane DeHaan) and Laureline (Cara Delevingne) maintain order throughout the universe for the government of the human territories. Under orders from their commander (Clive Owen), the duo embark on a mission to Alpha, an intergalactic city where diverse species share their technology and resources for the betterment of all. The ever-expanding metropolis is also home to sinister forces that jeopardize the future of mankind.

In addition to the poster, a new trailer arrives on March 29th.