First official images have arrived from Marvel’s Thor: Ragnarok, with Chris Hemsworth’s titular character sporting a new look and haircut. We also get our first glimpse at Cate Blanchett as antagonist, Hela, Tessa Thompson as Valkyrie, and Jeff Goldblum as the Grandmaster.

The new photos come via Entertainment Weekly, while the outlet also revealed some plot details… It turns out that Hela is released from imprisonment by mistake, and she sends Thor to Sakaar, which sees him face off against Mark Ruffalo’s The Hulk.

“[Sakaar is] basically where every wormhole across the universe dumps out its trash, so you get people from all walks of life with all sorts of incredible abilities and powers. No one cares what prince or king Thor may have been in another world. Also, his strength is pretty easily matched with those he finds himself amongst.” Hemsworth told EW.

Check out the images below: 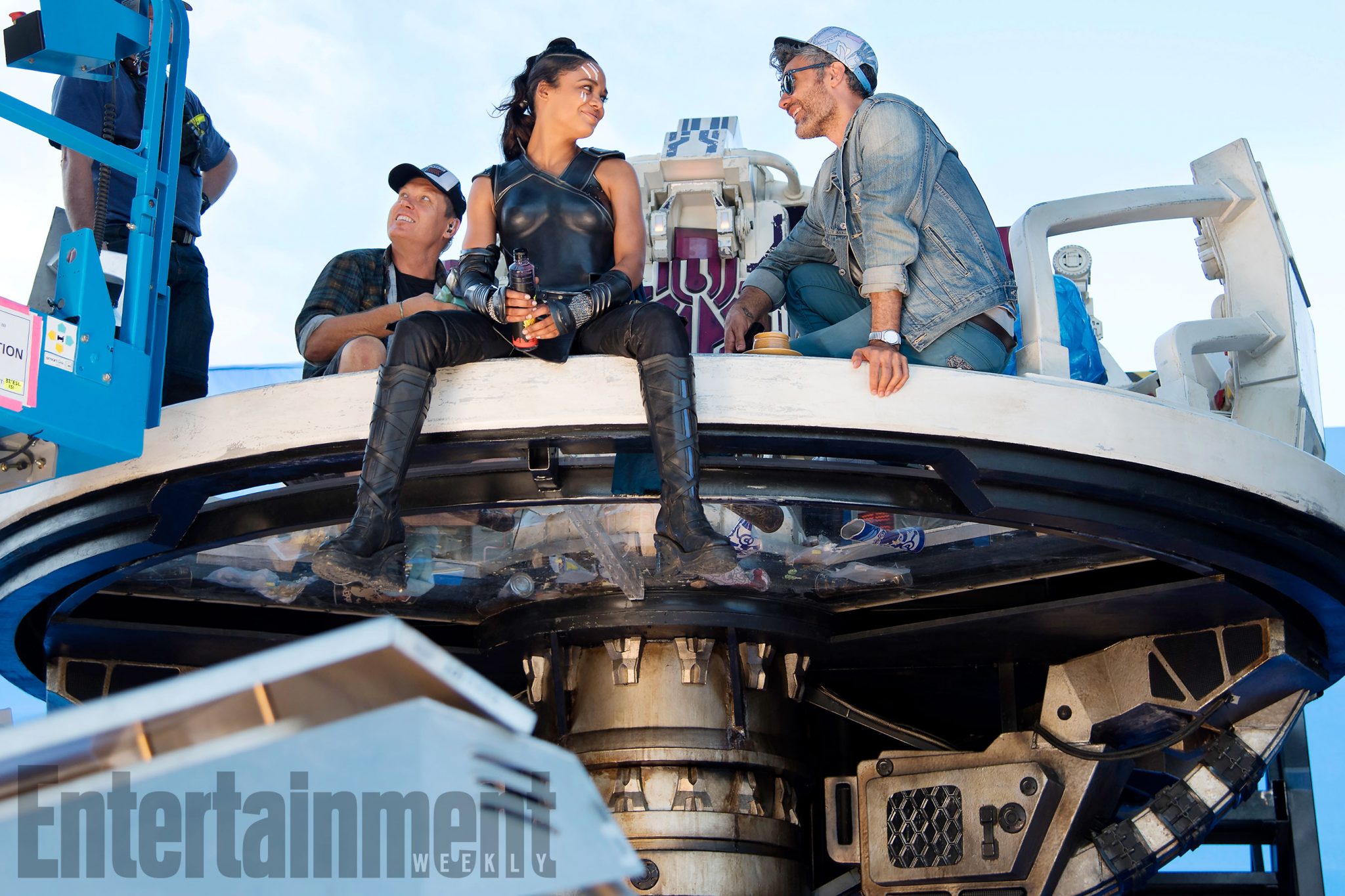 L to R: On set with Tessa Thompson (Valkyrie) and Director Taika Waititi. 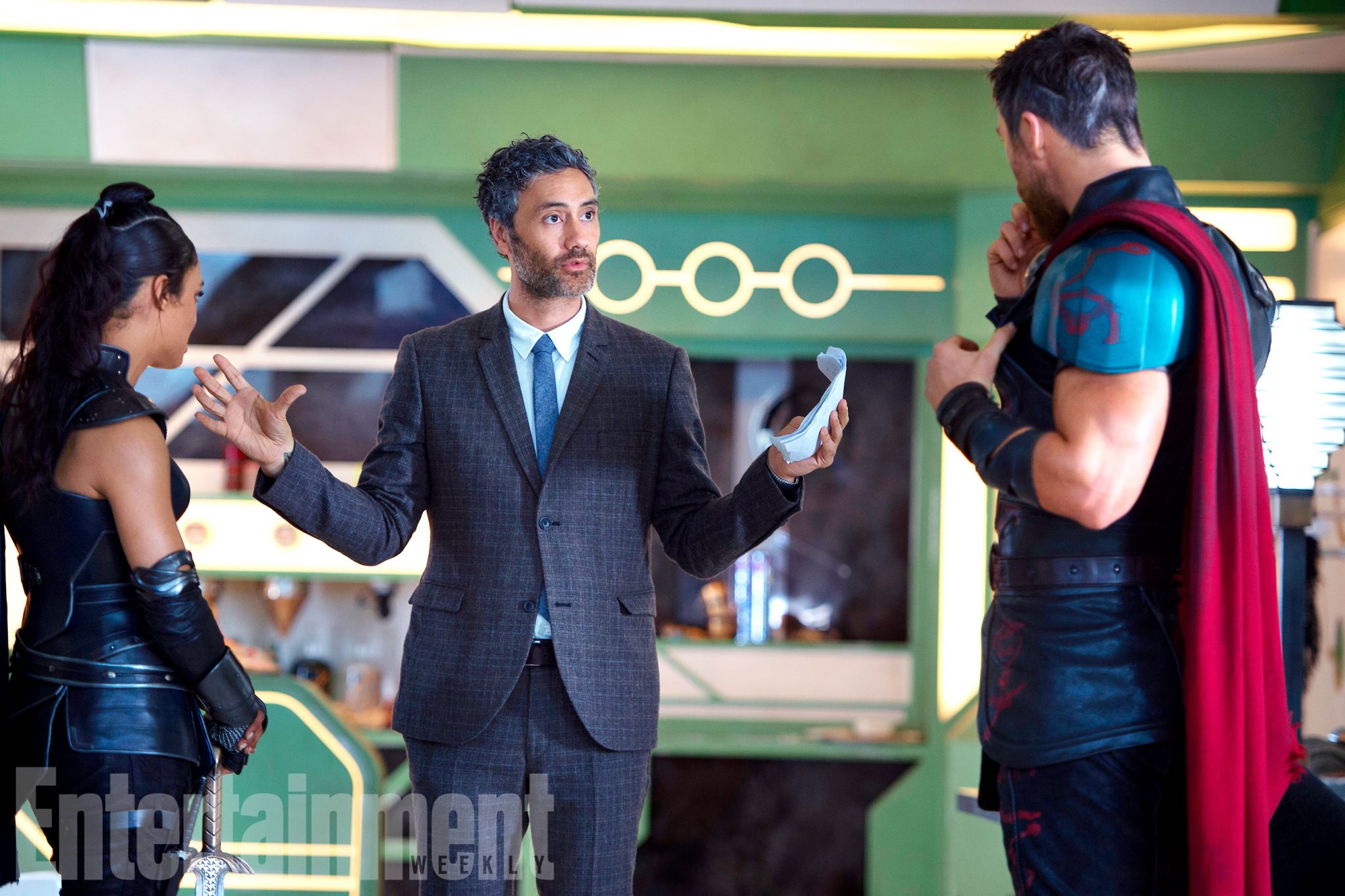 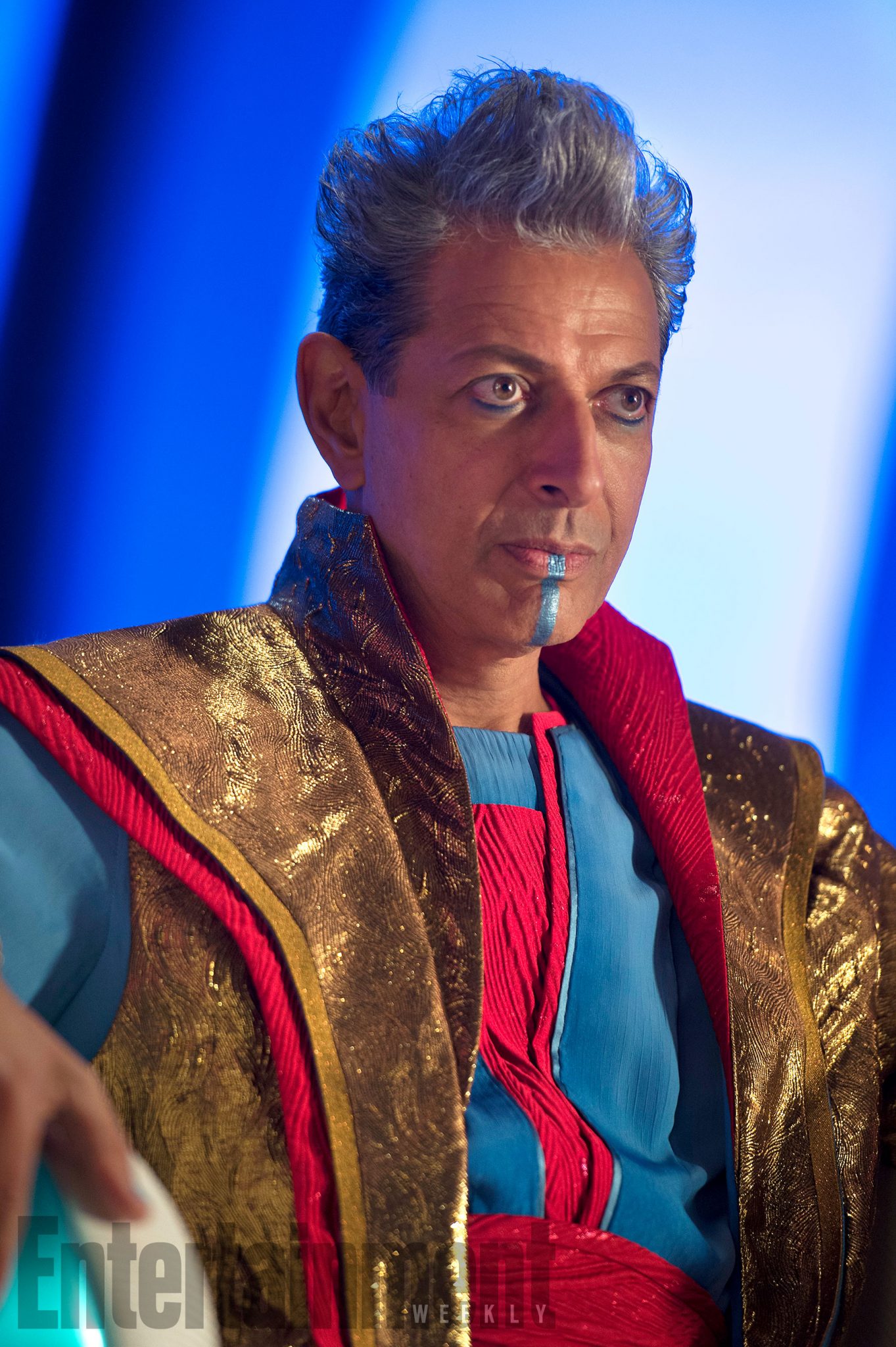 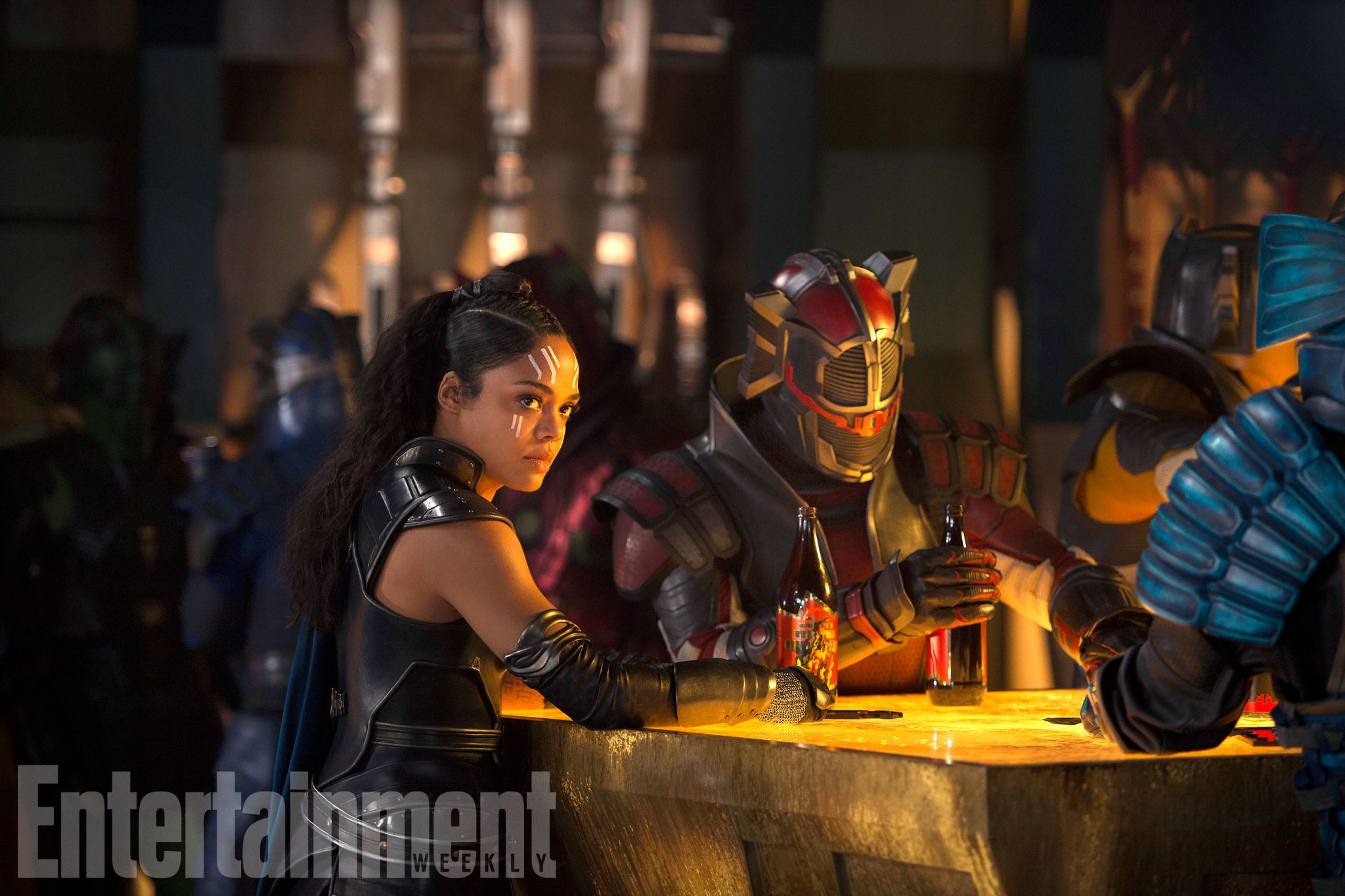 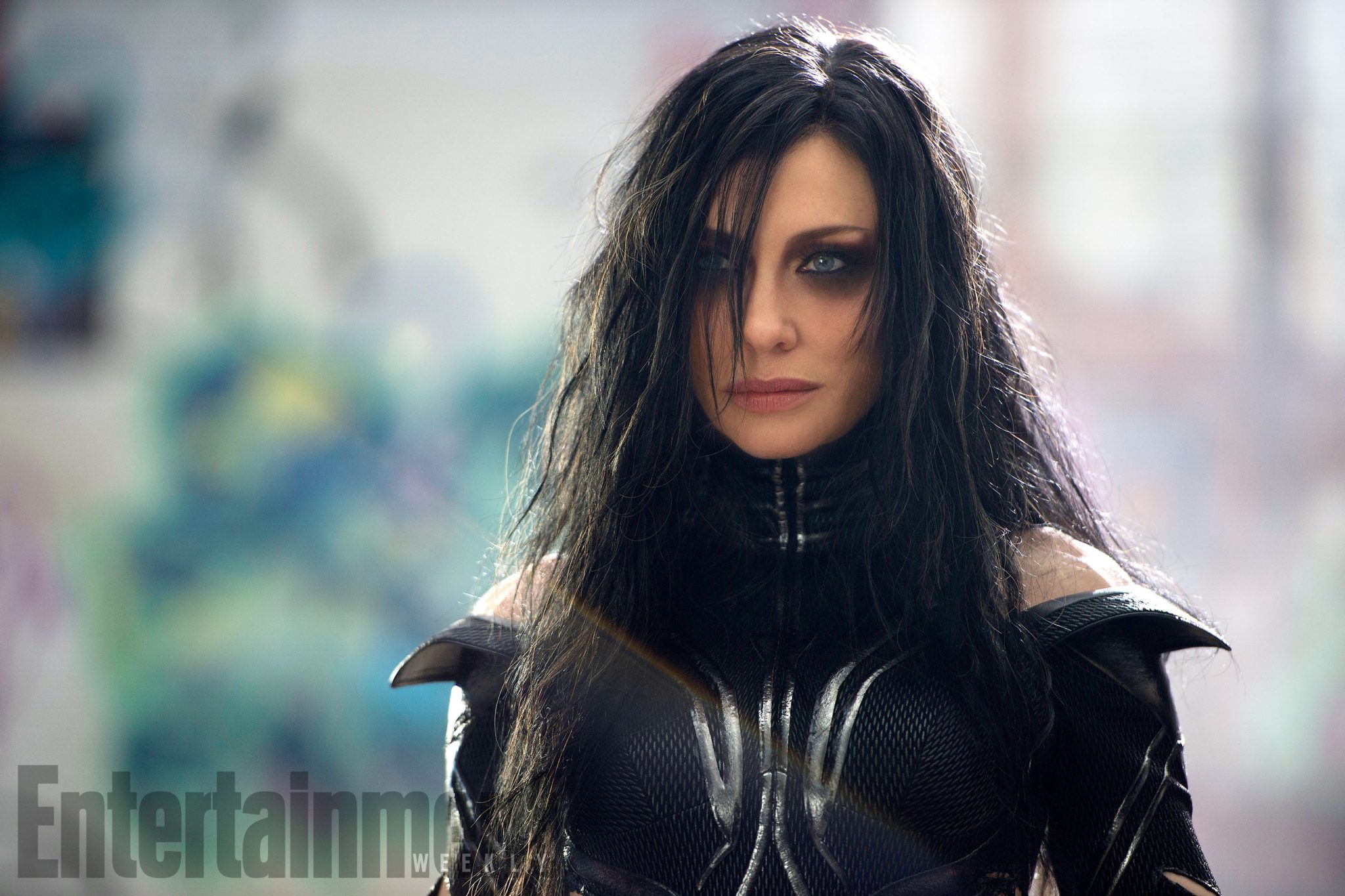 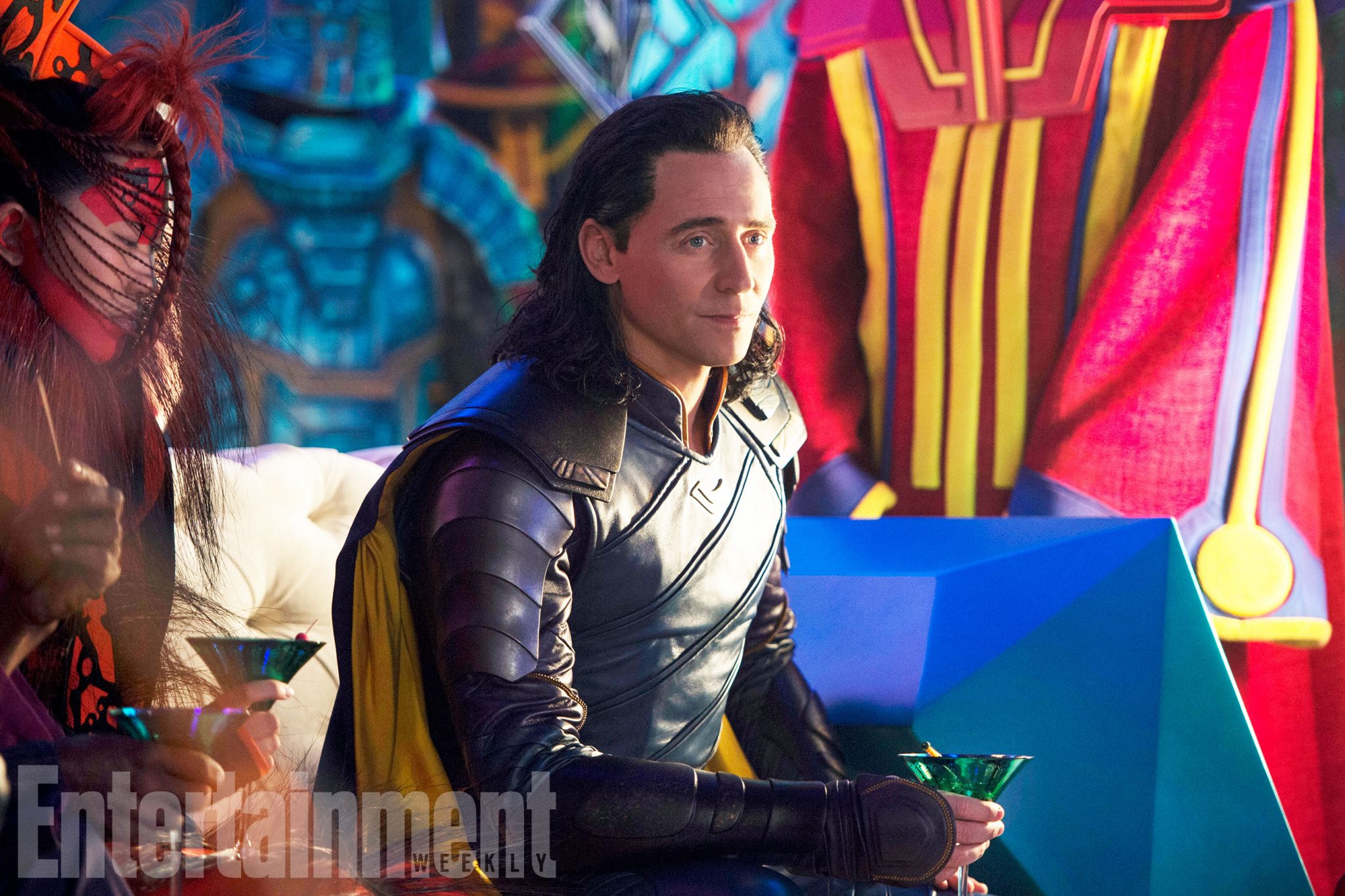 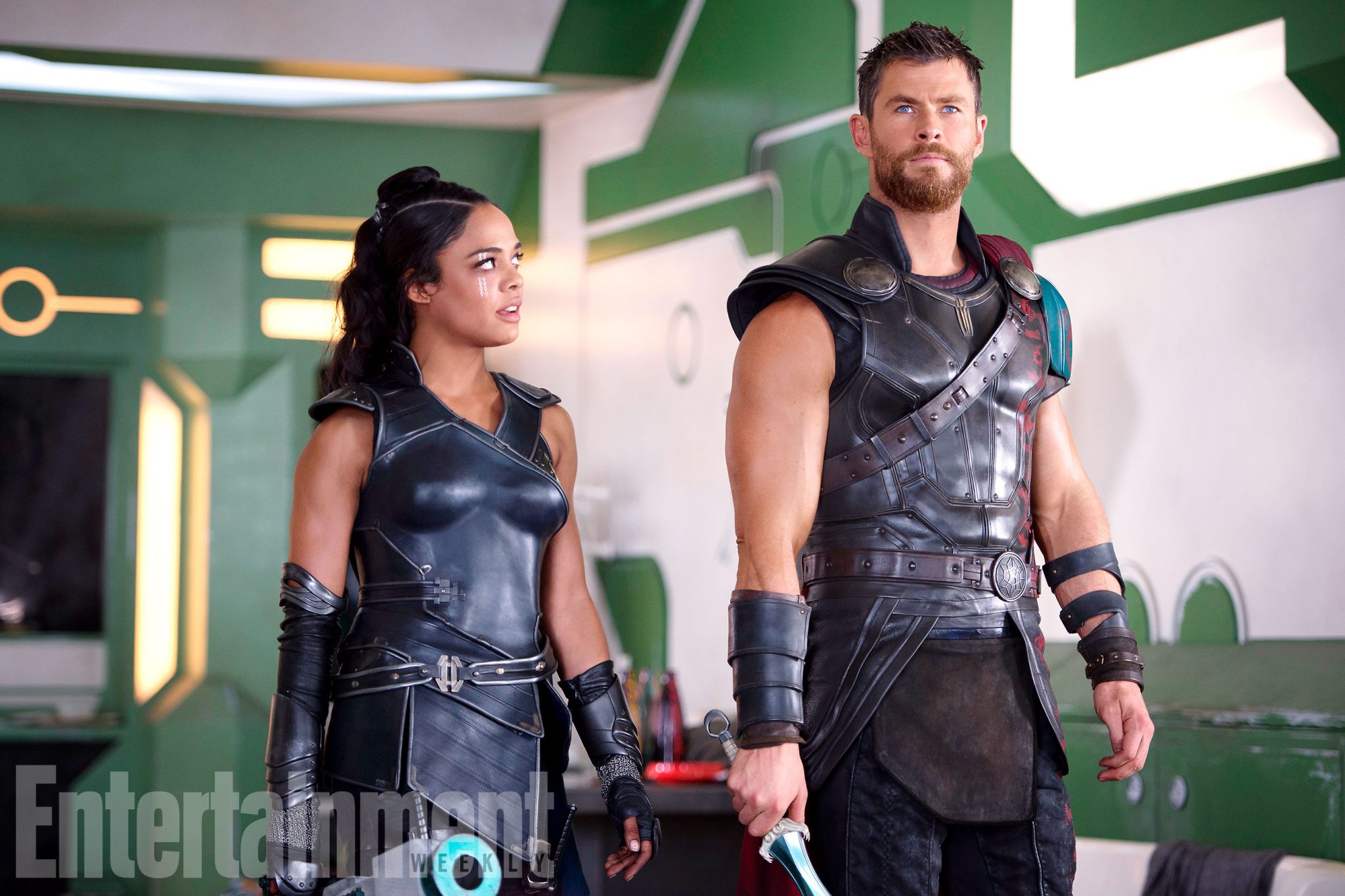 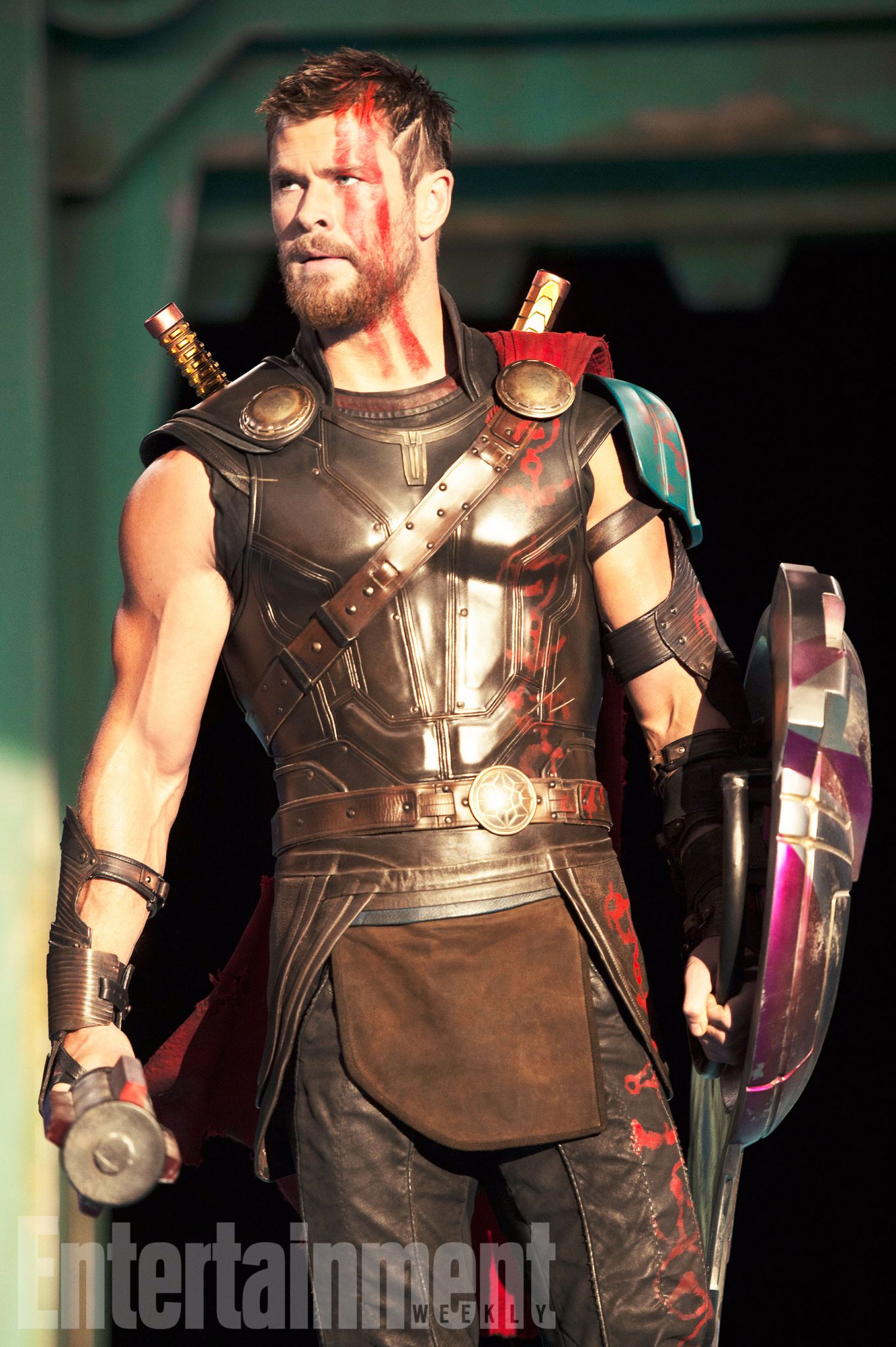 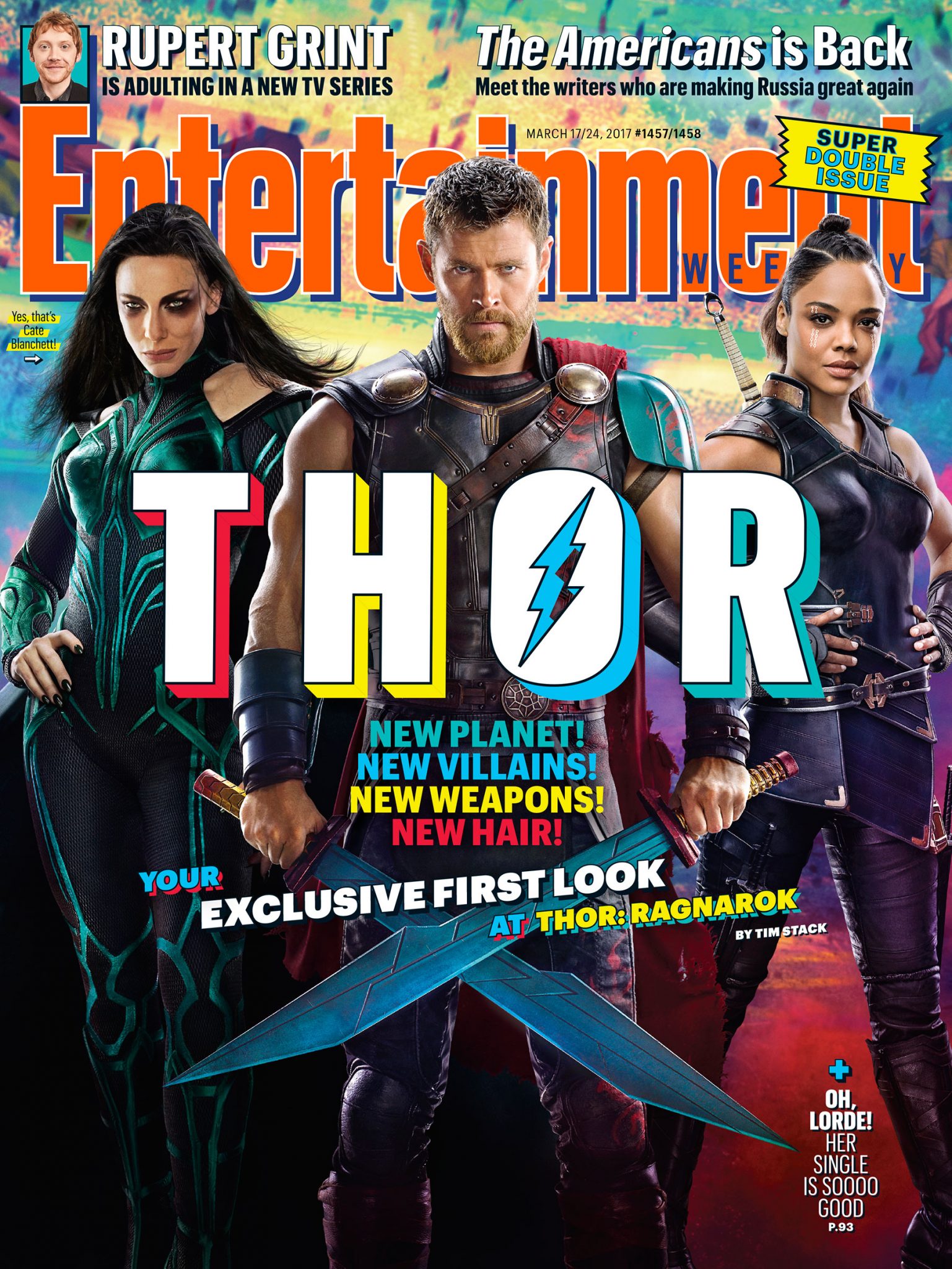