Ricky Gervais’ new David Brent feature length film Life On The Road was officially announced in May and now comes the first look at his famous Office character on set. 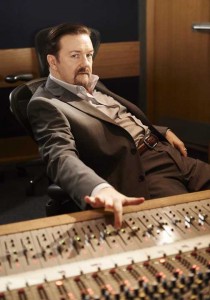 Gervais has written and is directing the film himself with shooting now underway. Our egotistical, somewhat delusional main man is back as the focus of a documentary as he combines a career as a travelling salesman with the continued chasing of his dream to be a rock star via a self-financed UK tour with band Foregone Conclusion.

Life On The Road is due for release in August 2016.