Disney-Pixar have released the first image and details of its new short film, Piper, which will accompany Finding Dory this summer.

Entertainment Weekly revealed the image for the six-minute short film and you can see it below: 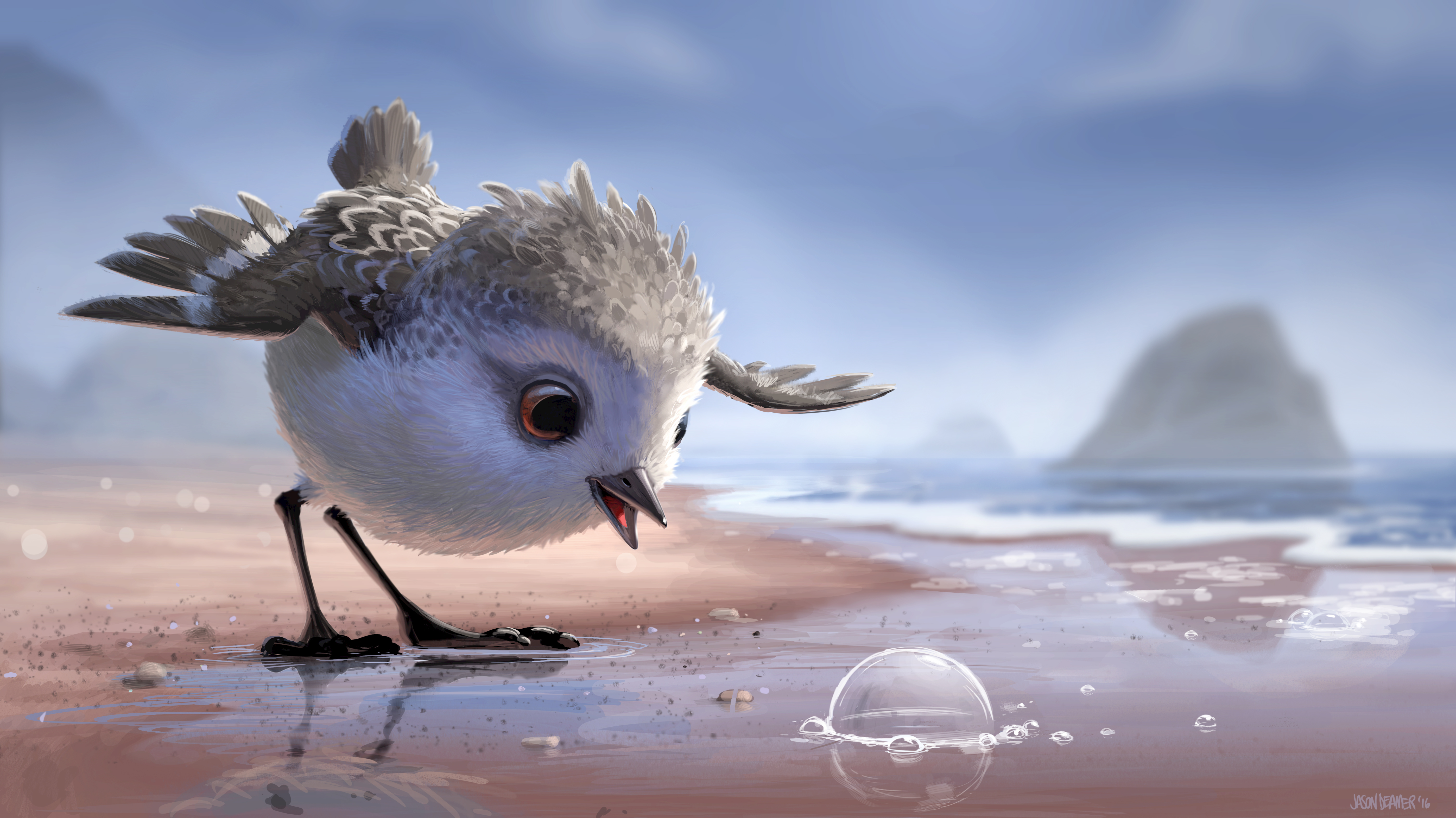 Piper tells the story of a child bird learning about the food chain and overcoming its fear of water on a beach with help from its parent and friend.

Director Alan Barillaro told EW how he came up with the idea:

“Seeing the way these sandpipers react to waves and run, I always felt, ‘Gosh, that’s a film, that’s a character. It’s always fun to show a world we’re familiar with but from a different perspective. We’ve all been to the beach, but have we ever viewed water from just an inch off the sand? That could be very fearful from a bird’s perspective.”

Piper is soundtracked by King Crimson singer, Adrian Belew and will feature before Finding Dory which hits US screens on June 17.