Disney-Pixar has released a first image from their new short Lou, which is set to be shown in theaters with Cars 3.

The first look comes via USAToday and you can check it out below: 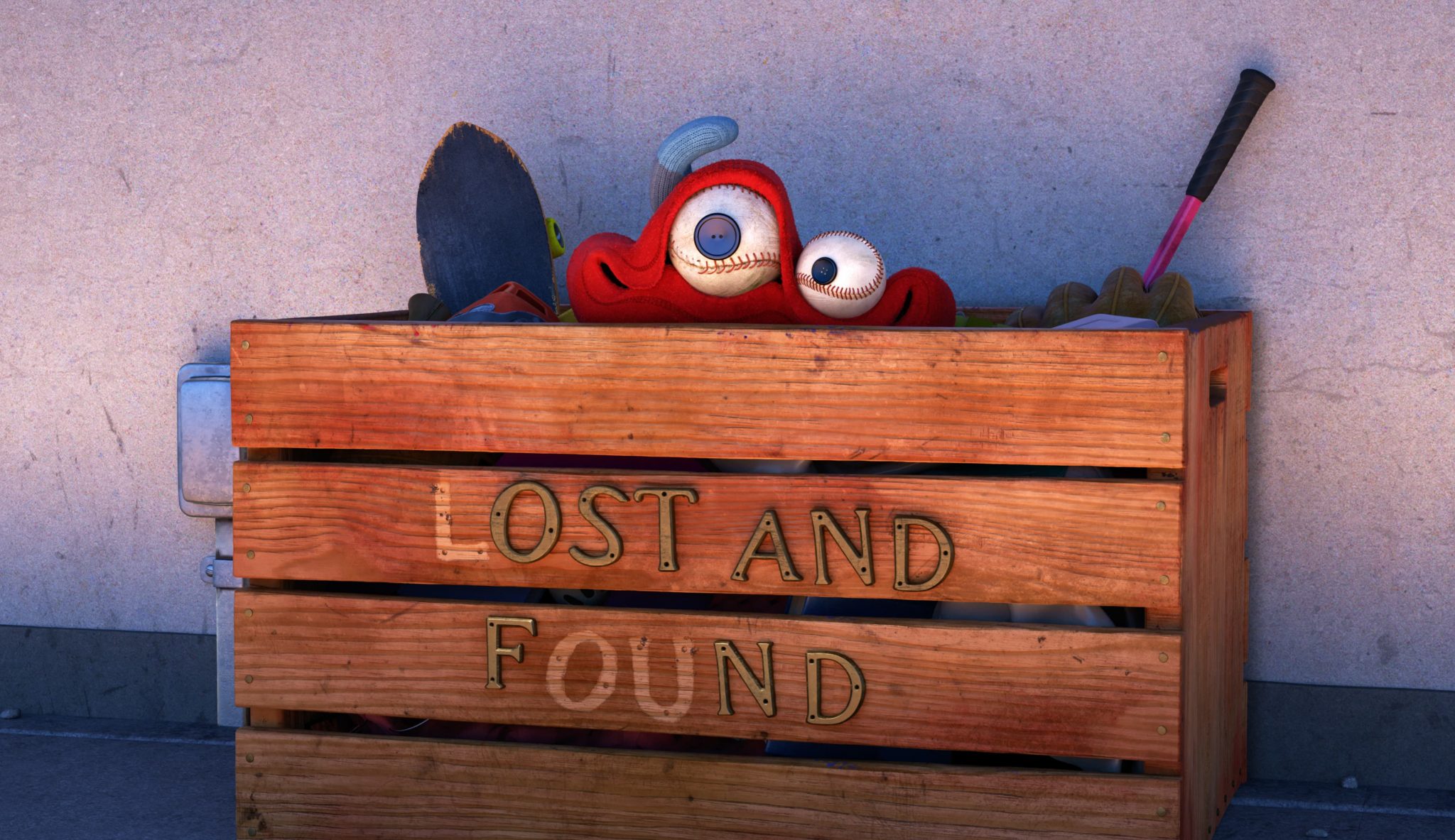 The 6 minute short tells the story of an unseen creature in a school’s lost-and-found bin who helps teach a bully a lesson.

With baseballs for eyes and cloaked in a red hoodie, the title monster keeps a watchful eye on the kids on the playground in secret from his box. A boy named J.J. is a real terror, snatching a video game from his classmate and kicking a girl’s stuffed animal into a basketball hoop, and Lou decides it’s time for a high-jinks-filled comeuppance.

Excited to announce our next short, "Lou," directed by @_DaveMullins! pic.twitter.com/BQweer93wB

Lou is directed by Dave Mullins and arrives with Cars 3, on 16th June.