UPDATE: A first teaser for the film has arrived:

Sony has released a first look at Luke Evans’ character and co. in the upcoming Professor Marston & the Wonder Women movie.

The film tells Dr. William Marston’s story, the Harvard psychologist and inventor who helped invent the modern lie detector test and created Wonder Woman in 1941. Evans plays the titular role and we have our first look at how he’ll shape up in the role with the film’s artwork: 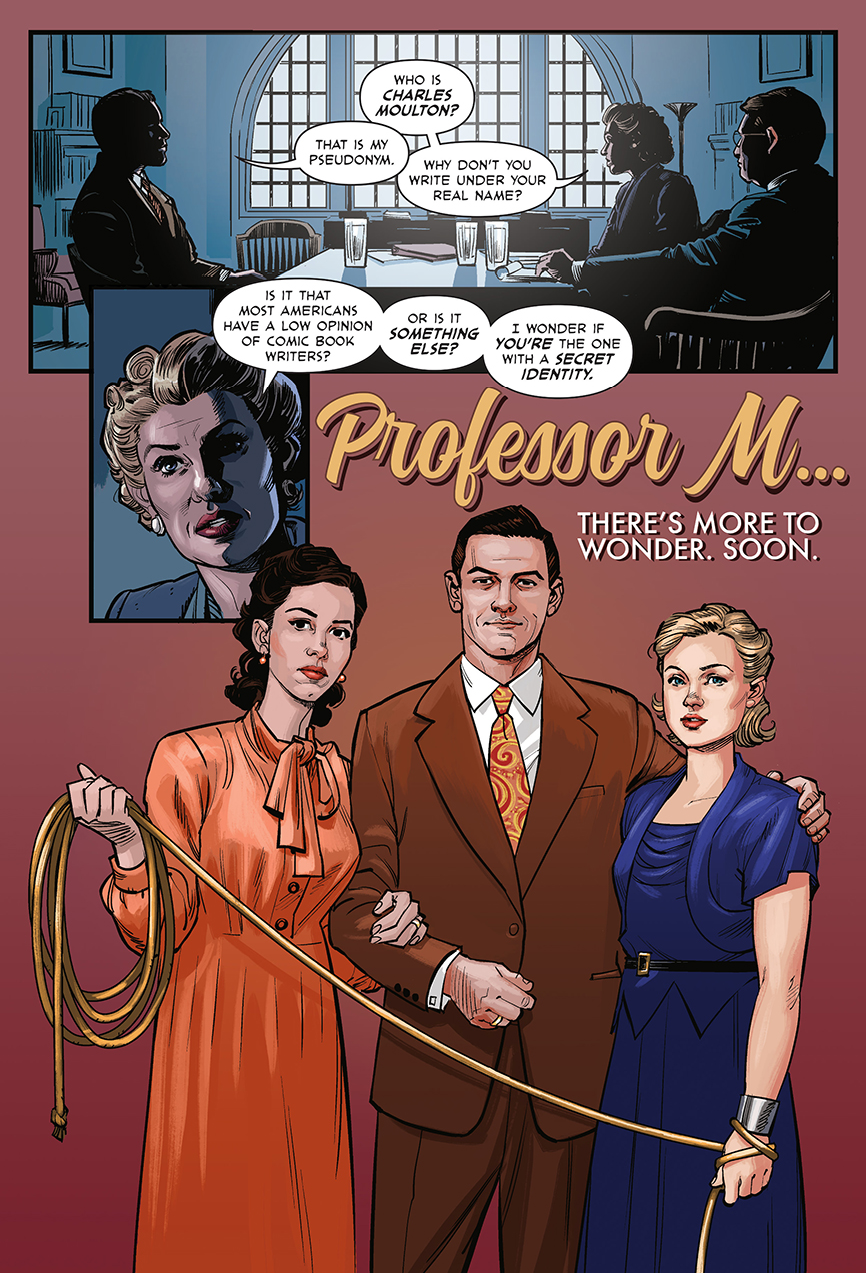 The site also has a couple of teasing sound bytes which you can hear below:

True Blood director Angela Robinson is at the helm and we can expect the first trailer for Professor Marston & the Wonder Women very soon, with a release date yet to be announced.