An image has been released via Collider giving us our first proper look at Liam Neeson in Martin Scorsese’s Silence. 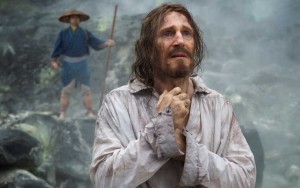 Adapted by Gangs Of New York’s Jay Cocks from Shûsaku Endô’s novel, Silence has been a passion project of the director’s for years. It follows two Jesuit priests – Andrew Garfield and Adam Driver – who go looking for their mentor (Neeson) in 17th century Nagasaki, Japan, and encounter violent persecution.

Silence will likely arrive in late 2016.